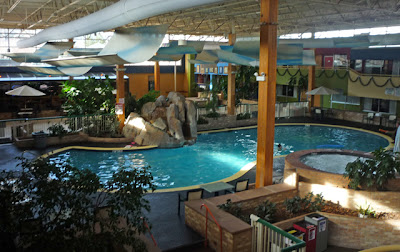 This was the fantastic and heated hotel pool in Boulder, Colorado.  My kids loved it. They also loved the hot, hot, hot tub and the climbing area. Which is good because by the time we arrived here it was clear that I was really coming down with something and needed some rest. So Mike took them here while I conked out. 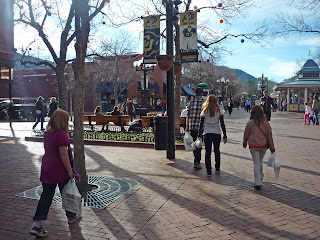 After we checked out we headed over to Pearl St. to get some lunch. 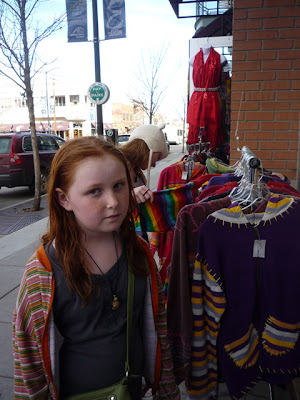 We also did some shopping. 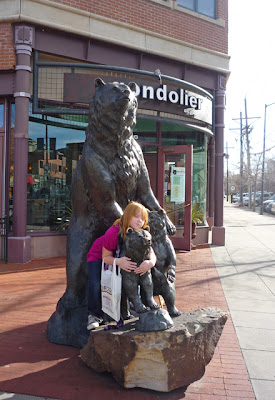 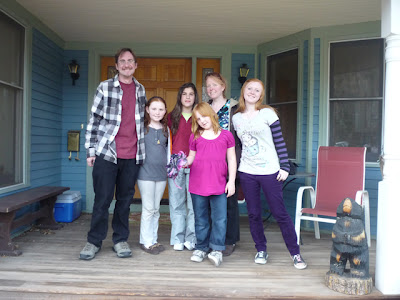 After lunch we met up with Sofia.  Sofia is Phoebe's friend from Argentina, who then became friends with us all.  She is now an exchange student in Boulder. In this photo we're posing in front of her host family's house.
One of her hosts, Bob immediately told me the story of his house.  He said that one day a man in Atlanta chartered a plane and as he flew he decided to commit suicide by flying into the Rocky Mountains.  He missed the mountains and hit the house.  Bob lived a couple blocks away at the time, and came running in time to see the giant fireball that consumed this house.  He and his wife bought the new building that is here now. 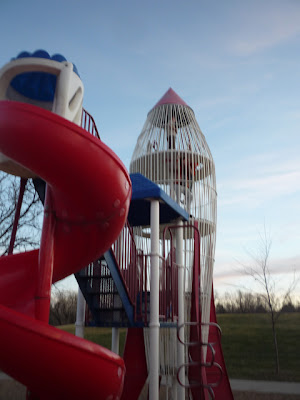 We took Sofia out for frozen yogurt and went to the Scott Carpenter Park nearby. Scott Carpenter was an astronaut so there is a spaceship here.  Mike lived in Boulder as a child and remembers playing on this very spaceship. 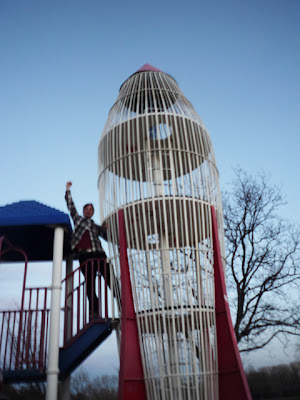 And here he is on it again!
We really enjoyed seeing Sofia and she is adjusting to life here in the U.S. The three things she noticed right away as being very different from Argentina are:
1. Everyone has a really nice car and there are so many!
2. There are American flags everywhere.
3 Everyone speaks English really fast!
I have finally finished with all of my hand turkeys on my art blog. 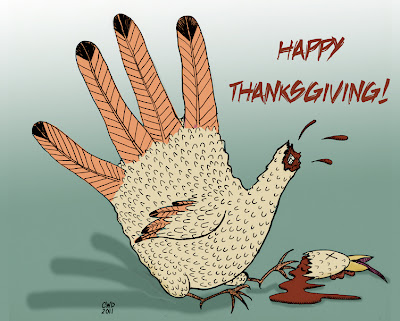 Unknown said…
Wow, great post! You got to go to a lot of great places in Boulder. My favorite one that you talked about is the Scott Carpenter park for a number of reasons. 1) I live so close to it, and 2) It has so many fun and free things in it! The other day I was checking out Life Medium and a guy named Matthew Seabrook posted an article about all of the free things you can do on a snowy day at Scott Carpenter park. Here's the link: http://wp.me/p1INOy-xB. If you ever come back in the winter, you should definitely try a few of these! Thanks for sharing your trip with us.
December 4, 2011 at 7:52 AM