It's that time of the month...

If you're thinking what I'm thinking then you know I'm talking about our show Art of The Red River !

This coming Monday,  me, and my co-hosts Mike Dubisch and Wade Zahares will be interviewing some amazing artists...

Our first guest will be the one and only, Joe Staton. Joe has been making his living drawing comic books for almost exactly thirty years. This legendary New York artist received an Eisner award in 1998 for World's Finest: The Superman-Batman Adventure, in the animated style. For years he was the artist on "the best-selling, most successful crime-detective book of recent memory -- Scooby Doo. The detectives are all underage, one of them is a large talking dog, and the crime is almost always real-estate fraud, but, hey, it just depends on how you look at things." Currently the regular artist of Dick Tracy, we're honored to him join us on our show. 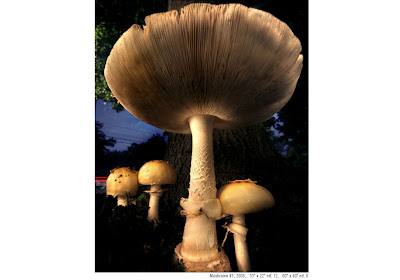 Our second interview is with an incredible photographer, Chris Becker.  Chris’s photographs are striking, often haunting representations of nature or cityscapes simultaneously in flux and silence; they are an exploration revealed at once in grand scale and finely detailed minutiae. He is represented by Jim Kempner Fine Art in New York City and exhibits in other galleries throughout the U.S.  His work can also be seen at Holly Hunt in New York, Chicago and Los Angeles.  Becker often photographs for the The New York Times, National Geographic Adventure and other editorial publications, and received a BFA in Photography with an emphasis on Environmental Geography from Ohio University in 1992. He currently resides in Kennebunkport, Maine. 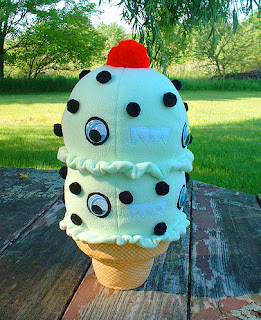 Our next guest will be Jenny Cooper Harada.  Jenny creates zany plush monsters and lives with her family in  Cliffside Park, New Jersey. Her work has been exhibited in many plush shows in Brooklyn, New York and other galleries across the country.  She's also been featured in numerous magazines, including Hi-Fructose, Clutter and Adorn. Pick up her new book, "Me Make Monster: A Mish-Mash of Monstercraft", from North Light Books, and create your own disturbing plush creatures with her help! 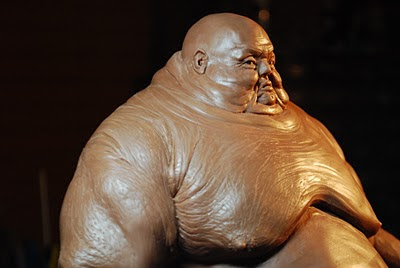 Closing the show will be artist Jason Hite. Jason is a designer, sculptor and department manager for one of the largest Halloween companies in the world, Disguise Inc. Jason has a hand in creating monsters, superheroes, princess cameos and almost anything you could imagine for a costume. He has created numerous products for companies like Marvel, Disney, Sony, Fox and many others in his 12 years at Disguise. If you're anywhere near Hollywood,CA, be sure to check out his work at Congregation Gallery,in their upcoming "Judgement Day" show, opening June 11th.  He currently lives in San Diego, CA with his wife and 3yr old son. This is a link to a film Jason worked on called "Stasis"
I hope you'll listen in for as we talk with some really amazing artists!!!
Email Post
Labels: Art of the Red River Chris Becker Jason Hite Jenny Harada Joe Staton Mike Dubisch radio-show Wade Zahares

Anonymous said…
Its irony that people from this end of the world can't be recipients of such great shows...Would love to hear about the work and journey of such reputed personalities...You are lucky! All the best for your show..
May 20, 2011 at 12:56 AM

Carolyn Watson-Dubisch said…
HI Fiducia, I don't know where you are, but anyone with internet access can listen in. If you click on the link in the post "Art of The Red River" it will bring to the show. Just don't bother till Monday, though! (we haven't done it yet.) :) Cheers Carolyn
May 20, 2011 at 6:30 AM

Shabby Chic Boho said…
I hope I can listen in, sounds like they are really great artists, and I'm especially interested in the photography. Those shrooms are cool :).
May 20, 2011 at 12:53 PM