Last night I attended a winter solstice ritual with a friend of mine from Ocean Beach.  It was.... surreal, and I kept looking around for cameras, because I felt a bit like I was in a movie.  By movie, I'm thinking, "The Men Who Stare at Goats" (if you haven't seen it it's quite funny).

We called to Ganesha (the elephant headed god), and chanted, and sang "We wish you a Merry Yuletide",  then we wrote our blessings and wishes for the new year on scraps of paper and burned them in an urn.  Before I stepped in the circle to burn my scribbled down hopes an Asian woman, who had been very quiet all night and never removed her jacket, stepped up and gingerly placed her paper in the flames.  As I stood over the urn and dropped in my crumpled ball of wishes I saw her paper aflame with the word FREEDOM written boldly across it. I glanced up at her and her head was down carefully inspecting the carpet.  Silently I stepped back and returned to my place in the circle. The evening ended with vegan chocolate cookies and hot apple cider. 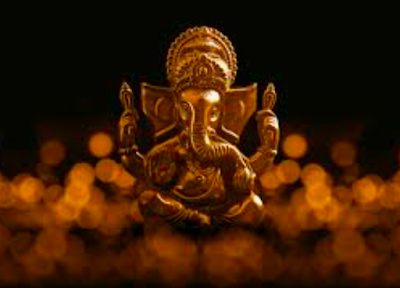 Phoebe's been running a fever the last two days and has been feeling generally crummy.  So while she was feeling cranky and out of sorts she cornered me and demanded to know if Santa was real.  I sighed and muttered and then I said "Well, you're nine years old now.... No, Mommy and Daddy buy all the presents."
"You do? You buy them all?"
"Yup! (feeling kinda proud)"
And then... She burst into tears and wouldn't stop crying.  I had to draft Chloe and make her talk to her, which seemed to help.  Then she asked me about The Tooth Fairy , which was a shocker (as I've mentioned before I'm the biggest slacker of a Tooth Fairy that ever was).  I guess believing magical creatures are coming, bringing cash and gifts is just more appealing and fun. Growing up is such downer.
Blessings to you all this Holiday Season!
Email Post
Labels: blessings Ganesh Santa The Men Who Stare at Goats tooth fairy winter solstice

MikeDubisch said…
I think to this day we haven't really admitted faeries aren't real to the girls. We've never really pushed religion of any kind on them but have certainly encouraged a belief in magic. Interesting that you bring up Men who stare at goats in the same post, as the psychic phenomenon would also be seen as magic to the skeptic.
December 20, 2010 at 12:39 PM

Unknown said…
ya know, I started appreciating the Gods of other religions back in college when I took a world cultures course...you can't have too many "people" watching over you :) I still have my Ganesha statue from that class! we did a project (a very silly drama skit) and I was responsible for finding a statue Ganesha for our "play".....all I could find was a plain elephant statue. hmmm, is that sacrilegious?? My "Ganesha" statue is sitting in my bedroom on a cabinet -- with a superglued nose because he broke in our last move....oh, I'm going to hell!! LoL...
December 20, 2010 at 2:07 PM

Debra said…
I told my kids the truth about Santa too, Carolyn. Give credit where credit is due!
Following you on Google.
Hope you'll swing by and visit my blog too. I love company!
Happy Holidays!
Debra
http://debrasblogpureandsimple.blogspot.com
December 20, 2010 at 4:27 PM

cat said…
I don't know how you do it. I couldn't even tell my friend that 'baked beans' was pronounced as 'baked beans' and not 'ba-ked (two syllables) beans'. I presume its effects would be like that of Phoebe's. BTW, Phoebe must be really smart because she asked about the Tooth Fairy right after!
December 20, 2010 at 11:36 PM

Unknown said…
Oh dear! I'm not looking forward to my son finding out about it in that case. Perhaps he won't mind, though. As for the tooth fairy, well that's another matter altogether.
December 21, 2010 at 2:20 PM

Carolyn Watson-Dubisch said…
Not all kids are the same about Santa. Her older sister "figured it out" on her own and spent the last 5 years playing along because it was just more fun. Phoebe NEEDED an answer, so she asked. Now she's being a big helper wrapping presents and providing a much shorter Christmas list.
December 21, 2010 at 2:43 PM