Yesterday at 8:00am our sandcastle team gathered at Imperial Beach for the 30th annual U.S. Open Sandcastle Competition.
We were supposed to get there by 7:30am, but getting our act together and 7 of us ready was surprisingly difficult at 5:30am (when we woke up). 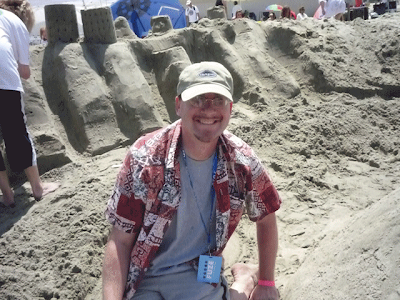 It was intimidating when we arrived. We were placed between two previous winners, who had big sponsors and tents and some teams flew in from as far away as Australia and New York.


Next to us they had a camera on a big boom that swung overhead.

But when the horn blew we just got started and tried not to think about the man with the giant 3D camera filming us. 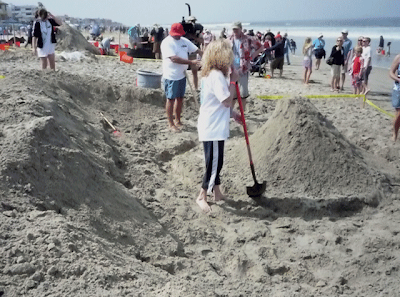 After an hour you can see it's no longer a flat bit of sand.

Of course our plot was positioned right in front of the judges tents (also a bit intimidating).

Here we have started wetting the area where we will sculpt the head.

As the day progressed the crowd surged in size! 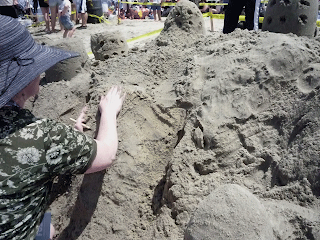 The kids kept busy with their own project. 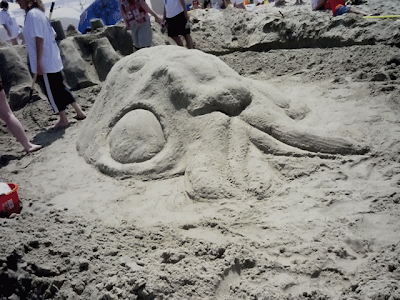 Right after Mike finished the head. 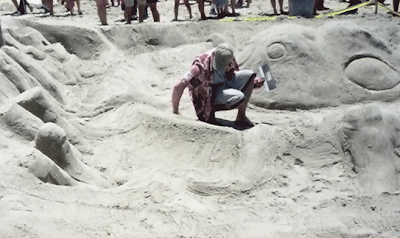 Mike building up the wall.

Working in front of such a large crowd was distracting to say the least.

There were 305,000 people there, not to mention N.P.R. was roaming around interviewing and the Discovery Channel was filming.

By the end our "Menace from the Deep" came together pretty well!

For a bunch of first time sand sculptors I think we're all pretty proud of this one! 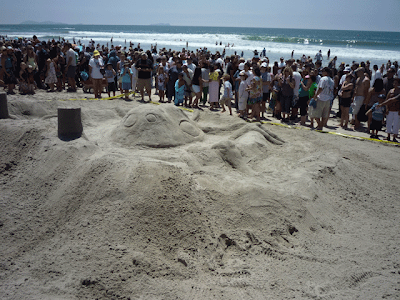 One thing to consider though.... A crowd this big makes for A LOT of traffic! It took us three hours to get home, and boy was I glad when we finally made it. Today I am VERY sore.
Email Post
Labels: crowds Cthulu Imperial Beach Menace From The Deep oil leak sandcastle U.S. Open Sandcastle Competition

Lily said…
How exciting, and very well done! I imagine it took lots of planning, I would not have known where to begin! Awesome job!
August 16, 2010 at 6:39 AM

Carolyn Watson-Dubisch said…
Thanks guys! It was a good attempt for a first time around. We'll do better next year!
October 22, 2010 at 9:12 PM