Yesterday we saw a piglet bouncing along through the park, walking with some people. It's not a very big park. On one side is a cathedral, next to it is the gazebo and a basketball court and a tennis court. It's the size of one city block. Often we see iguanas, sunning themselves in the coconut trees that hang over the basketball court and there are parrots that sometimes fly around in the canopy. Once we saw some people hop out of their car with a monkey. They walked over and sat on a bench, gazing at their phones while their monkey climbed the trees around them, and last September I climbed the steps at the gazebo and gazed up at the ceiling. It was teeming with tiny geckos the size of my thumb. I don't go in the gazebo anymore, but, yes, we did see a tiny piglet. He was very, very cute. 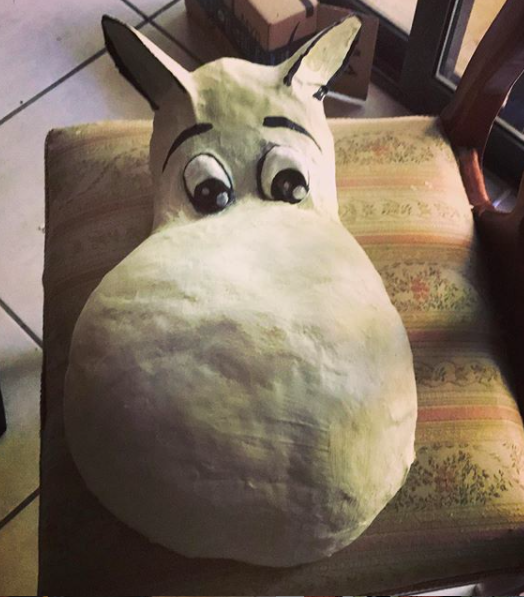 Right now I'm finishing up a custom mask order for this "Moomin" mask (a cartoon hippo), he's a popular character in Sweden and my client just happens to be in Sweden. 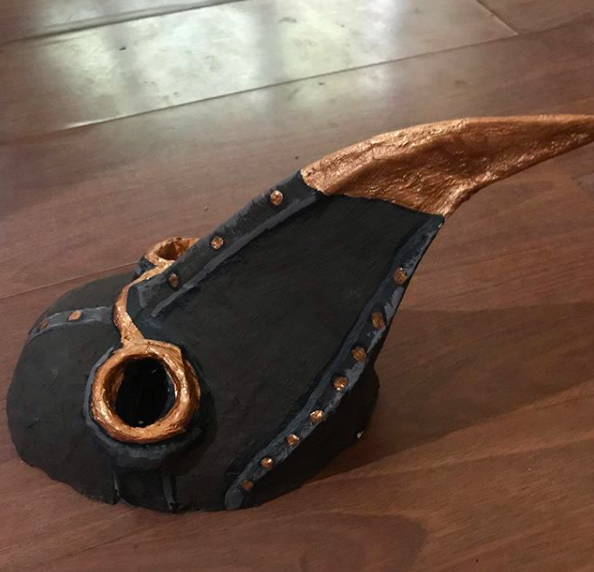 In an attempt to embrace the times, I've added a plague doctor section to my store. (Herbs and tinctures that get shoved inside the beak are NOT included, but there's an opening to add weird stuff if you want).

As we inch into summer my daughters are starting to worry about returning to school. Chloe is going to be going to an MA program at the University of Chicago, and Phoebe is starting an astronomy program at the University of Arizona in Tucson. COVID numbers in the States are astronomical compared to here, and I just read an article by a Harvard epidemiologist that said Arizona is actually the worst outbreak in the world, past the worst days of Italy's outbreak kind of bad. I'm looking into making sure Phoebe does her first semester online (she doesn't want to go), and I'm also looking into how we can update our visas and renew our car's import paperwork without driving up to Phoenix like we did before. All our paperwork expires in August and schools start up again August/September, so things need to get worked out. 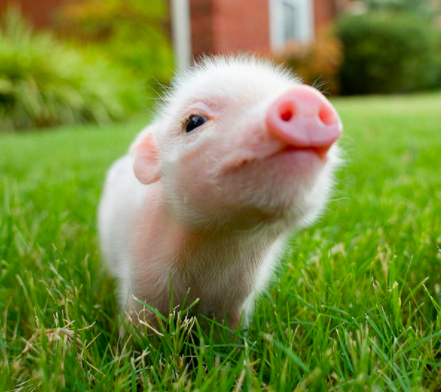 Anyway, this is not the little pig we saw, but these animals are crazy cute!!