My Sea Dragon in Casa Grande 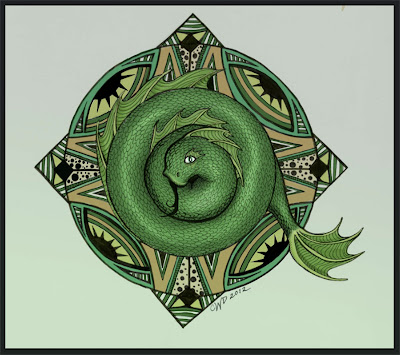 Last weekend I was hired to draw my Sea Dragon at the chalk art festival in Casa Grande, Arizona.  So last Saturday, we woke up around dawn and drove an hour south into the desert. 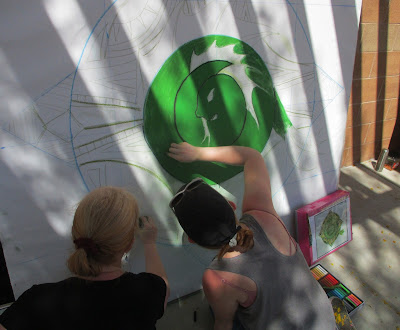 Naomi came along to assist and so did Mike. When I arrived they had canvases set up for all the artists. Unfortunately I was set up in the direct sun. I've drawn in the sun before but starting in the sun was new for me. I was getting dizzy and need to sit frequently in the shade. Finally after asking a couple of times they let me move my canvas to under a tree, just a couple of feet over. 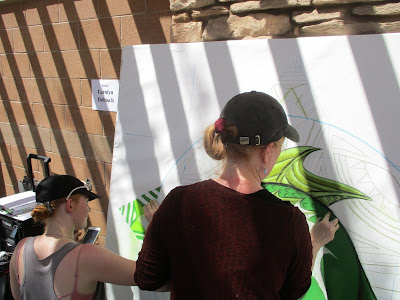 This is early on still drawing in the sun. 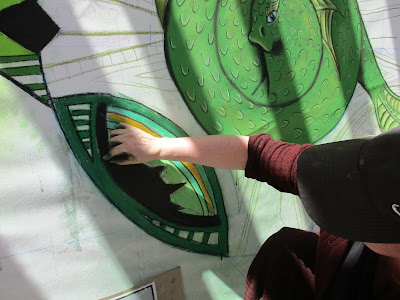 The event was at a mall, and there was a bouncy bounce and kids drawing area. However Mike and Naomi took a drive around for breakfast and they quickly found that Casa Grande was one of these desert towns with very little to see. They couldn't even find a Starbucks, which explains why so many people turned out for the chalk festival! 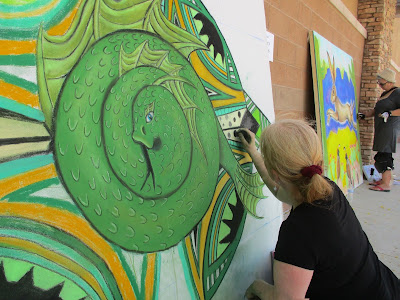 The day was a pretty long one, as I decided to just push through without stopping. 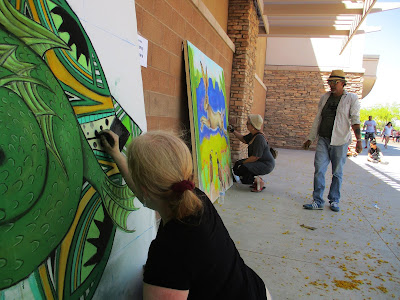 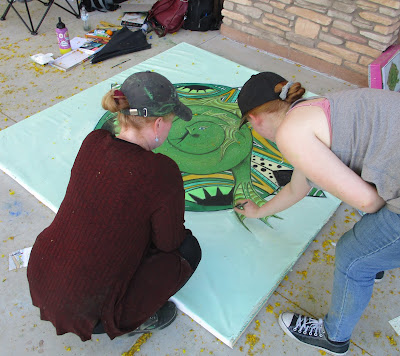 Finally we put the canvas flat and added the flat color that goes behind the Sea Dragon Mandala. It was a green acrylic paint that I brought with me. 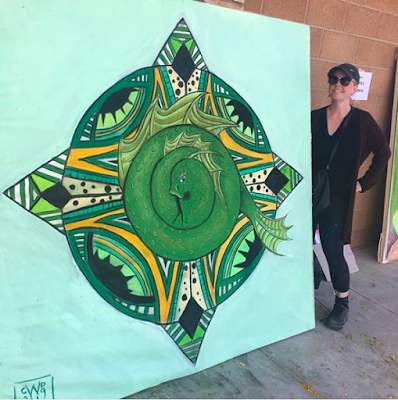 In other news Phoebe has managed to raise enough money to send her $1000 deposit to Yale! So she's definitely going! Hopefully finding the rest of the money won't be too hard, but here's a link to her GoFundme just in case 😜