So here we are on Florida's west coast. By "we" I mean Naomi and I. We arrived late at night on Thursday after flying next to a man who never spoke a single word to me sniffing every 2 seconds from Phoenix to Tampa. It was a full flight, but it arrived on time and once we got to the airport we were joined by a crowd of other artists who'd also just arrived from all over the world. All of us squeezed into a 15 seat van provided by The Sarasota International Chalk Art Festival.

An hour later, close to midnight, Naomi and I found ourselves wandering down an outside hall searching for our hotel room. A large white lizard was scurrying along the wall, running in a panic in the other direction. As exhausted as we were, it took ages to get to sleep.

The next morning we managed to get a ride and get set up in our space. 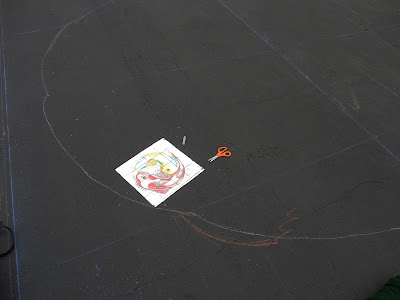 This is the view from our spot. 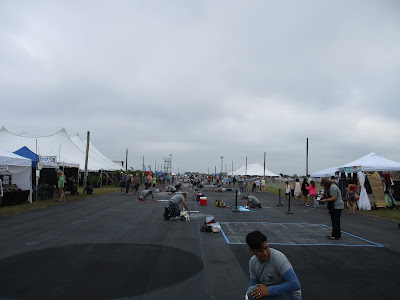 The festival takes place at the Venice airport on the landing strip. 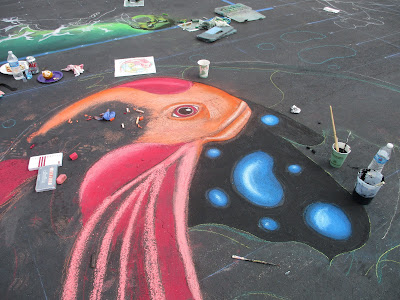 By lunch we'd made some good progress. 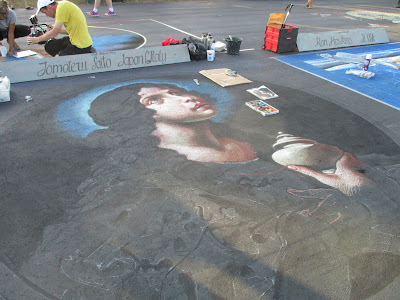 When I looked around it seemed as if everyone had made good progress as well. 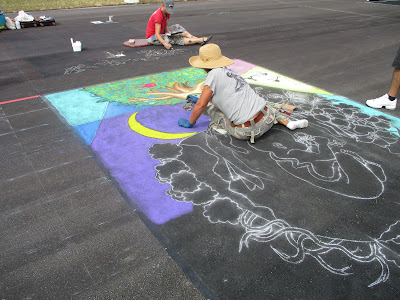 The artists at this event are some of the best chalk artists in the world so there was a lot to see. 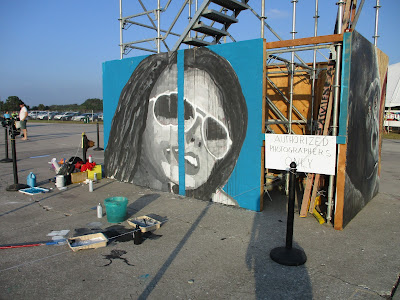 This wall mural is being created by a muralist who has huge murals in Chicago and NY. 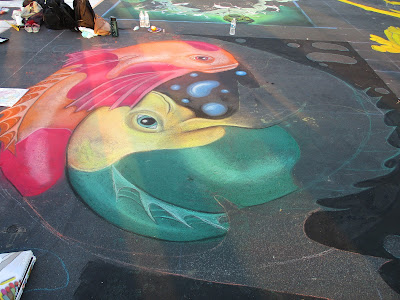 This is where we stopped on Friday. That night we met all the artists for dinner by the beach and a bonfire event, but boy were my knees and hands aching.