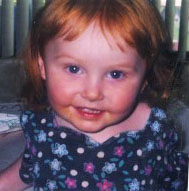 In the last 24 hours I bought a new mac laptop (with our last dollars) and shipped it to my panicked daughter at college, who's crappy Chrome book has punked out during finals.  Picked up my high schooler and middle schooler from school at 4pm and drove from North Phoenix to way downtown Phoenix in rush hour traffic to get Phoebe (the one in high school) to the Valley Youth Theater where she stays until 10:30pm at night working on crew for their musical "The Secret Garden". At 10:30pm, in a daze, I picked her up to a litany of complaints. "You weren't supposed to come inside to get me", "I didn't get any homework done and I'll have to stay up till 2am!"

Kids are work. All the time. In the beginning it's all about getting through that minute, that hour, that day. In the winter of 2003, Phoebe had a cold. Then her congestion seemed to get better, and then it got worse. A lot worse, so we brought her to the doctor. He saw her in the office and told us it's nothing to worry about then he sent us on our way. The next morning I had a book signing/event for my children's book at a library 4 hours from our house. That sounds like a long distance, but we lived in the Catskill mountains in New York, 45 minutes from just about everything.
I read my story to a massive group of 90 kids, ran an activity and signed books. Then they told me another group as coming in in an hour, so I called home to check in. Mike was a wreck. Phoebe was struggling to breathe and we had only one car, the one I was driving. I apologized and ran out of there. I drove through the crazy Bronx traffic up to the mountains and all the way home.
She wasn't blue, but she looked bad. Really bad. I grabbed her and drove in to the hospital, while Mike stayed home with our preschooler. The whole drive there I talked to her "Keep breathing, baby, Mommy loves you!" She was barely responsive. I paced the waiting room in the ER for 40 minutes, till they finally saw her and then promptly admitted her. She had pneumonia and yes, she nearly died.

The first night was awful. I was stuck in my heels and little black dress with a lingering cold of my own and 2 months pregnant. Nights in the hospital are misery, as most people know, nurses come in and out all night.  Finally the next morning our only neighbors agreed to bring Mike and Chloe  ( my preschooler ) in to see us. He brought me clothes and I gave him the car.

By the end of the week when she was discharged, both Phoebe and I were a thousand times better, but poor Chloe came down a stomach flu and spent the next week vomiting and becoming alarmingly thin. Then that was over too. Back then it was all about keeping them alive.
Email Post
Labels: babies book signing children hospital illness pneumonia The Secret Garden theater VYT