Today I taught 5 year old children how to splatter paint.  It turns out they already had a pretty good idea on how to do that!  What they didn't know was that professional artists, like American painter, Sam Francis, also like to splatter paint, so it was an educational mess.  Fortunately I brought plenty of plastic coverings.

Last weekend was my birthday and Mother's Day, so.... YAY ME!

We ate out at the Olive Garden (courtesy of my brother and sister-in-law... thanks for the gift cards!). The food was abundant and one waiter dropped a massive tray of dishes, much to my children's amusement, so it was like dinner and a show! 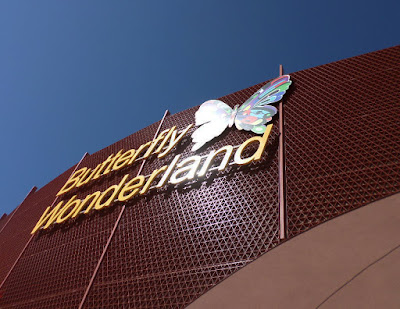 On Saturday we headed over to the newly opened local attraction called "Butterfly Wonderland". 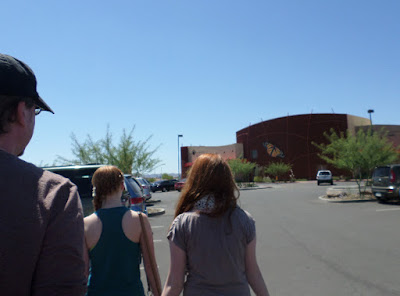 For some reason I have many photos of our sunny walk through the parking lot.... So bear with me. 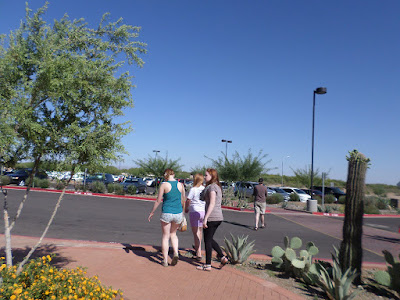 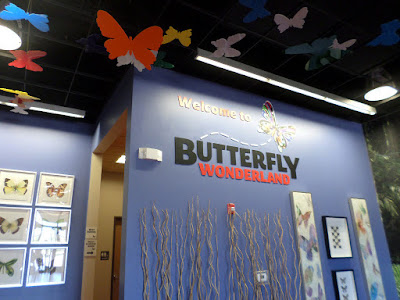 Anyway, the event was indoors. 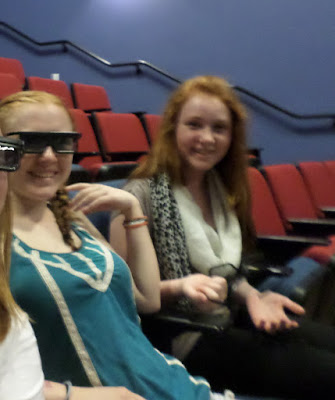 Chloe and Phoebe in the auditorium, before we watched the short 3D movie about monarchs.  I for once really enjoyed the 3D part.  It usually gives me a headache, but perhaps I can only take 15 minutes at a time. 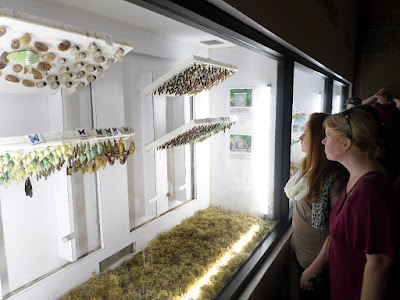 This is the "Emergence Gallery".  When we first walked in we thought it was a display of cocoons with dead butterflies, but it turns out that they stay so still when they just emerge, they only look dead. They were actually just drying their wings. 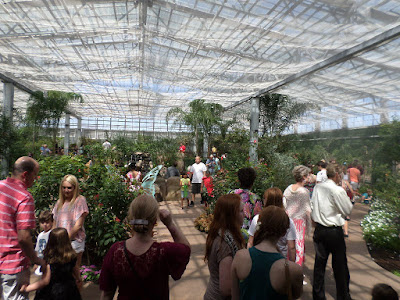 Next stop was the butterfly garden. 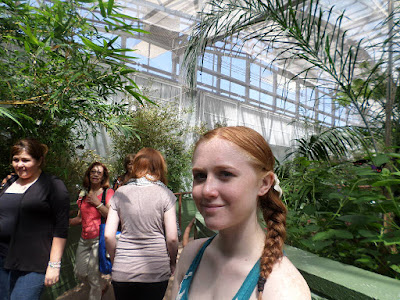 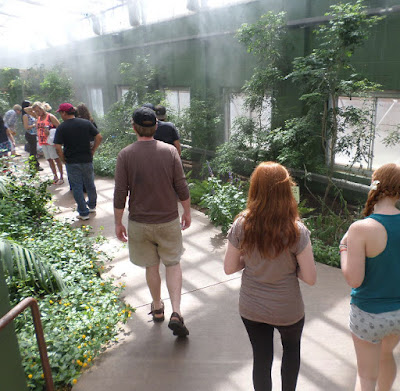 Before we were allowed in we were under careful instructions not to touch the butterflies (even if they land on you) and to move about slowly, watching where you step. 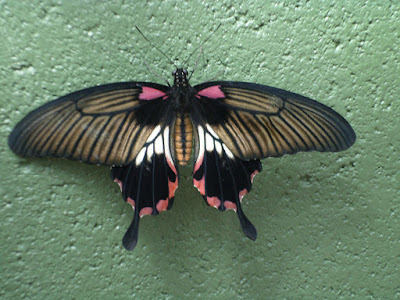 There were, of course butterflies everywhere. It was quite infested.  This one was actually huge! 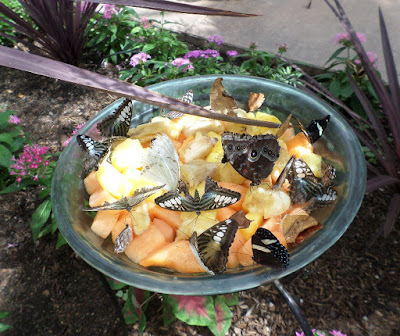 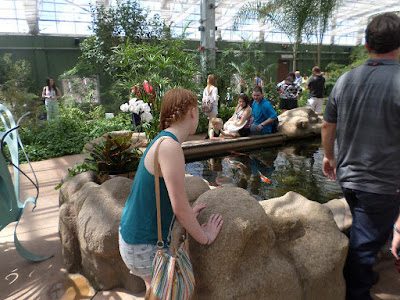 Chloe taking a look at the koi pond. 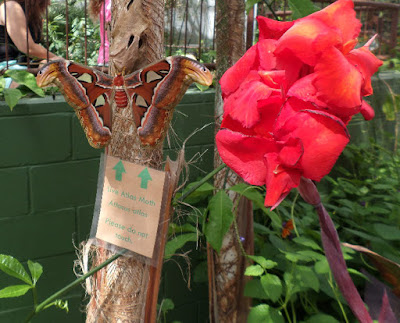 This massive Atlas Moth had just emerged so he was still hanging out by his sign. 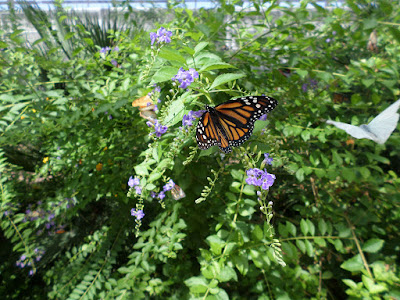 A monarch looking a little creepy now that we'd seen them huge and in 3D. 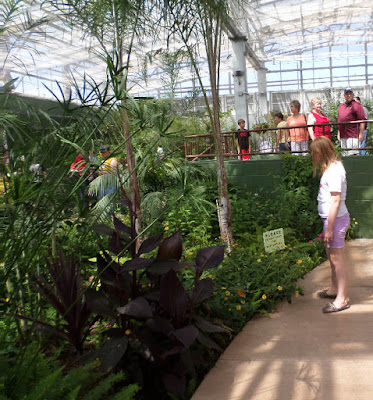 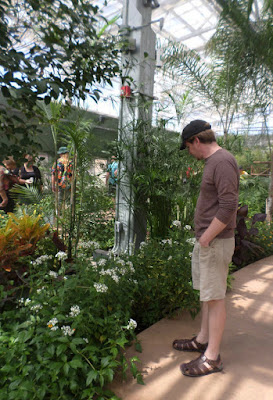 Mike in the garden.  The climate was carefully controlled in here.  There were misters running all around to make it more humid and I think they were keeping the temperature in the high 80's (like a rainforest, I guess). 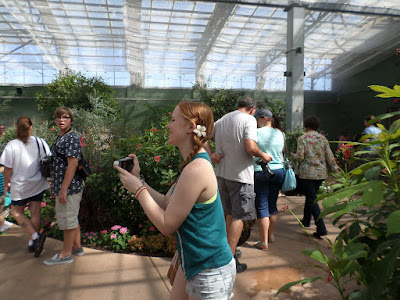 Every 5 minutes someone was asking Chloe to take their photo. Here she is with yet another person's camera. After the garden we were brought into an inspection chamber to be sure no butterflies were attached to us. 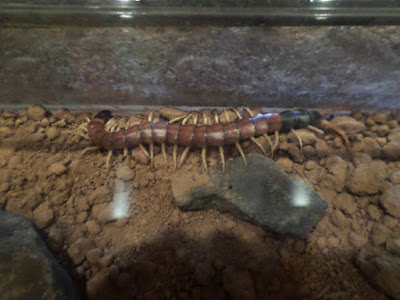 The next room was ant, bees and other insects native to this area.  Much to my dismay that included this giant centipede, that was almost as big as my forearm... This is why I don't garden. 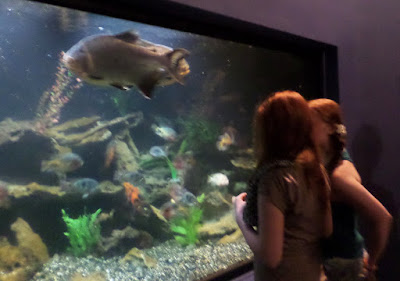 An aquarium is coming soon to the complex and they already had some sea life displays.  Here are some fish from the Amazon. 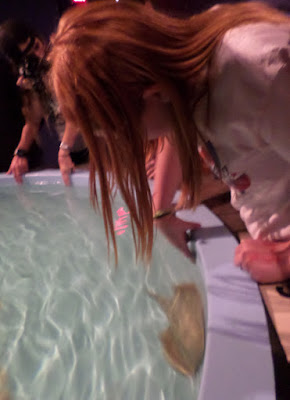 Naomi took the opportunity to pet the baby stingray. 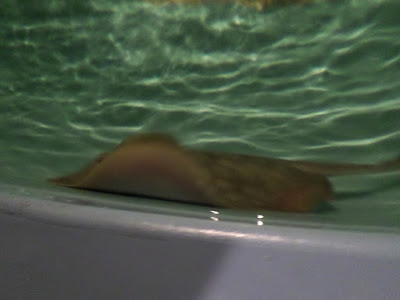 It was surprisingly friendly. Perhaps we'll come back when the rest of the Aquarium is up and running!

This is, shockingly, the last week of school for my 2 younger daughters.  Phoebe for some reason decided to do every other English homework assignment this term and had until Monday to complete all the rest of them (including a research paper!).  At 5:00am yesterday I awoke to find Phoebe still hard at work at the kitchen table.  She was just finishing and I sent her to bed at 5:30am.  After 2 hours of sleep she headed off to school and I waited for the phone call about my unconscious daughter from her school's office.  It never came.  She got all her work in and even stayed late at school to audition for advanced acting class for next year.  At 5:00pm I picked her up and she was downright perky!  It looks like she'll even be getting an A or B in English.  So much for teaching her a lesson about procrastination.