Superstition Mountain and the Jelly Monster

I've spent all of the new year in Africa so far. Well, not literally, but so far in January I've read 3 books all set in Africa. There's something about a land of witch doctors, cobras that race into the road and jump up under your car to attack the driver, and clueless Christians who get gobbled up by alligators as they try to baptize each other in the river that draws me in and just fascinates me. I just started my fourth book set in Africa and have 2 more on order. I guess I'm just obsessed. 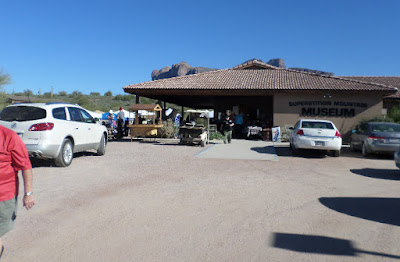 Last weekend was a long one so we decided to use our passes to The Superstition Mountain Museum all the way out in Apache Junction.  It was a beautiful day, but we are definitely Phoenicians now. Every morning we put on sweaters or jackets before we leave the house even though we just wind up carrying them or leaving them in the car, because we would rather be hot than risk being cold. 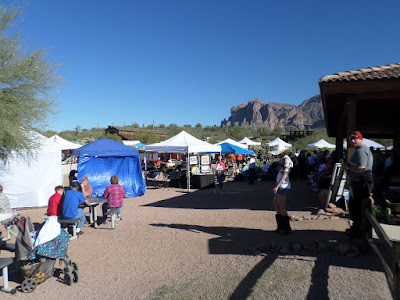 When we finally arrived at the remote desert town we were surprised to find it crawling with people.  There was a big festival happening with music, snacks and southwestern art on display. 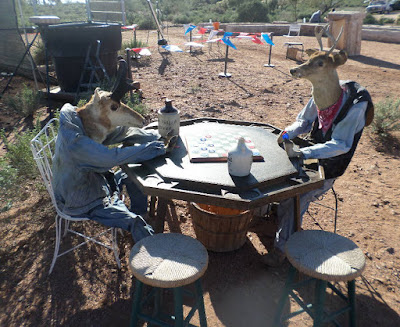 It was an odd sort of festival, though. 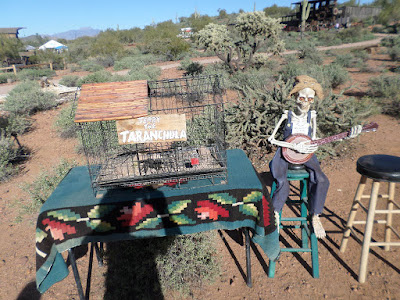 In fact I can't even explain most of this.  It's a skeleton and a tarantula for some reason. 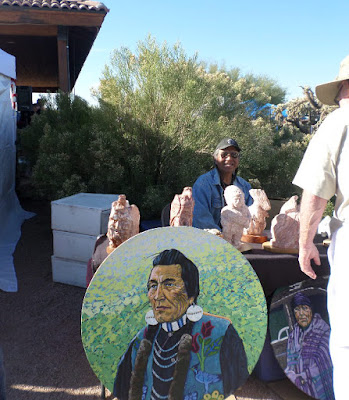 This Navajo Artist had some nice work. 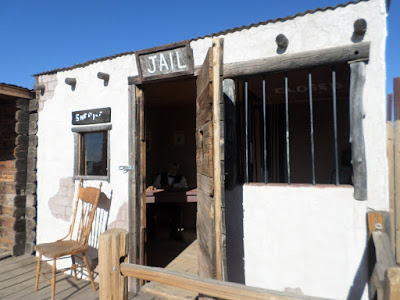 We peeked in the jail. 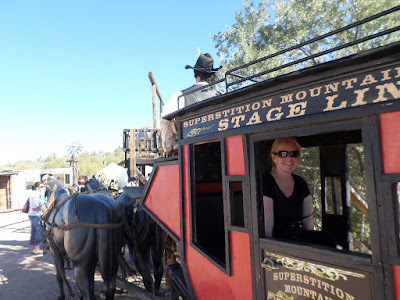 I hopped on the stage coach.  By the way, it's not all opulent and cool like in the movies.  In fact it's crowded, uncomfortable and kind of musty. 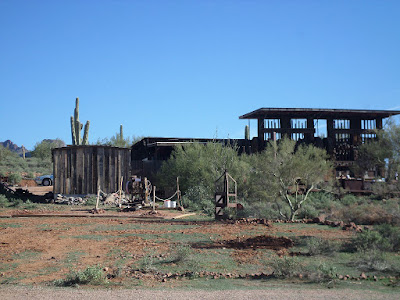 This is the Old Mill. 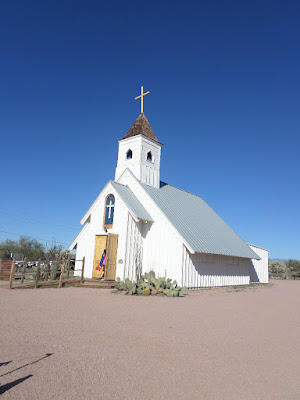 The Chapel (I think this was Elvis's chapel from a movie set.) 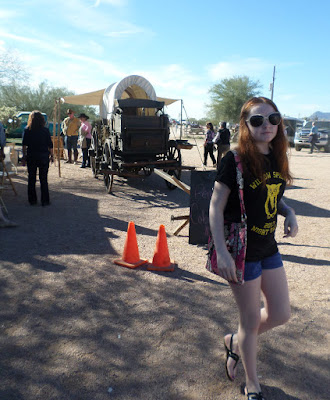 Phoebe loves getting her picture taken. 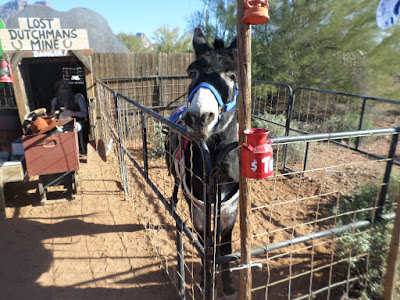 This poor donkey was in a tiny pen in the direct sun and was quite upset about it. 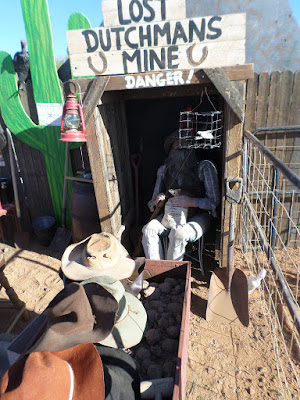 The faux entrance to the gold mine. 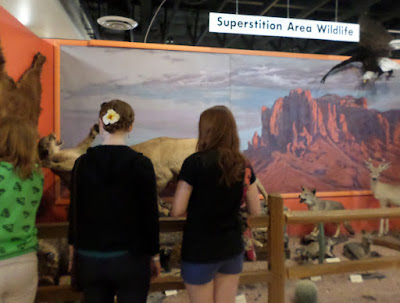 We eventually decided to check out the museum. 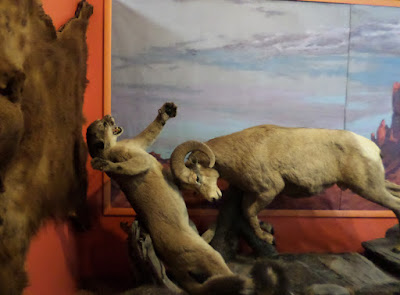 The wildlife display was a little strange, but interesting. 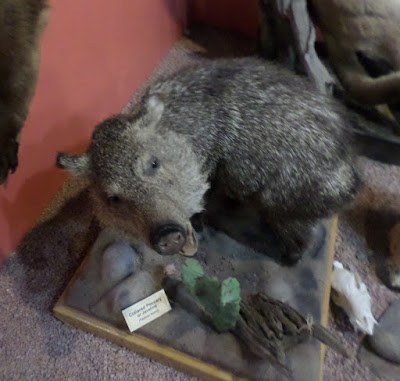 This is a javelina. Sort of a local wild pig that lives in the desert.  I've been hoping to spot one since we moved here, but so far this is the best I've done. 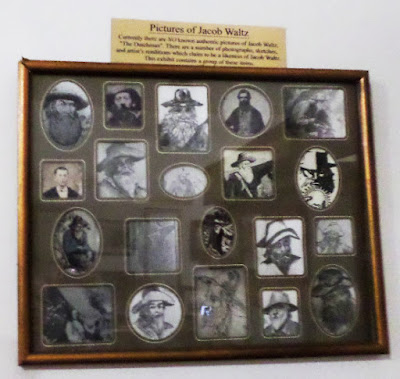 The museum was mostly about this guy Jacob Waltz, the crazy Dutchman who found a gold mine and everyone's been looking for it and possibly him ever since.  This is a number of crappy drawings of him.  Most of them are really terrible. 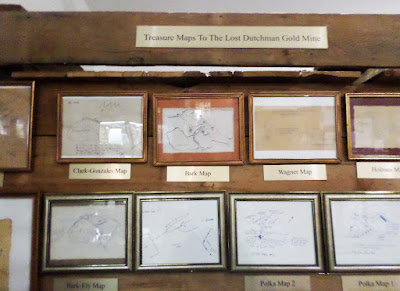 They had an entire wall of different treasure maps to the "Lost Dutchman Gold Mine". 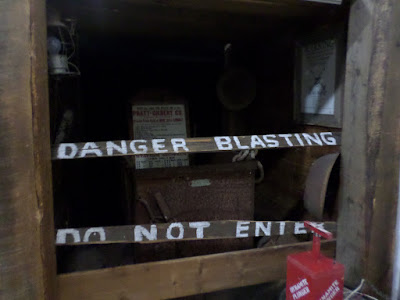 This is what the opening to the gold mine might look like (if they could just find it.). 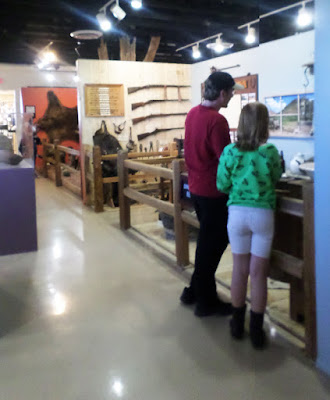 Mike and Naomi looking at a prospector's kitchen. 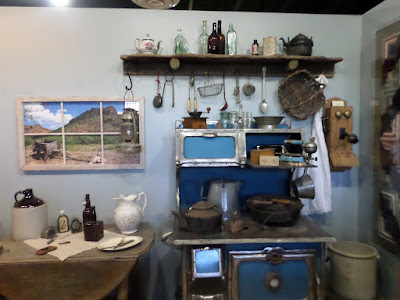 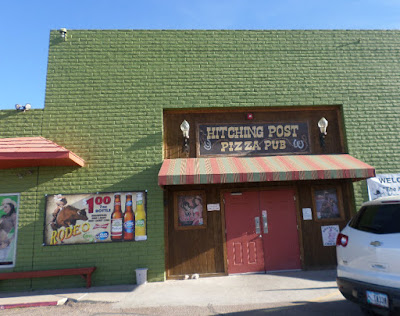 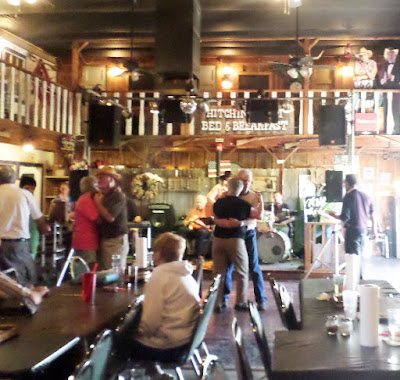 There was a country western band and lots of retirees dancing around. 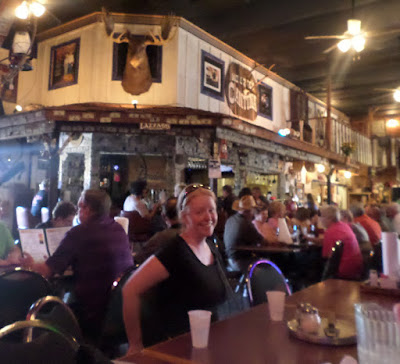 The pizza took a while to come so we took pictures while we waited. 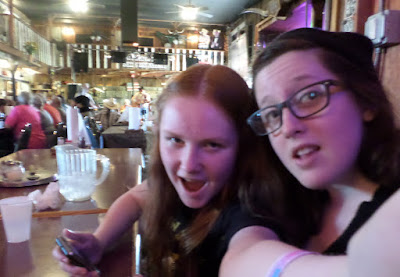 Here's Phoebe and Chloe's friend Melanie who came along for the day. 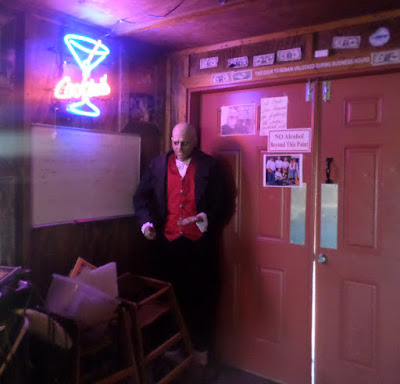 There was a lot of crazy stuff everywhere including this creepy guy lurking in the corner.  In the end it was a nice day out. 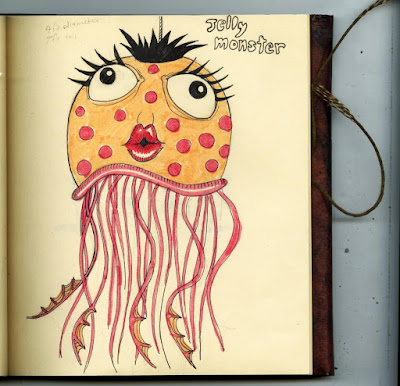 I've begun my sculpture for this year's Mutant Piñata Show at the Frontal Lobe Gallery!  This is my design.  I call him the Jelly Monster. 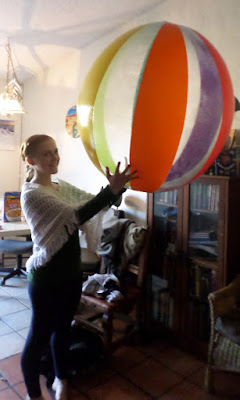 This is Chloe holding the base for my sculpture.  It's 4 feet in diameter!  It took over an hour to blow up as I don't have a pump. 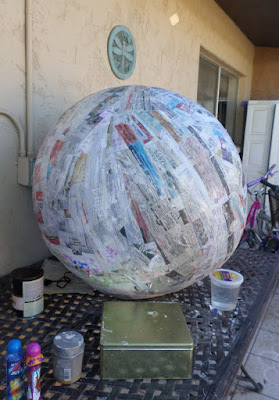 And here it is started.... More progress coming soon!!