”If aliens are watching us through telescopes, they’re going to think the dogs are the leaders of the planet. If you see two life forms, one of them’s making a poop, the other one’s carrying it for him, who would you assume is in charge?”
Jerry Seinfeld


Walking my dog yesterday morning, he stopped on the corner in front of a house and peed. Then we turned the corner and walked up the street when a woman popped out from behind a tall gate. Dogs barked like mad behind her as she confronted me with "I saw you stop on the corner and I have to ask you not to pee in my yard." She really startled me so my instant response was "I didn't." (of course my dog did). Then she went on with "Well, I really have a problem with people peeing and pooping in my yard." I said nothing, because I was trying so very hard not to laugh. Then she went on and on about angry neighbors and her five dogs that were raped or something. Anyway after five minutes I finally showed her my bags and told her I always clean up. Unfortunately, I still can't stop picturing all her neighbors pooping in the yard. It's not always good to be a visual person.

It's been 2014 for 10 days and already there are exciting things in the news, like this "Polar Vortex" that's sent most of this country in a deep freeze.  I've lived in negative temperatures before, when we lived in upstate New York and I have to say it's a lot nicer watching it on the news feed while I walk outside in shirtsleeves to my car in our 70ºF temperatures.  The great thing about this polar vortex is that it stranded my cousin, Laura, in Phoenix for a day as every flight to Buffalo was cancelled. I haven't seen her in 7 years!! 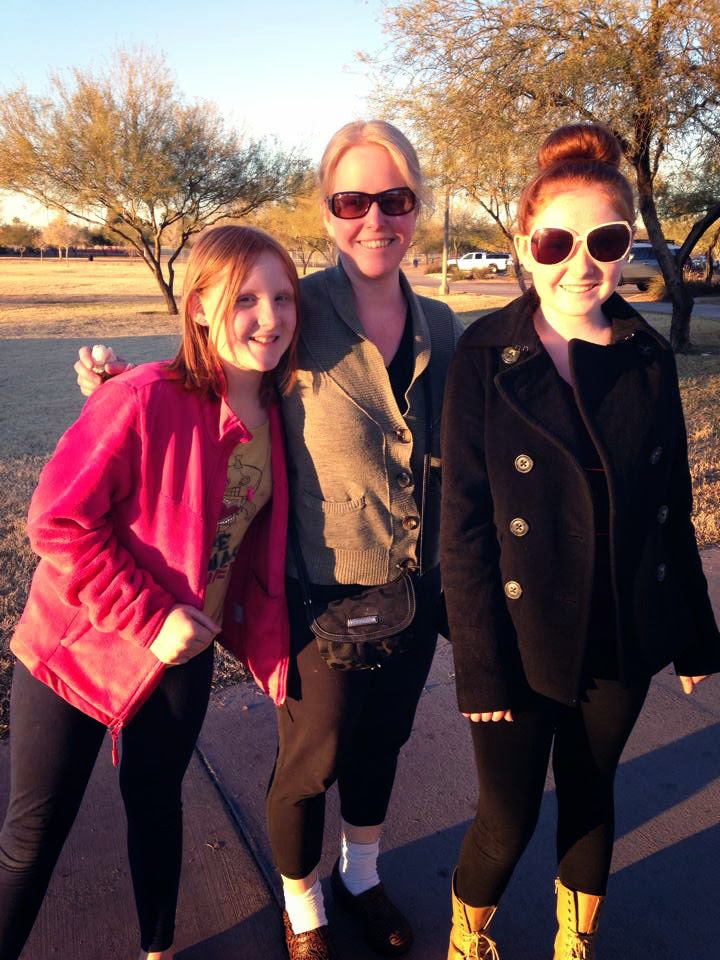 We went walking through Steele Indian School Park looking for the huge coyote that's been rumored to be lurking around. 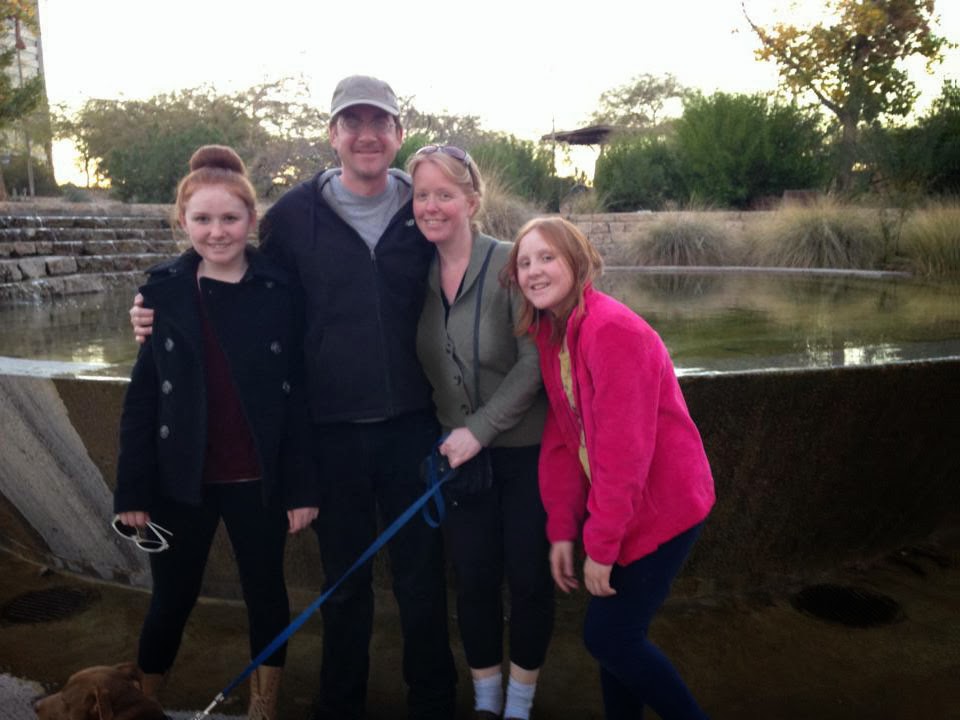 We never found him.  I also was unable to find my camera that day (even though it's bright red and that's why I bought it), so all these photo's are courtesy of Laura. Thanks Laura! 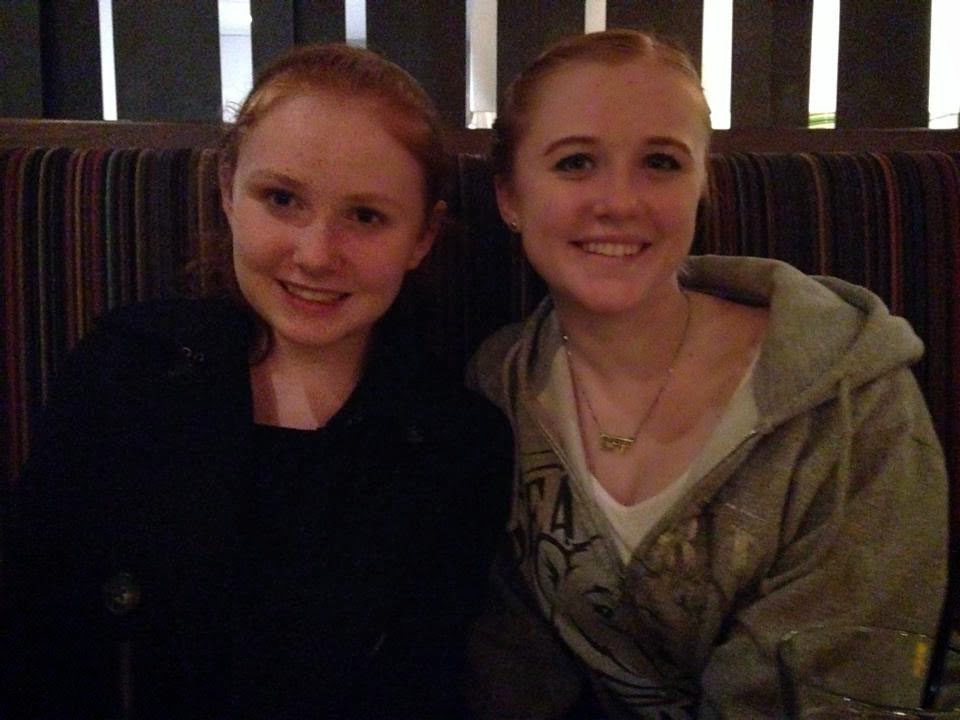 And here's Chloe (with Phoebe), who was too lazy to come for a walk but was happy to go out to the restaurant later on.

This week I'm gearing up for the beginning of a big project…. This year's mutant piñata show is just around the corner!  Pictures are coming soon.
Email Post
Labels: coyote park polar vortex visiting relatives walking the dog