Hanging the Snails and the Festival on Grand Ave.

Saturday morning I dragged my butt out of bed and began prepping the "Tree Snails" for their debut at the Grand Ave. Festival... 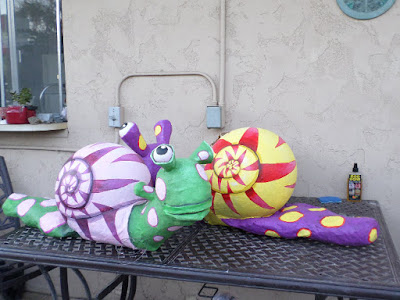 Ok, well, by "prepping" I meant I brought them outside and put them on the table. 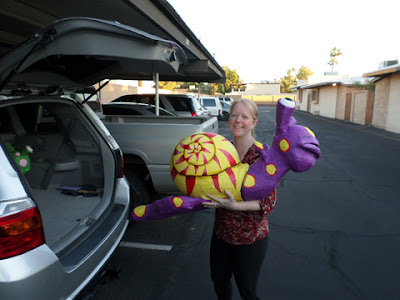 Then I loaded them into the car (go me!). 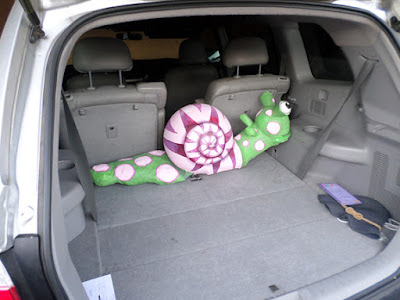 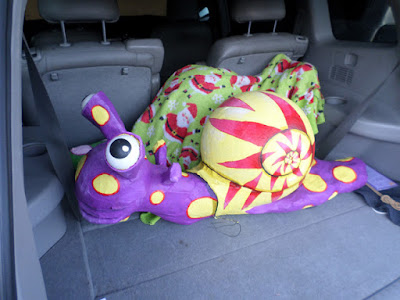 The snails fit a lot better than my mutant piñata did! 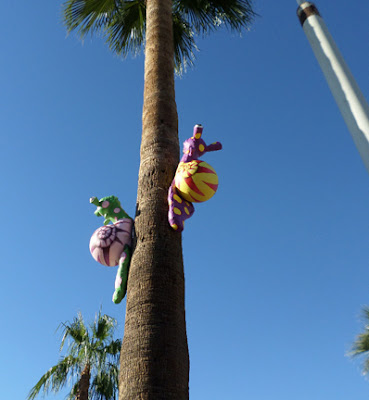 I'd been nervous all week that I'd have to climb a giant ladder and hang these guys myself, but then a very helpful man named Fred, got the ladder and hung them both in less than 10 minutes! 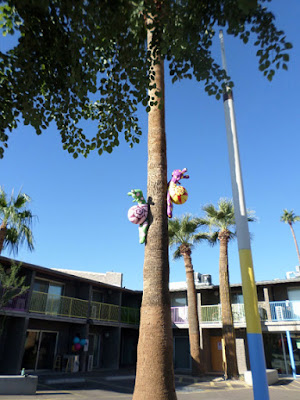 I have to say, I though they looked pretty good up there! 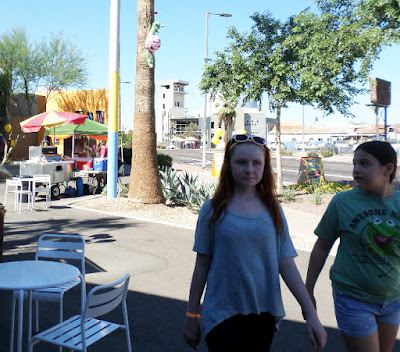 Later that afternoon we came back to enjoy the festival with Phoebe, her friend Abby, and Naomi (Chloe was working at the library). 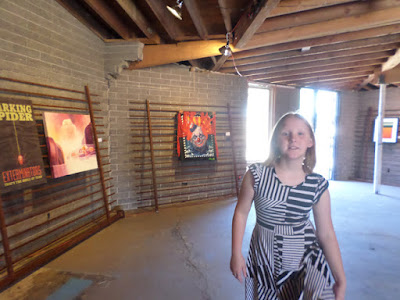 There were a lot of different art shows up in the different galleries, in the artist's studios and out on the street. 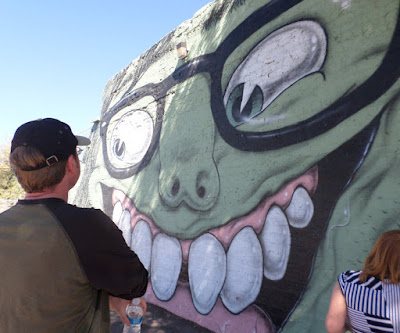 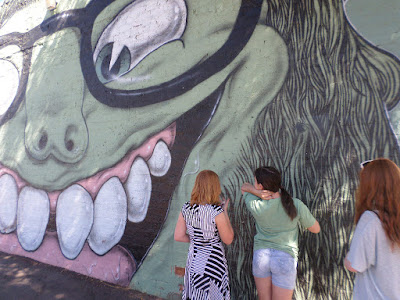 Here are the girls by the mural.  They're not really pondering... I don't know what they're doing exactly. 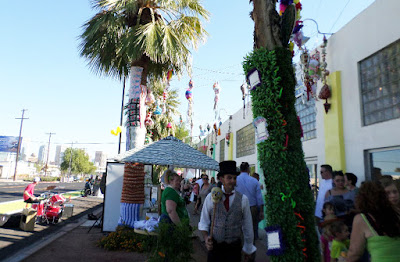 We slowly worked our way up the crowded street. 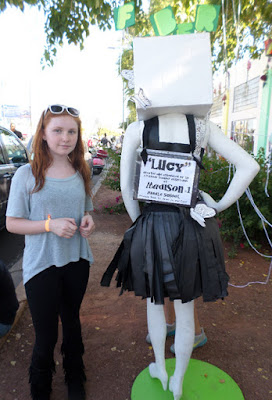 Phoebe found an art piece created by students from her school. 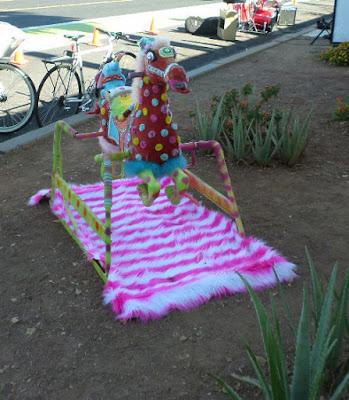 We also found this ride-able art piece by my friend Beatrice Moore. 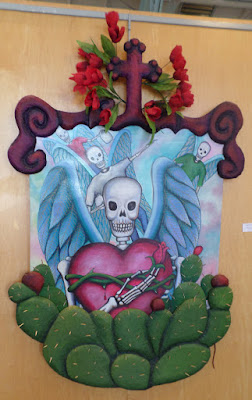 This is one of the "Dias de los Muertos" paintings up at the Frontal Lobe gallery.  They had a whole "Day of The Dead" exhibit up.  Out front they had this... 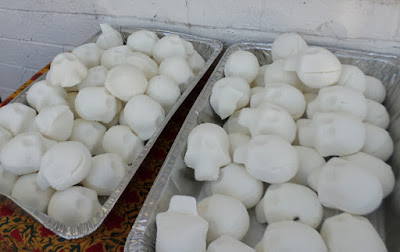 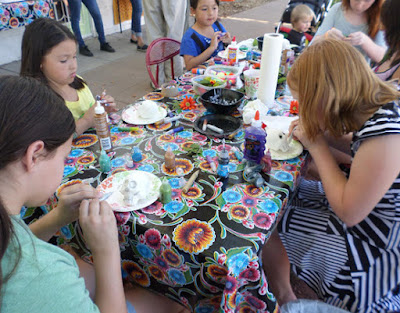 So the girls got busy! 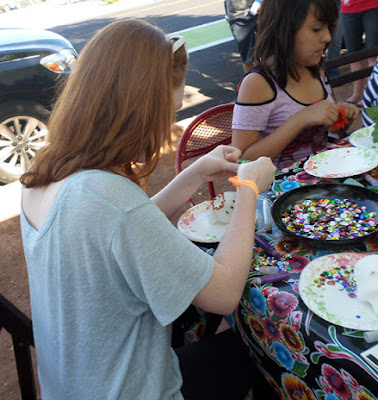 They really enjoyed it! 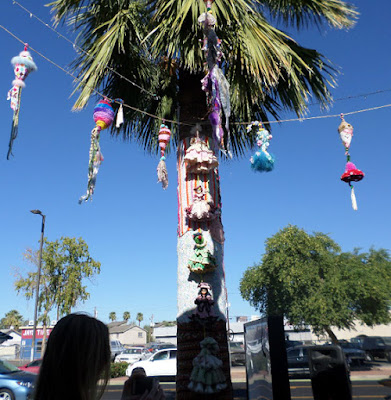 We also ate pie at the pie factory and watch the mayor cut a ribbon.  It was quite an event!  If you missed it, though, they'll be doing it again next October!

Carolyn Watson-Dubisch said…
Thanks! They've been moved down the street but they're still hanging!
October 24, 2013 at 9:47 AM