Sunday was hot here.  Which is like saying it rained in Seattle or it's cold in Antarctica... Anyway, we decided to go out and check out the Arizona Science Center. 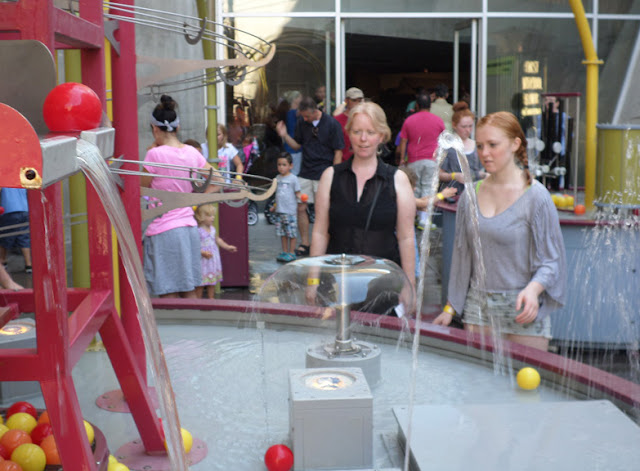 Right after you enter they have a courtyard full of watery inventions. 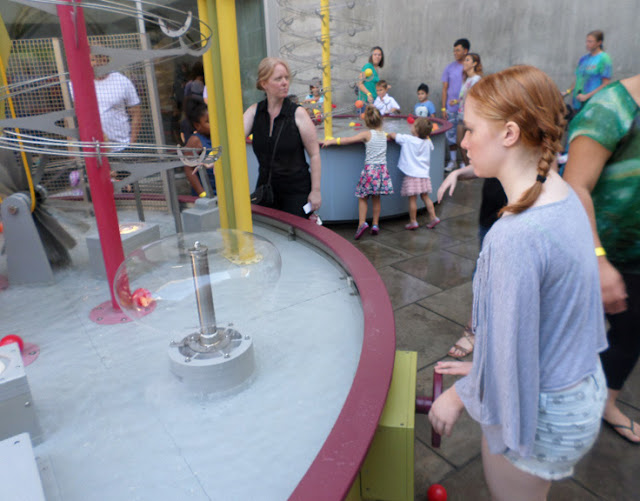 Chloe is using the wheel to make a water bubble. 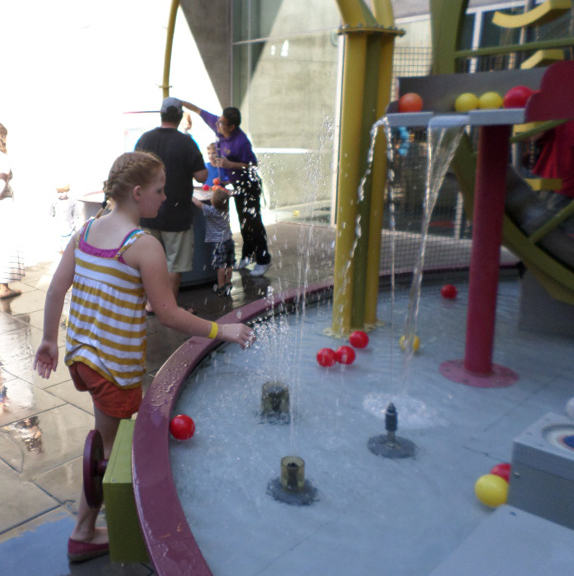 Naomi is all for anything that might get her wet. 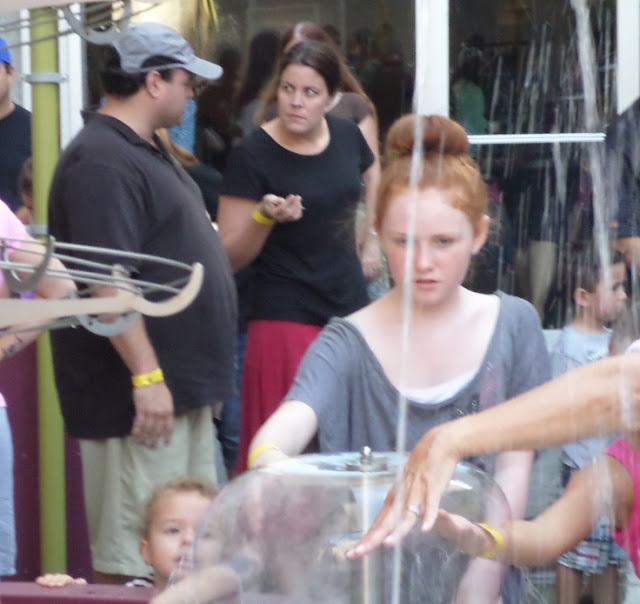 This is Phoebe by one of the fountains (and a very annoyed looking woman in the background). 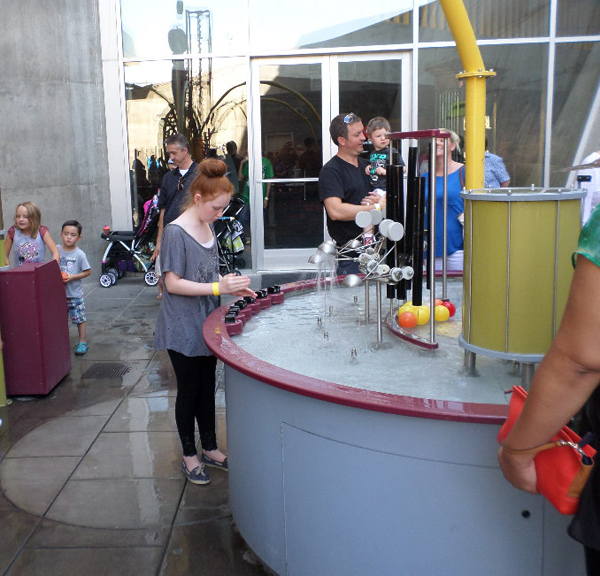 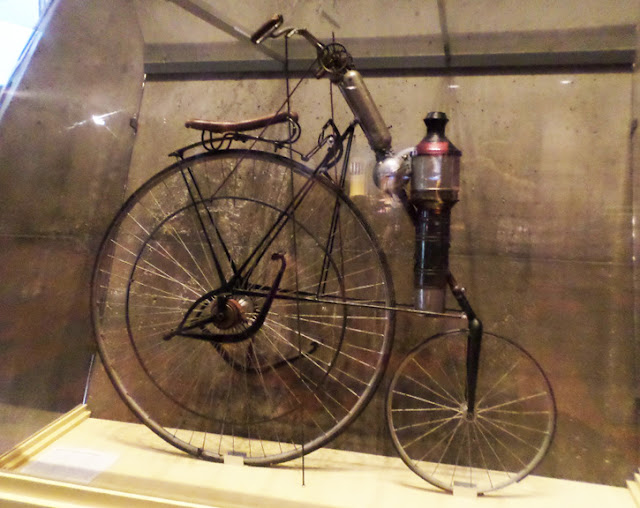 Inside the Science Center, we found this very cool, steam-powered, old-timey bike!  Too bad we couldn't try it out. 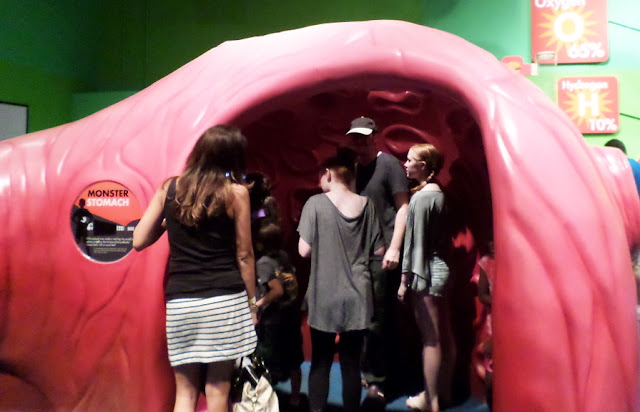 At the Human Body exhibit, Mike, Chloe, and Phoebe went inside the stomach. 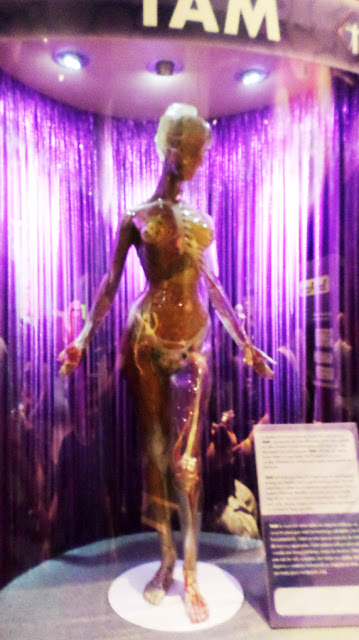 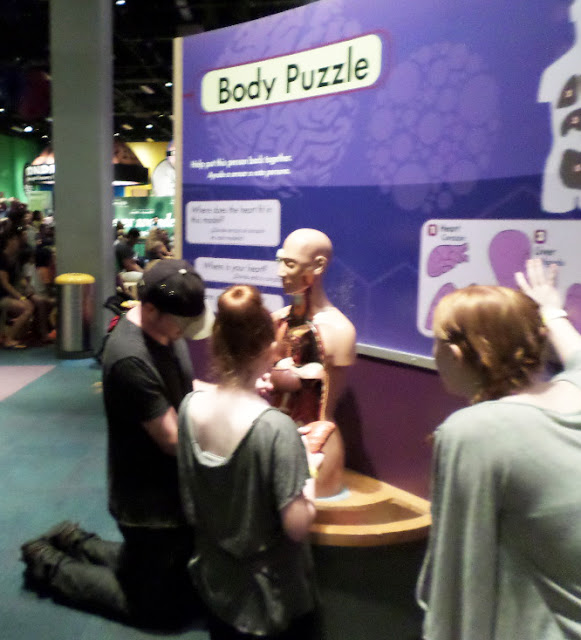 This activity was called "The Body Puzzle". 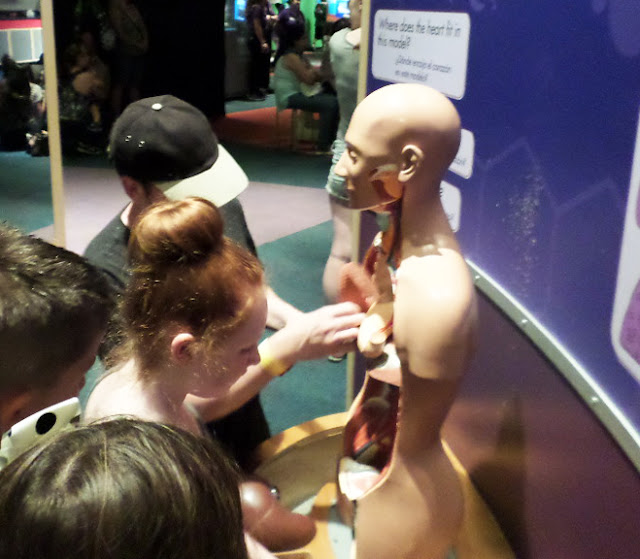 Mike and Phoebe spent a long time working on it. Apparently fitting all the organs into a human body is a challenging task. 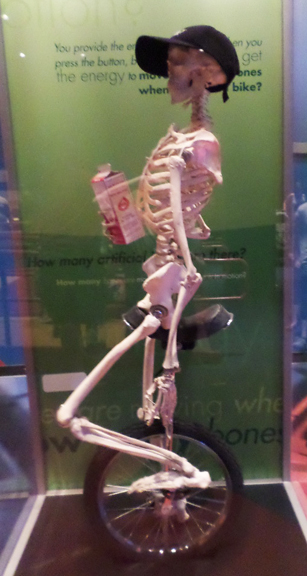 A skeleton on a unicycle... Need I say more? 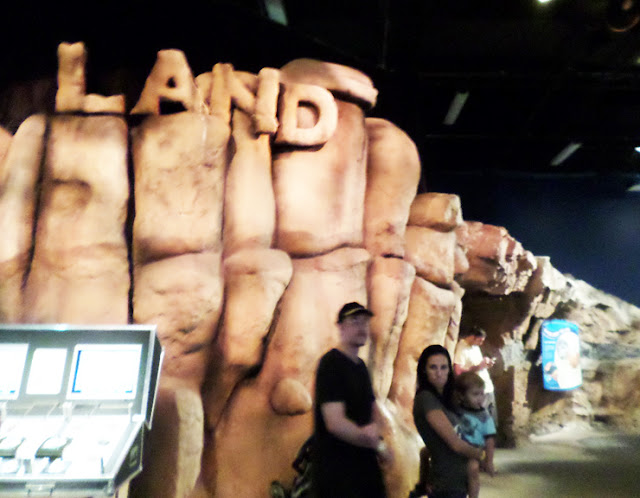 Upstairs was an earth science exhibit. I was just trying to photograph the word "LAND" and Mike, of course, but I also got a lady glaring at me with her baby. 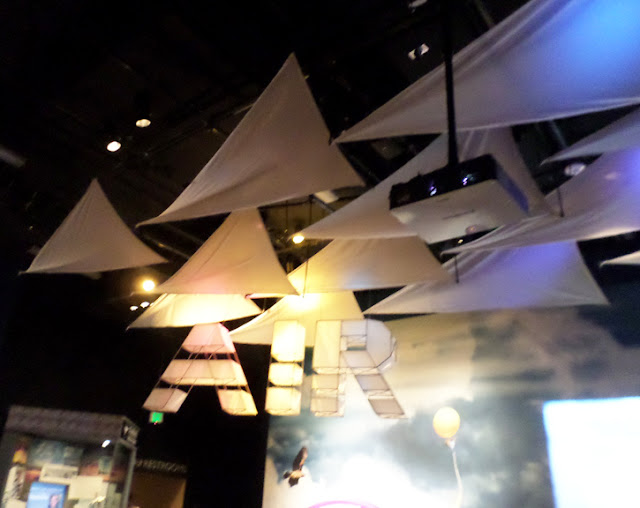 Near the "AIR" station was a platform with big video screens all around.  It showed a film about different kinds of storms, a hurricane, a tornado, a dust storm, an earthquake and the viewers on the platform would get shook and rained on and wind would blow on them.  Anyway, as I was getting rained on I realized that I'd experienced all these storms in real life including getting hit with the ash fall from a volcano eruption.  The only storm I'd never been in was a tornado, but I'm not too keen to complete the list, from what I've seen on the news, tornadoes are best avoided. 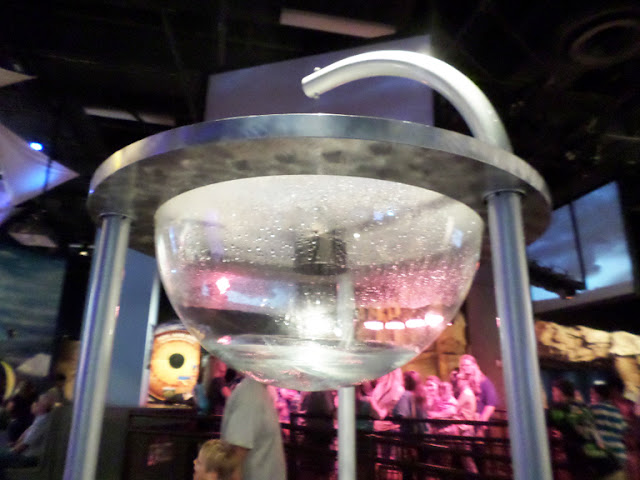 ....Anyway, the Science Center was a great day out!