Each morning this week I rolled out of bed as the sun rose.  After harnessing the dog we walked around the neighborhood through the warm steam of the early morning in a daze that only comes from gradually waking while actively doing something.  Then I began to wake Phoebe for her morning journey out to the desert. 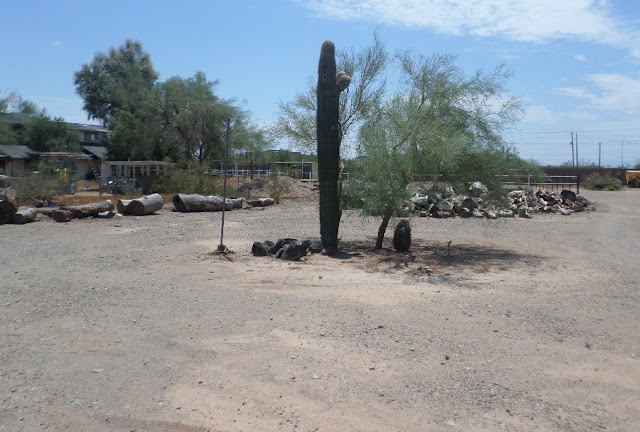 I sipped my coffee and waited for her to get ready, (usually studying the random pictures of cats on Facebook).  And then we would drive, and drive to the Desert Dragon Studio in Deer Valley. 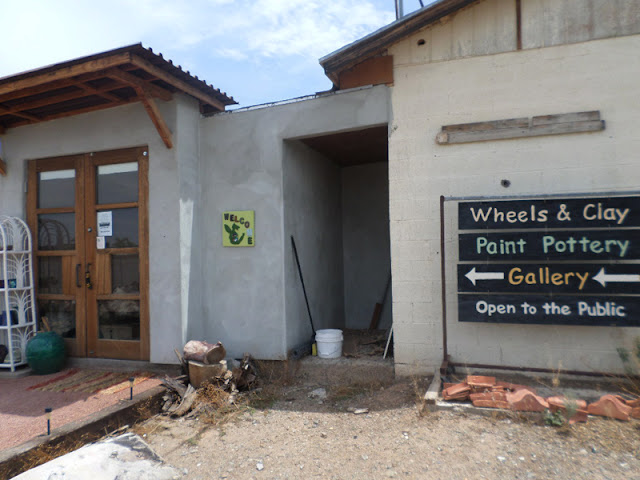 Every day they would spend some time working on the wheel, and she'd come home with clay on her jeans, even though she was wearing a huge apron. 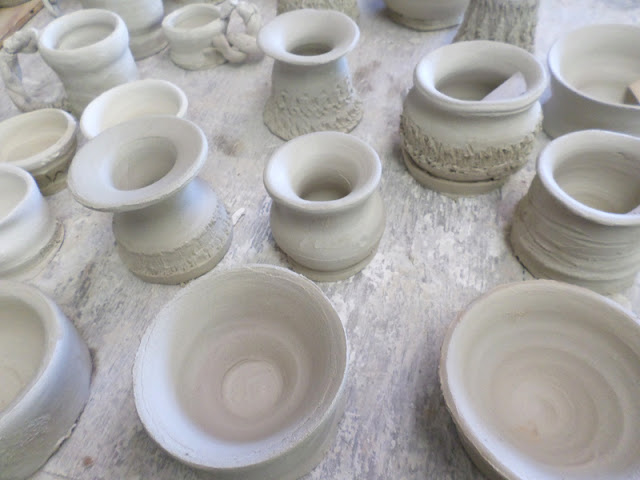 These are some of the little pots the kids made one morning. 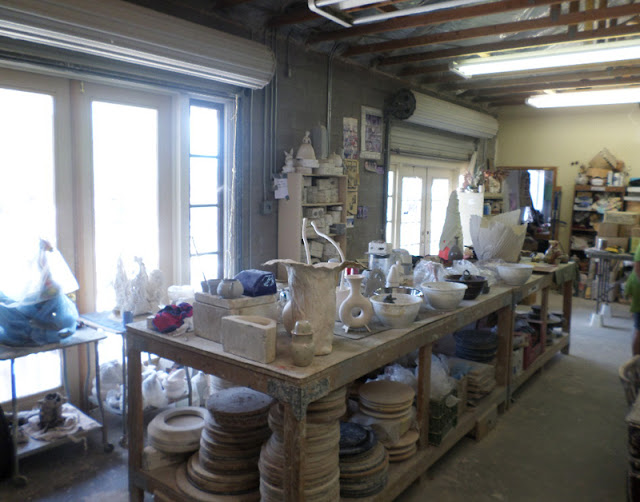 The studio itself was a place to explore. 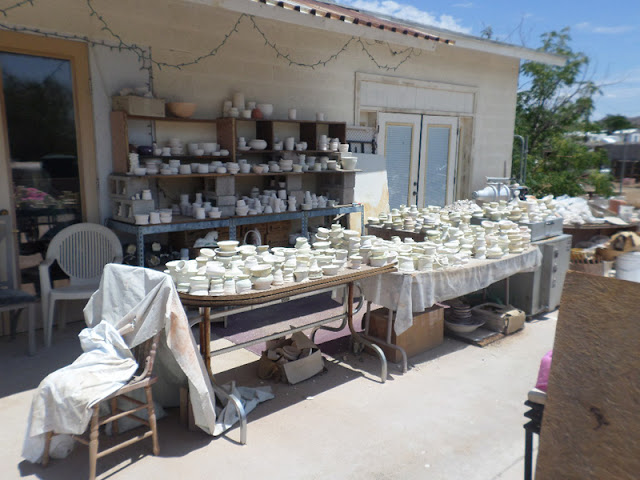 Unfinished pots sat outside in the sun. 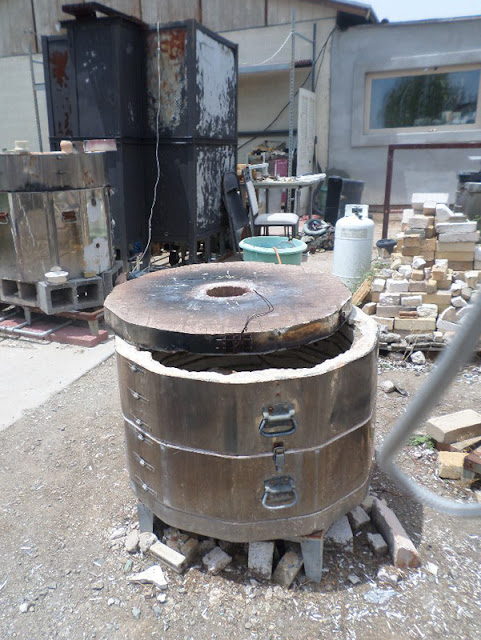 The very hot kiln sat out back. 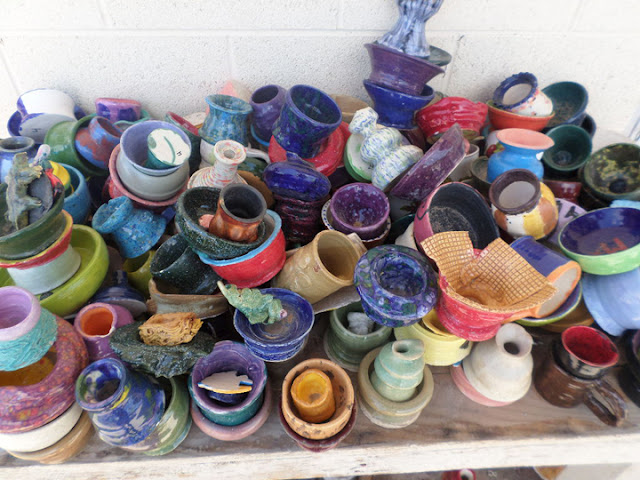 Pottery was literally everywhere.  Some pieces beautiful and intact and others were shattered and litter the ground. 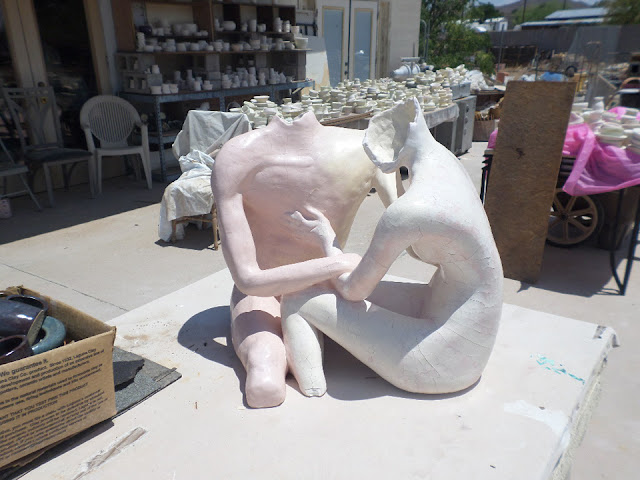 It created a very inspiring atmosphere. 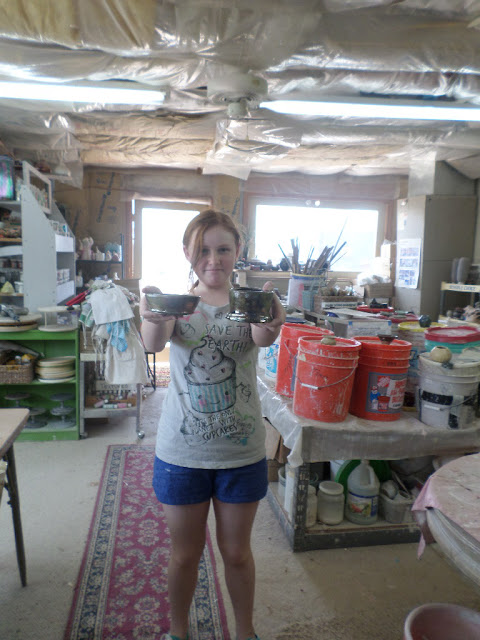 Phoebe learned to do a raku finish on these pots, which involves setting them on fire to create a beautiful kind of glaze. 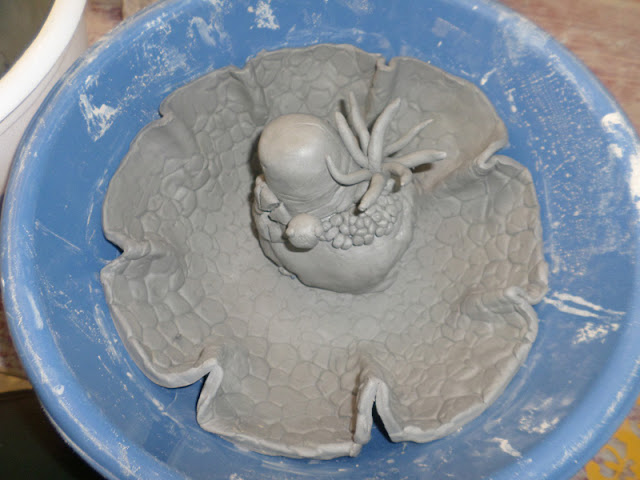 This is a fountain she sculpted.  She'll go back in a couple weeks to glaze it. 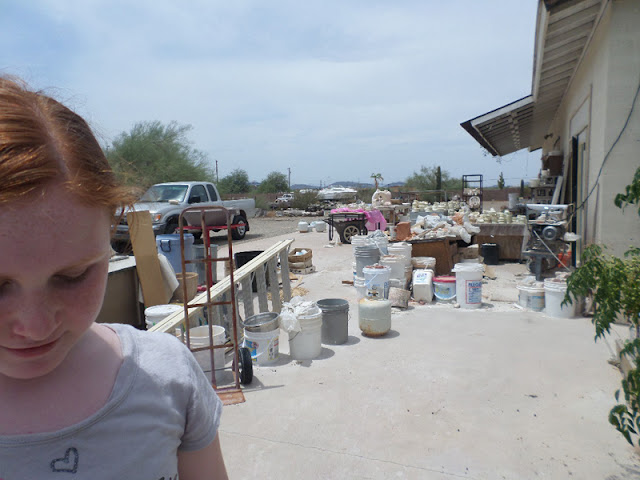 Anyway, it was a great week, but camp is over now and school is fast approaching.  This week I re-registered Naomi and Phoebe for school. This must be done each year here in Arizona, I'm not sure why. I've been told it has something to do with getting reliable student lists and dealing with snowbirds (people who spend winters in Arizona, but summers in other parts of the US). As someone who's moved with kids many times, I can't imagine choosing to do that year after year, but I guess some people do.