A Solar Oven, the Festival of the Arts, and a random fish 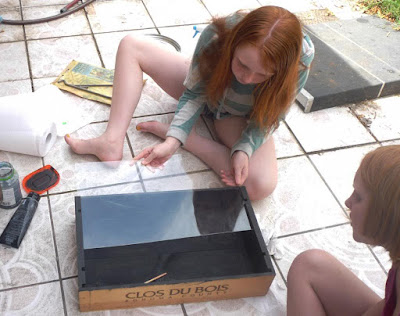 She and Mike are building a solar oven for school. I think it'll be fun to try and cook in it this summer.  I read online you can even bake bread, though we'll probably stick with cookies. 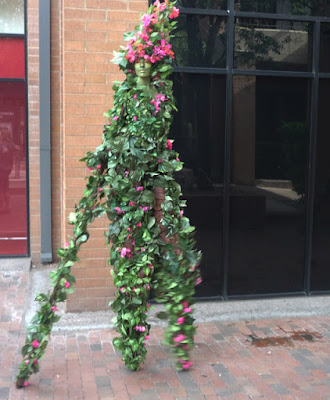 On Sunday we went out to Tempe to visit the Festival of The Arts.  As we arrived we spotted two of "The Living Trees". 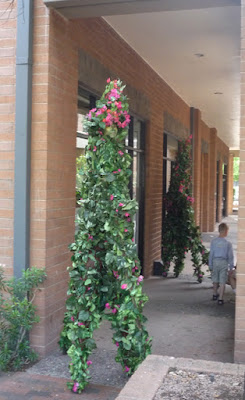 It seems they were finished performing however. 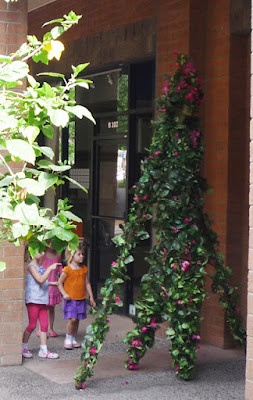 As they left a trail of children followed in their wake. 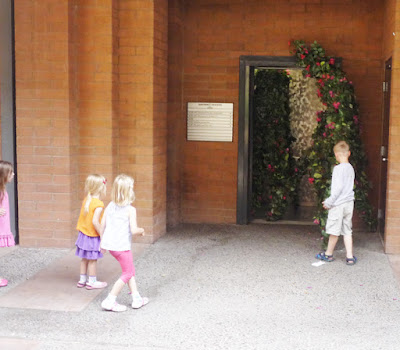 Then to the children's astonishment the "trees" entered the elevator. 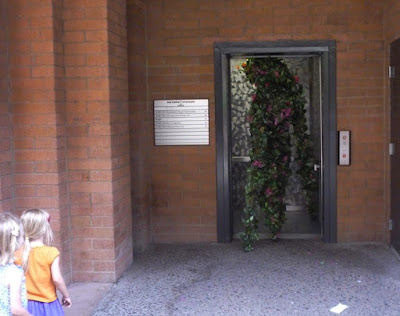 It was a tight squeeze. 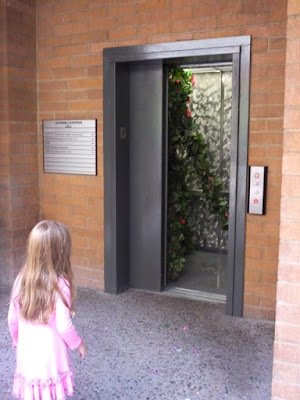 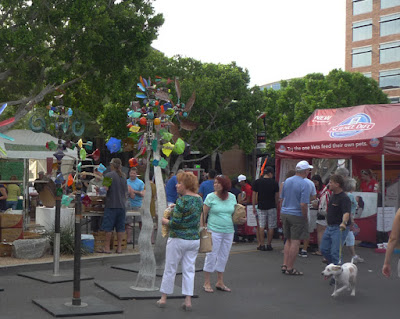 On the left is the Science Diet booth.  They were giving out pet food samples.  Between the five of us we got enough samples and coupons for the dog and cat to eat for a month.  Thank you Science Diet! 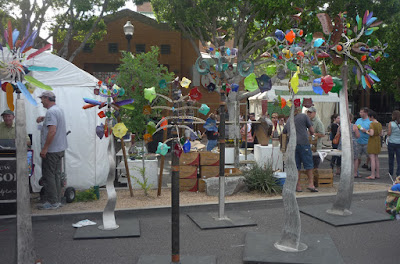 Being an arts festival there was of course some fabulous art to look at. 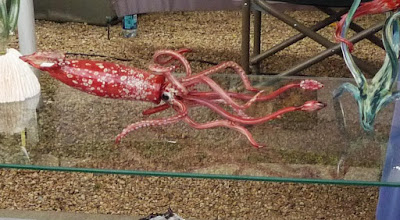 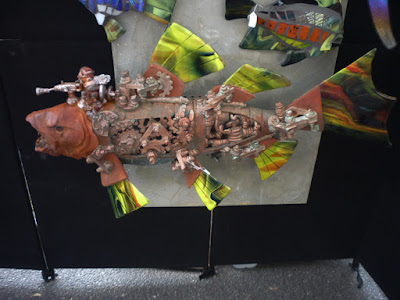 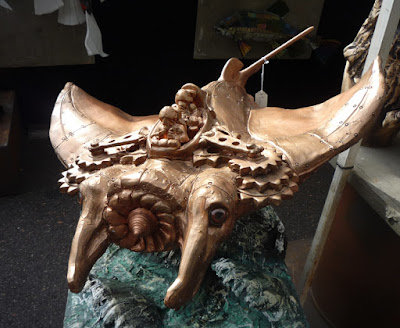 They had some great sculptures at this booth. 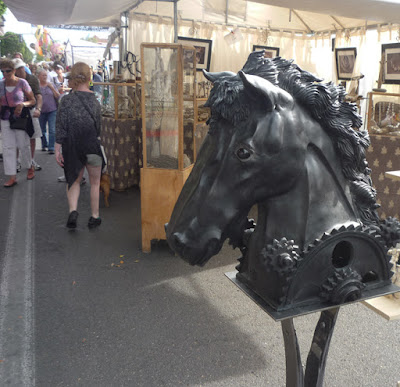 Fortunately the girls all wore stripes which made things easier in the crowd. 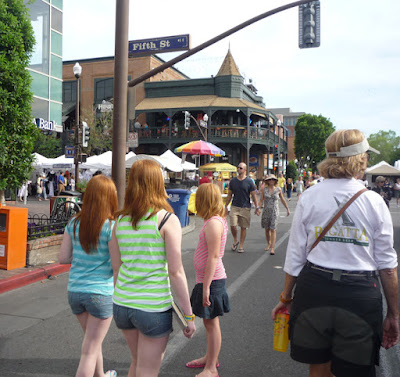 Naomi took some time at the kid's station... 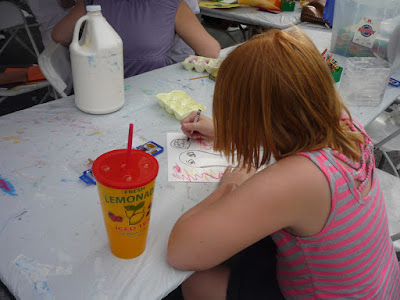 So many potters were at the fair, but this one really had quite a display... 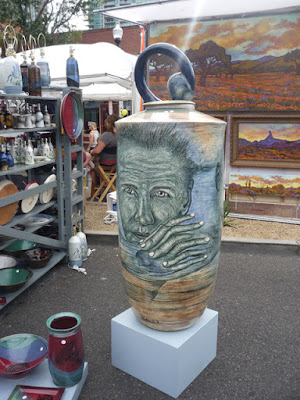 Both sides were pretty incredible.... 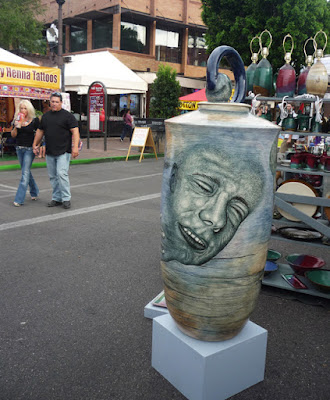 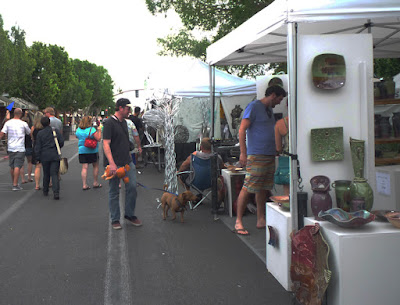 It was a hot day but the sky was clouding up. 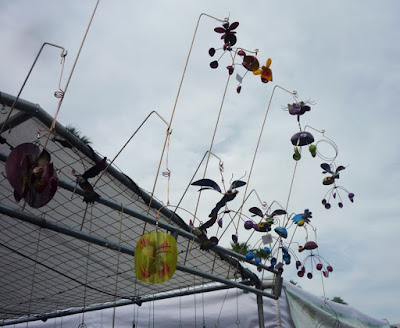 On Monday a hot wind began blowing. It turned into a cold dusty wind, and then it began to spit rain.  This morning it was cold again (50ºF) and everything was covered in mud, then on our walk with the dog this morning we came across something truly odd lying on the sidewalk... 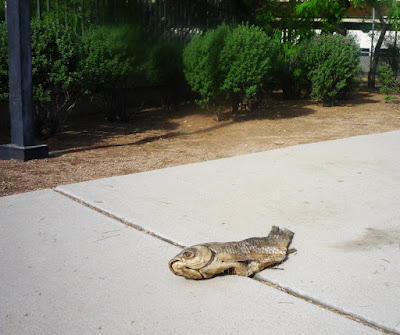 This guy was huge and we're about four hours from the Sea of Cortez so I guess he came from the river.