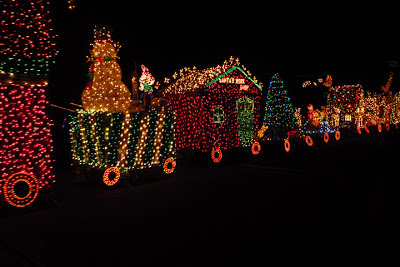 We live up the block from the city of Phoenix's parade route, so, yes, we went to ANOTHER parade.  This one was at night and was called The Electric Light Christmas Parade... Actually, I made that up, and as you can see it's more of a description. 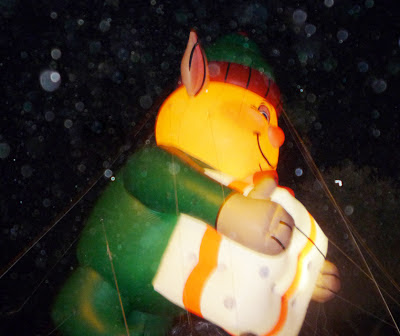 We ate dinner and walked over and discovered that this parade was WAY more popular than the last one.  We also discovered that instead of being at the very end of the parade route we were at the beginning.  Which meant to watch it we had to hop over a couple of walls into the parking lot where the floats and balloons were gathering just to get to a place to watch.  I snapped this photo as we jumped in front of some very irritated balloon handlers. 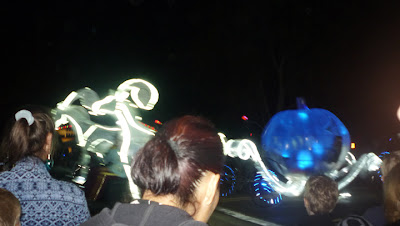 After some commando style running about we found ourselves in the back of a crowd watching Cinderella's glowing carriage pass by. 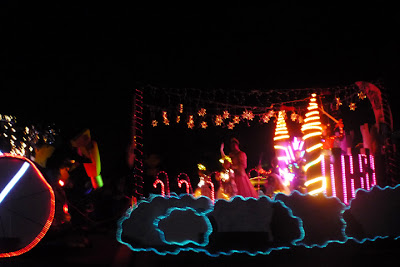 My kids couldn't see a thing so they wormed their way to the front somehow and brought the camera with them.  This is Christmasland. It seems to be on some clouds. 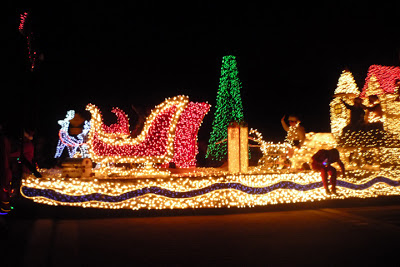 This Christmas sleigh had a tremendous amount of lights. 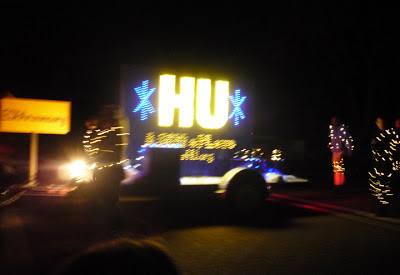 This float is a tribute to the ancient god of "HU"  (that's what the announcer said, so that's all I know.)

While the kids were up front Mike and I could peek out and watch next to the announcer guy with a microphone.  It was very loud, but interesting to get so much info as each float went past. 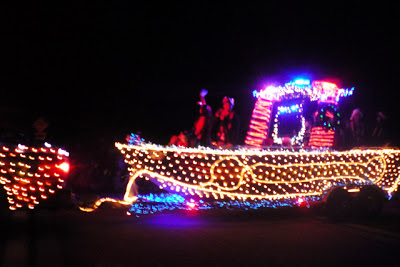 This is a boat float.  I don't remember what he said about this one. 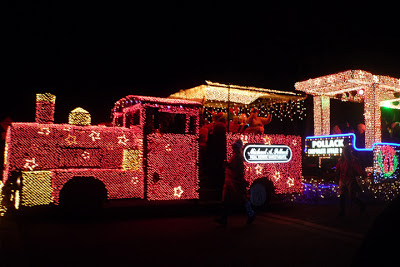 This is The Pollack Family float. They played a lot of music and danced all around it. 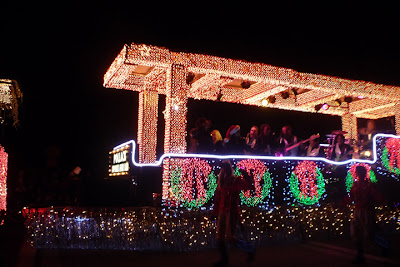 Here it is again.  I guess this family has built a float every year for this parade (26 years). 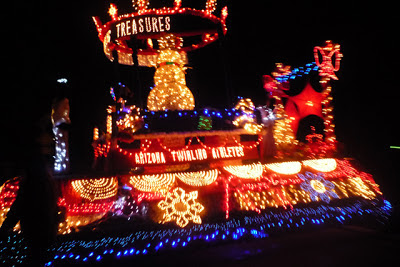 Here is the float that followed the Arizona Twirlers .... 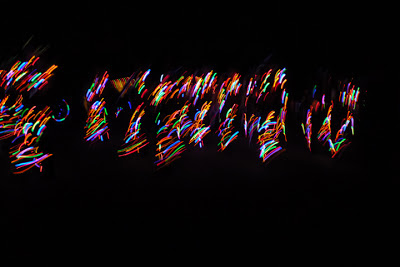 This is a picture of the Arizona Twirlers... Maybe?  I don't know we got a bunch of photos like this.... 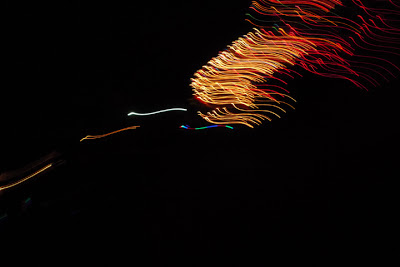 My camera goes a little crazy at night.  It sure can be interesting though. 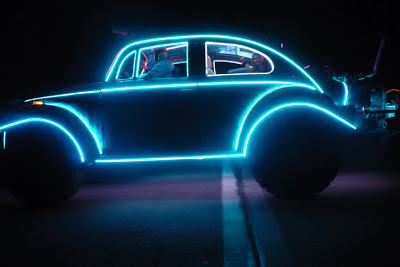 This shot of one of the VW bugs came out ok though.... 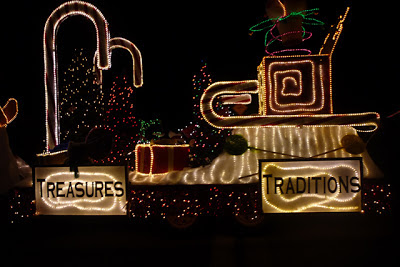 All in all it was a pretty good parade.  It ended abruptly after Santa rode past on a lit up firetruck.

As everyone around us cleared out, we waited where we were for about 15 minutes.  Then I told the kids "Okay, spread out and look for money!" All we found was a superball, 4 glow sticks and an Indiana Jones action figure. Should have brought a flashlight.