From one lakehouse to another 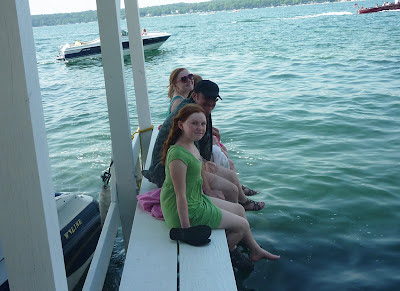 We arrived at our friend, Santo's, lake house in Wisconsin late in the evening and while we went in and met his family and were shown our bedrooms, my cat had other ideas.  She slipped out the crack in the window of the car and disappeared into the woods.  I guess she was ready for a walk around after days and days in the car. We left the doors of our car open and an hour or so later there she was sitting inside like she'd been there all along.  She also brought us a little dead mole (fortunately I found it  before we set out again). 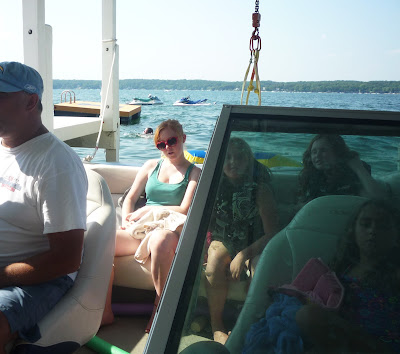 We spent two beautiful days at Lake Geneva.  We went boating and the kids went tubing. 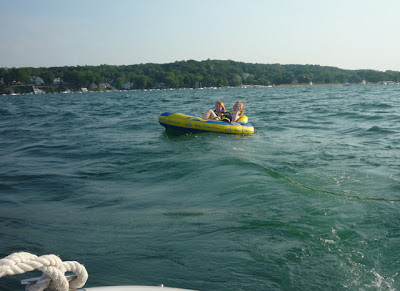 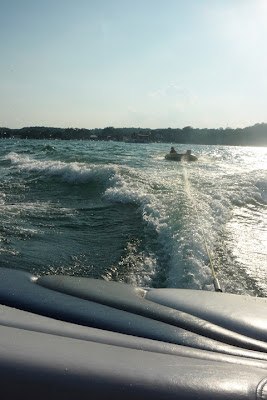 We went to town and went in the lake. 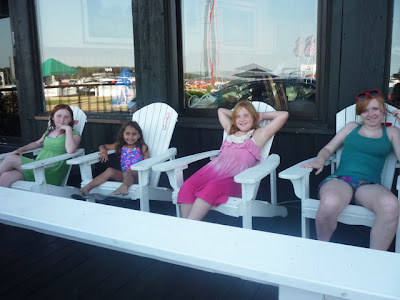 In town by the water. 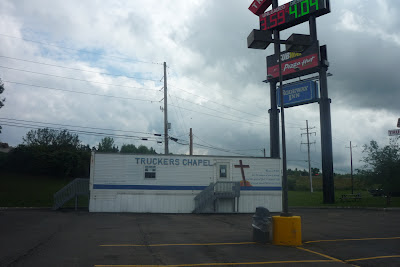 Before long though we continued on through Toledo and into Pennsylvania.
It was interesting to see the trucker showers at all the rest areas and even this trucker's chapel! 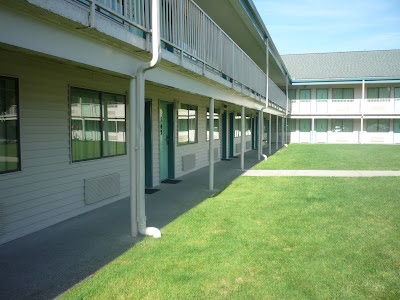 We stopped for the night in the only hotel with a room for miles near Boston.  It was a Motel 6 and they gave us a smoking room as everything was all booked up. Let me say this once… NEVER EVER stay in a smoking room.  It is really, REALLY, awful.  We left the next morning wishing we'd slept outside on the ground, and stinking like we'd smoked a couple of packs. 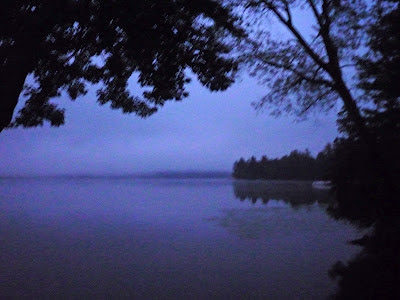 That day we arrived in the Belgrade Lake region of Maine, and drove to the little house on the water that we'd set out for ten days earlier.