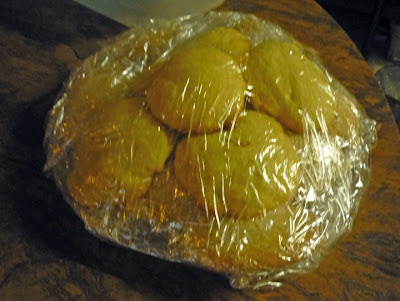 Yesterday was one of those amazing moments that happens when you're raising kids.  When they step up and stretch their wings and fly for the first time.  Naomi, my eight year old, came home from school and decided she wanted to bake cookies for her class.  She looked up a recipe on the internet and made these sugar cookies from scratch, all on her own.  It took a few hours (and for safety I checked in on her), but she did it and they came out quite good! I didn't make cookies from scratch until I was in my teens.

It's funny we celebrate the birthdays and graduations as important milestones, but getting older isn't the same as becoming who you are.  I love this age, eight. Chloe at age eight came home from school and  took the huge cardboard box from our studio and created a boat for a school play.  She wrote it as well and when the other kids saw her boat the whole class wanted to be in it!

When Phoebe was eight she realized she could create a little composition notebook using markers, black tape and lined paper.  She spent her Christmas break making enough of these little journals for each kid in her huge class!  Her teacher was so impressed she called me at home. Eight is awesome.

Today I'm back to working on "The People That Melt in The Rain" . Coloring comic pages for the next chapter of the web comic, which has been on hiatus for a while now, but will soon resume posting!   In the meantime here's a funny bird from my sketchbook. He makes me smile for some reason. 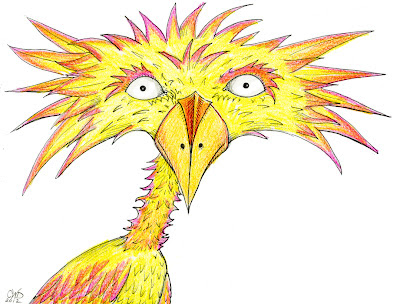