Tonight is another performance of "Seussical" and everyone's gearing up for a busy weekend! I've been taking more photos and I thought I'd share them... 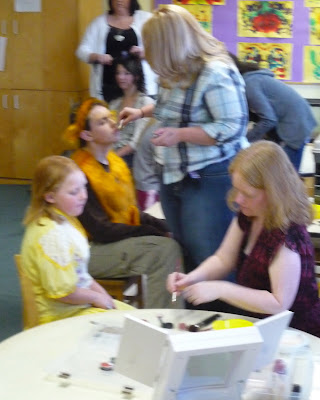 Here I am working in the make-up room. 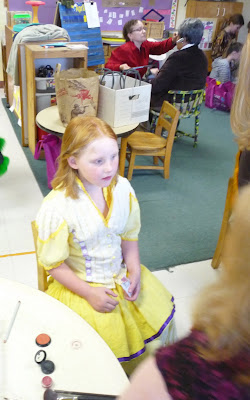 Naomi in costume, and ready for her "Who" make-up. 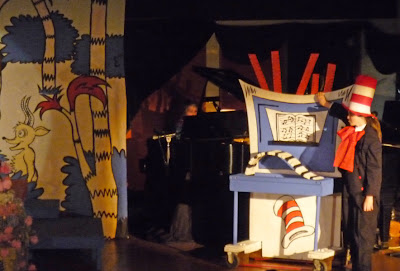 "The Cat in The Hat" onstage.  She's such an animated narrator for the show! 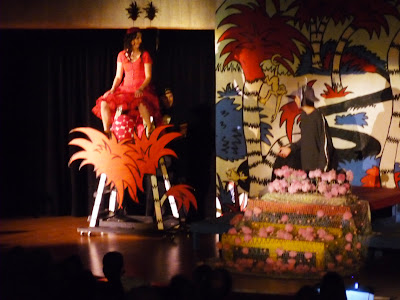 Mayzie on her nest and Horton in the clovers. 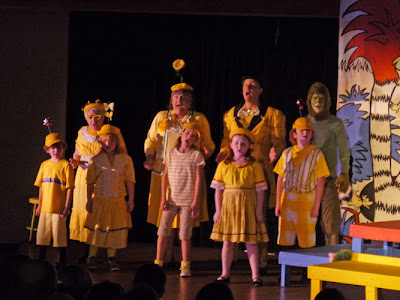 All the Whos singing onstage (including "The Grinch"). Phoebe's on the right, Naomi's on the left. 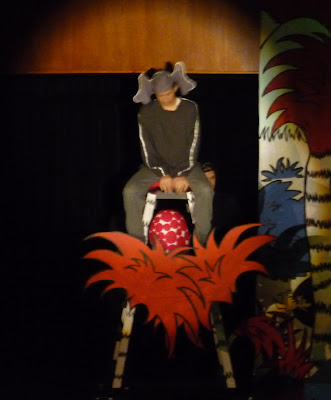 Horton on the nest. 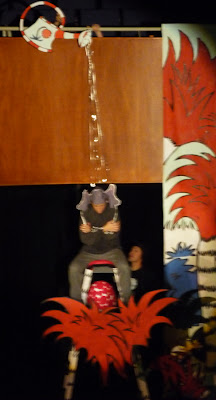 Horton in the rain (I made the watering can). 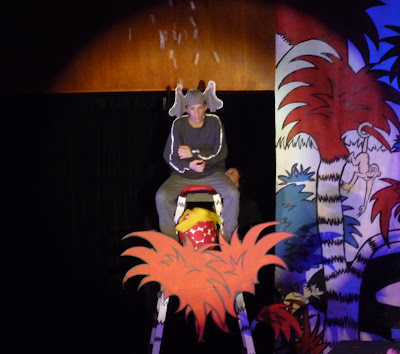 Here's Horton on the nest in the snow (he put a scarf on the egg). 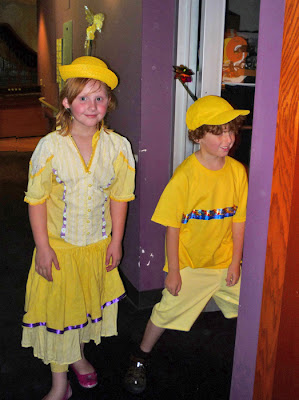 Two "whos" by the dressing room. 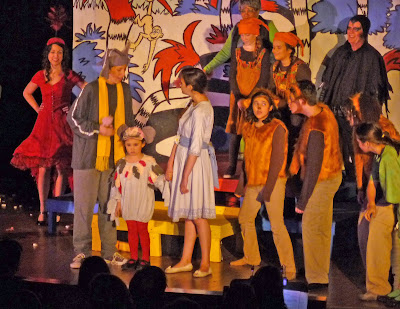 Final scene with "The Elephant Bird" (center stage).
If you'll be in San Diego and you'd like some tickets for the next performance you can get them here!
Email Post
Labels: Looking Glass Theatre musical performance sets Seussical