Cactus crisis and a wild ride in Tijuana

After the funeral last Sunday and a long week of preparations we were finally ready to leave Phoenix. We were all packed up and heading out the door when Phoebe brushed her hand across a cactus and covered it in no less than 6000 hair like needles. My brother, Duncan and I sprung to action and attempted to carefully pull them off... thus getting them stuck into our own hands and all over our clothes. After minimal progress we looked online and went about trying duct tape to remove them. A good idea, but only moderately sucessful (and painful to push the tape down!). Finally, Duncan coated our hands in elmers wood glue. As we sat drying them in the Phoenix sunshine we noticed that the glue was soothing our sore hands and peeling it off dry pulled out nearly all the needles!! It was brilliant! Thank you Duncan!
I've been attempting to catch up on work all week. Here are a couple of images from the film I'm working on, "Final Resting Place"... 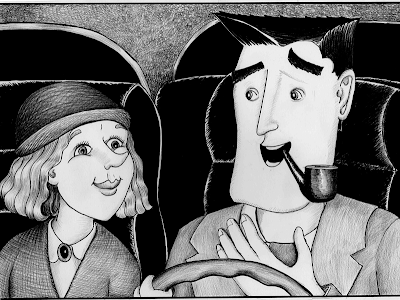 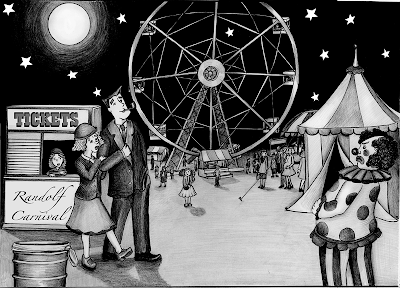 The Small Press Idol competition is moving on to Round 2 shortly. Be sure to sign up here so you can vote for "The People that Melt in The Rain"!!

Yesterday Mike and I headed down to Mexico again. This time because Mike needed a biopsy done and for uninsured artists our own country is WAY out of our price range. We hopped into a cab and cruised through Tijuana, which is a really nice city if you get away from the tourist areas and "la linea". As we careened along our cab driver decided to practice his English on us (which was quite good). He began to tell us about his terrible traffic accident in which he injured his legs, chest and his brain which needed surgery. I groped about causally looking for a seatbelt which didn't exist,but then... we were there. Anyway if you're down in Tijauna and using "Taxi Libre", be sure to ask for Victor!!!
Email Post
Labels: Arizona border crossing cactus needles driving Final Resting Place Mexico removing catus needles Small Press Idol The People that Melt in The Rain Tijuana