Last week Mike and I celebrated 28 years of marriage. We decided to stay local this time and headed over to the Aquario de Mazatlán (Mazatlán Aquarium). 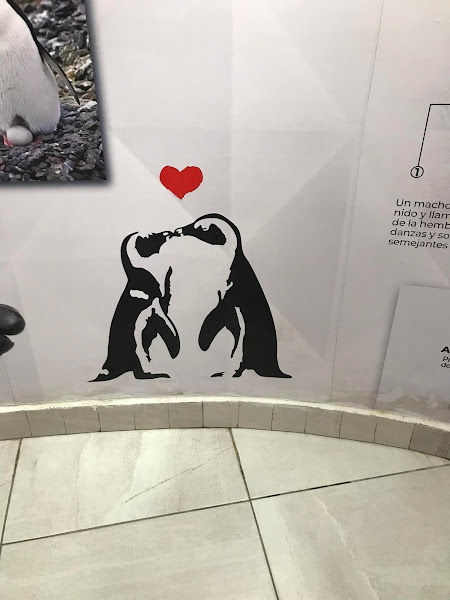 They had a brand new penguin exhibit which was really beautiful and spacious. I think the penguins they had were the kind that show up in Africa sometimes. 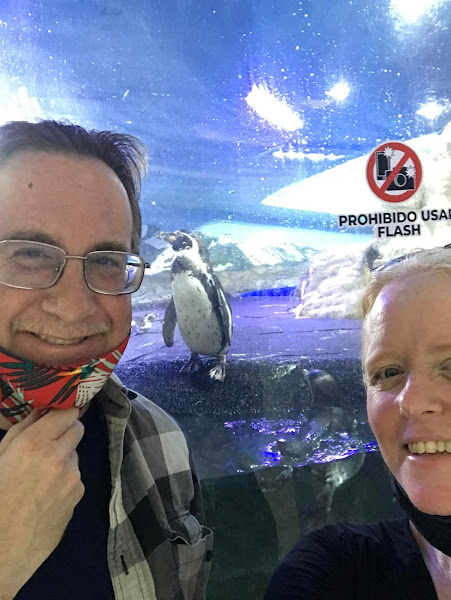 That’s a real penguin behind us (I thought he posed nicely). 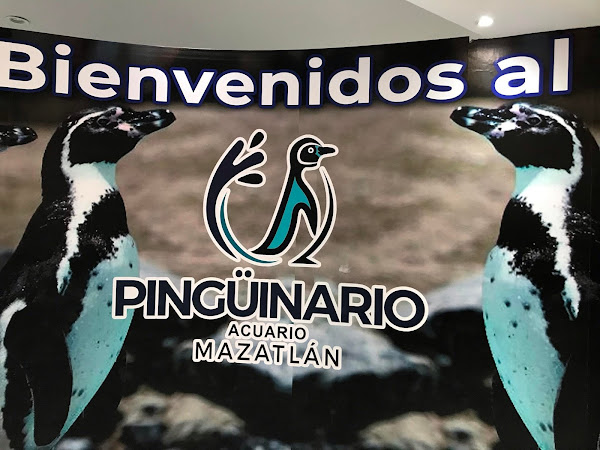 The sign by the entrance. (All of the penguin exhibit was in Spanish only, the rest of the place was bilingual). 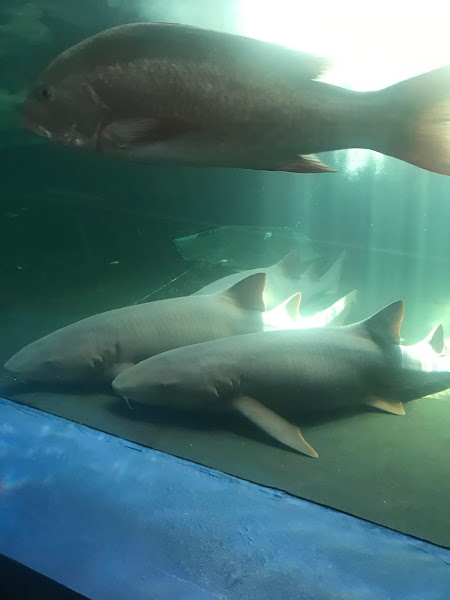 Unlike the penguins (who had plenty of space) these nurse sharks were in a very small overcrowded tank at the front. Mike said he saw one of them consoling the other two by gently touching them when he swam the short distance past them. Mostly they barely moved from the bottom and crowded together for companionship. 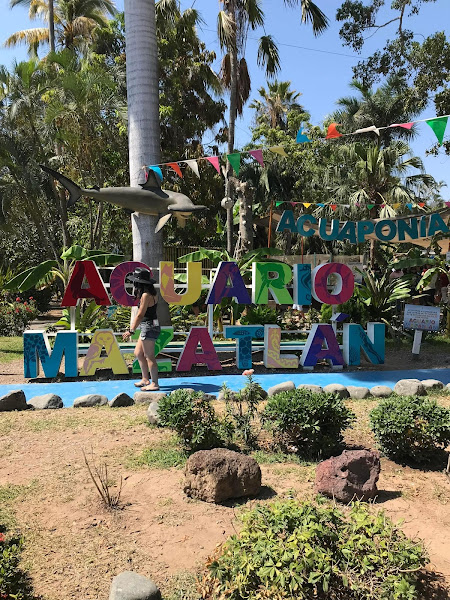 Aside from the penguins, the fish and other animals were in pretty small tanks. I felt really bad for them. I think in the future I will avoid zoos in third world countries. It was a bit depressing. 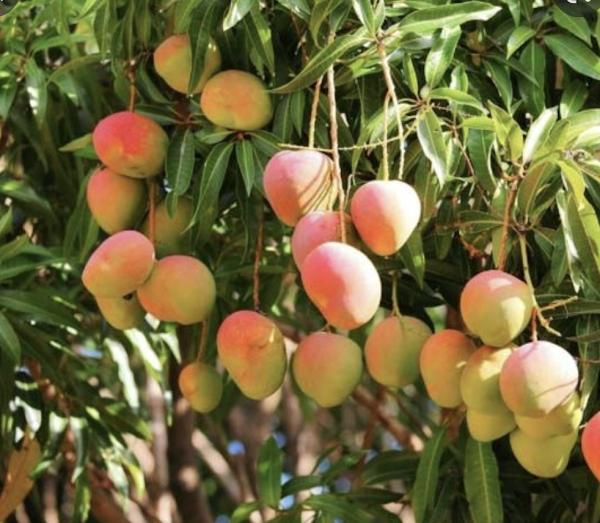 Our life these days is mangoes, mangoes, mangoes! Our tree has produced so many mangoes we collect bags,and bags of them each day. We try to give mangoes to everyone we meet. We are now officially mango pushers! 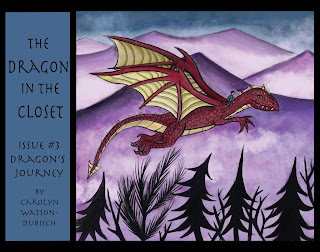 I also am excited to announce my new book “The Dragon in The Closet, Dragon’s Journey” is available on Lulu, Amazon and for a free download on Google Play!
It’s so incredible to have completed three issues of this comic book series! I’m pretty excited about how it’s all coming together.
Email Post
Labels: Aquario Mazatlán aquarium Dragon Dragon's Journey free ebook penguins sharks The Dragon in the Closet
Location: Mazatlán, Sinaloa, Mexico