Everything is canceled but life goes on

Well, Chloe's trip to Las Vegas has been canceled. She was going to go with her Engish Department for a conference and present some of her writing. It was really a big deal. Her school has also closed down and she has to clear out of her dorm until mid-April when I guess they are opening again? I don't know. Closing and canceling everything is really widespread now in the US. I have art that was supposed to be in an exhibit in Phoenix this month and it's not happening. 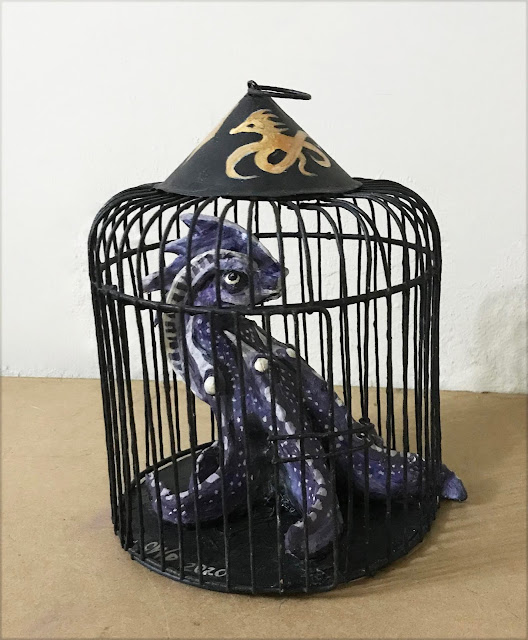 This week I also shipped my sculpture "SpeciesXIII" to Galerie Peltier in Copenhagen, Denmark. I also shipped a painting by Mike for the exhibit. Anyway, Denmark seems to be closing down now because of the virus so who knows how that will go. 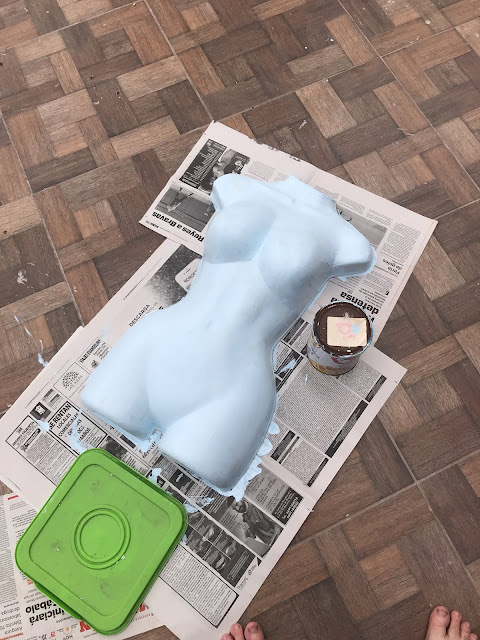 A couple weeks ago I found a discarded mannequin, and this week I had some time to start painting it. 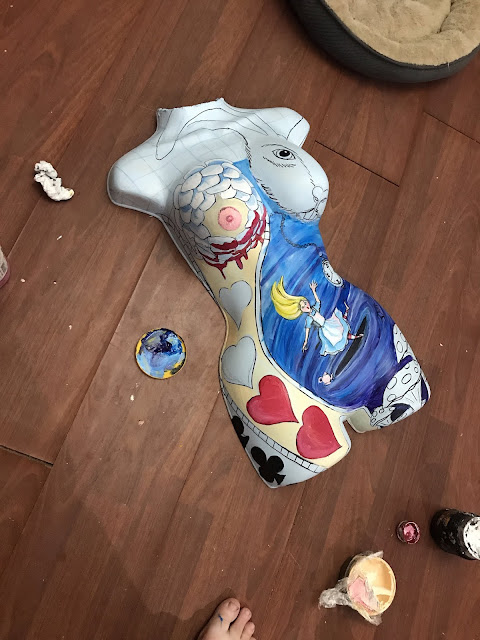 So I designed it based on an "Alice in Wonderland' theme. 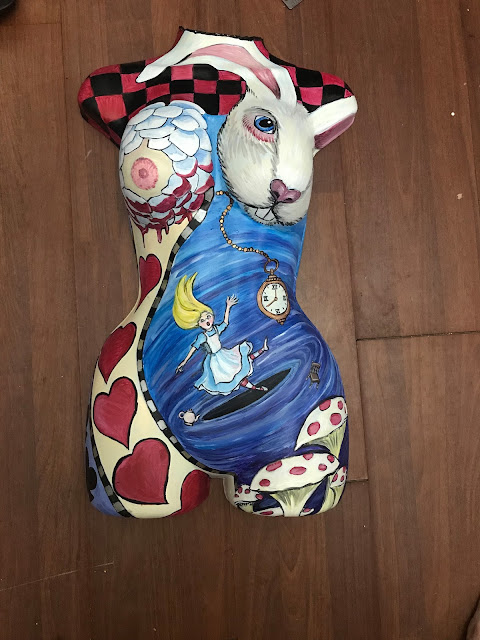 I'm calling it "White Rabbit" and will add it to my exhibit at the Golden Zone Art Walk next week.

Some people have asked how things are here in Mexico, with the news that COVID-19 is an official worldwide pandemic. Right now there are 12 official cases, but in Mexico, there are only 4 cities that I know of that are doing any testing, and this isn't one of them. The Mexican people I've talked to seem unconcerned, aside from doctors and medical professionals. They don't believe the media and think it's yellow journalism. The only people I've heard talk about it is mostly US and Canadian ex-pats and some have mentioned people in their building being very sick with something nasty. The local government announced yesterday they expect an outbreak sometime between March 20-30. However, nothing is closed, toilet paper is plentiful, and festivals and events are still happening. In fact, this week is "Moto Week" and the city has been descended on by motorcyclists from all over the continent it seems.

Anyway, living through a pandemic is not something I ever thought I'd be doing, but here we all are. We'll all get through with a little help from our friends.
Email Post
Labels: Alice in Wonderland alien sculpture Cancelations Copenhagen COVID-19 Denmark mannequin mannequinart school cancelled Species XIII White Rabbit
Location: Mazatlán, Sinaloa, Mexico