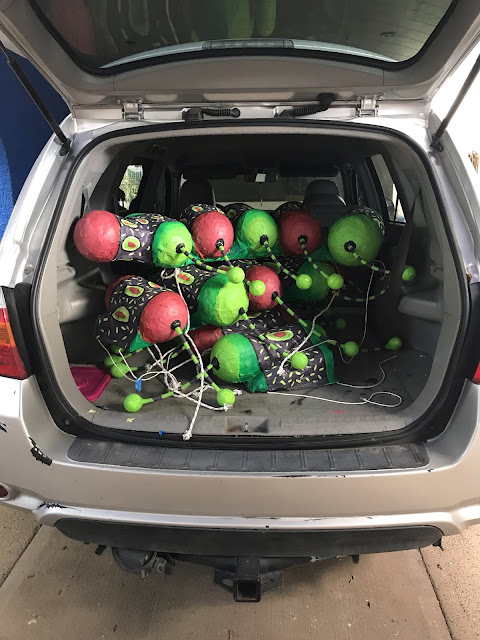 Yesterday morning I drove my millipede down to Olas Altas to hang him on the balcony of Diane Wolf's Gallery. She's located on the parade route for Carnival! 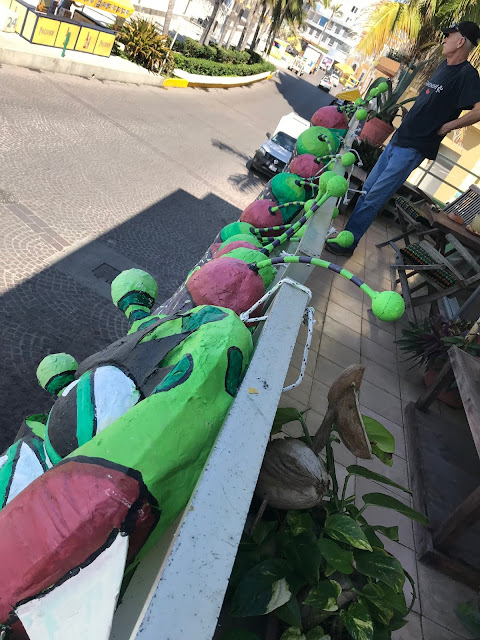 Getting there was challenging as roads are already blocked off! But with my limited Spanish skills and the fact that he was piled in my trunk, I made it thru the barricades and gates. 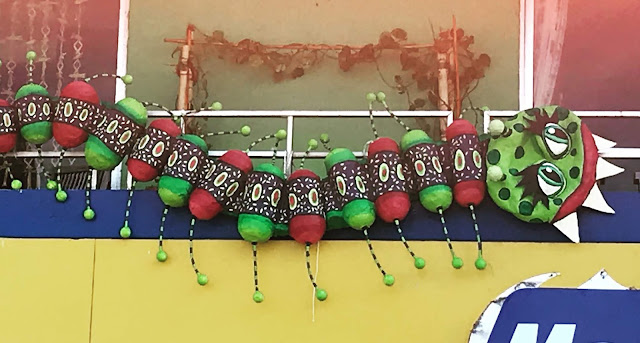 Anyway, with Derreck (her friend from Canada who just flew in that day!) and Diane's help, we hung him right up!! 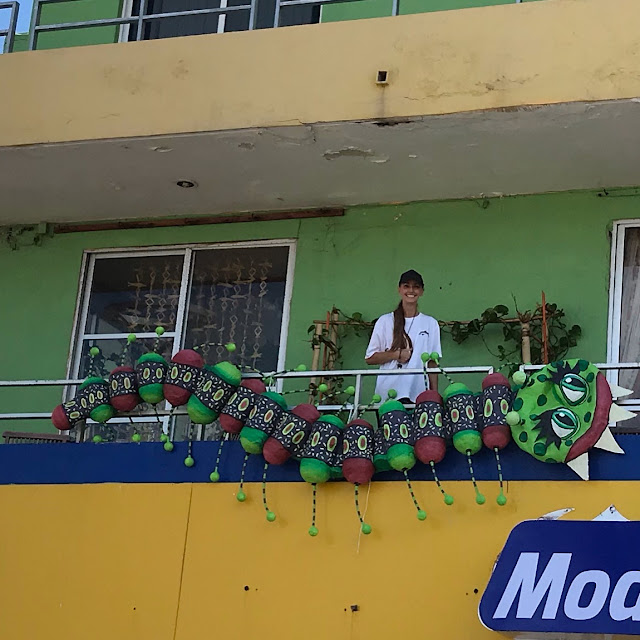 I think he looks pretty great up there!

Tonight is the big fireworks event that helps kick-off Carnaval! Mazatlán's Carnaval is the third biggest of it's kind in the world after Rio de Janeiro and Mardi Gras in New Orleans. The city is already full of people from all over the world. I met a man from London during the Art Walk on Thursday and a bus full of French speakers came through the gallery that day as well.

Tonight the fireworks will be coming off of two ships offshore and we'll be watching from Diane's balcony. They will also be burning an effigy of someone on the Malecon. Usually, it's a hated Mexican politician but Donald Trump has had the honor of being the first foreigner ever torched for this event! We shall see tonight who it it this year.