Last weekend was the opening of the Mutant Piñata Show and Mike and I, of course, were there with bells on (ok, does anyone other than a cow wear bells? ). In fact I'm in this slide show from The New Times -slide #35- with my spider piñata.

Some of the piñatas were more sculptures and less of something you'd hit with a bat. 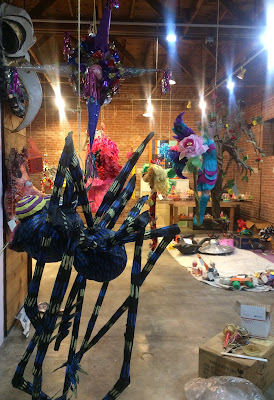 Here's my spider in the foreground. 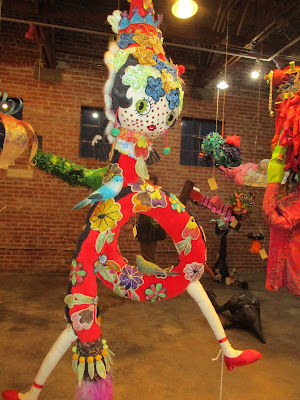 One of the more unusual ones (that's saying A LOT at the Mutant Piñata Show). 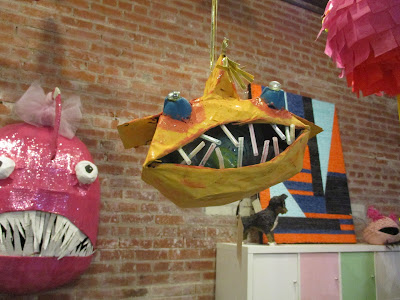 Anyway while Mike and I were milling around the art shows for Art Detour Weekend, Naomi and Phoebe were at a Youth Group event in Chandler. They had a great time but 2 days later Naomi came down with the worst cold I've ever seen her with (seriously, I was looking up symptoms of meningitis, because we are late with that one vaccine. How do people who don't vaccinate get any sleep!!)


Yesterday was the big art show at Phoebe's school. Because she is in AP art she had a huge display of her work. Naomi crawled out of bed and came in to see, because these sisters are pretty devoted to each other.

This is half of her name banner and some of her space prints. 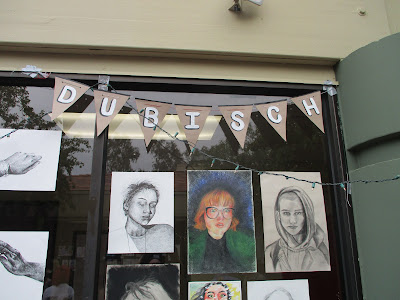 The other half of her name banner and some of her portrait work. 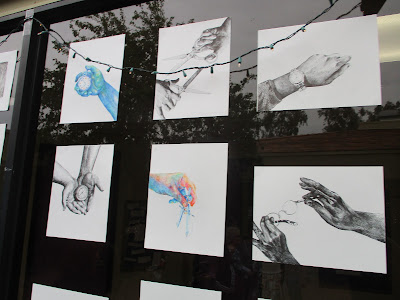 Her AP art concentration (so many people wanted to buy these!) 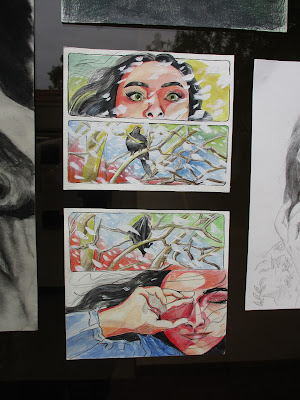 A comic strip she made. 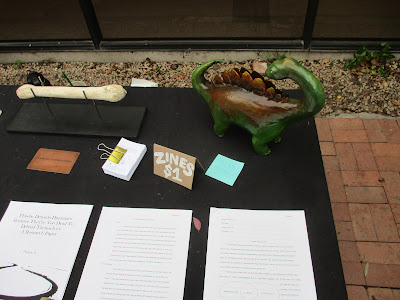 Her dinosaur and some of her other work. 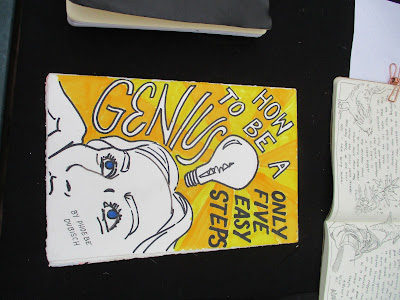 Some of her sketchbooks.  She did really well. 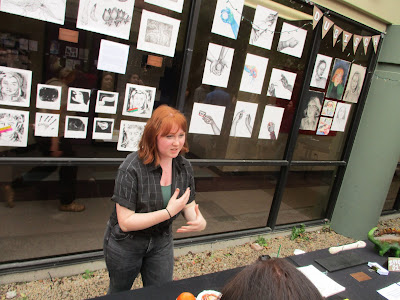 She sold some of her little zines and a massage therapist wants her art to decorate her office. She'll have to make some new things as all of this work she needs for the college board. 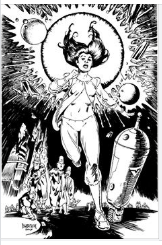 In the mean time, Mike has been posting A LOT of his art for sale on his website at Dubisch.com and here at Big Cartel. He has some of his best work up so be sure to check it out!