Thanksgiving with Phoebe and photos from abroad

Last week both Phoebe and Chloe were flying separately, but on the same day. Phoebe left school in Napa and traveled to San Francisco to fly here. She stayed in constant contact and wrote me when she got to the airport and realized she forgot her passport (or any ID except her school one). After some panic of sending her photos of her old passport and the new one. She was sent through security without much of an issue.

Chloe flew from Glasgow, Scotland to Gothenburg, Sweden. She went with her friend and suitemate from school to visit her hometown. She basically stayed completely out of touch the whole time until the next day. At this point with Chloe, I was ok with that that. She's traveled a lot on her own, so if I don't hear from her usually things are fine.

Chloe loved Scandinavia. She said Gothenburg was her favorite city of all the places she's been. Unfortunately I have no photos of that. She did finally send me these pictures though.... 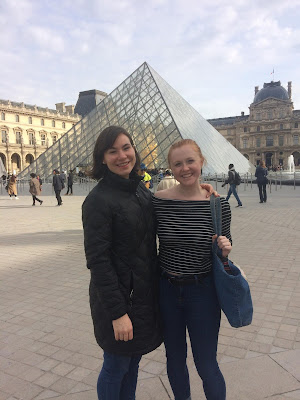 Chloe and her friend, Cheye, visiting the Louvre 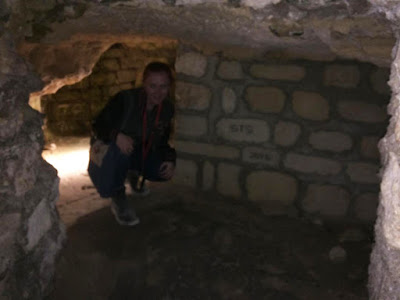 An action shot of Chloe in the Paris Underground. 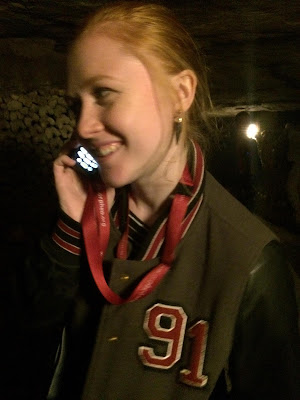 Chloe on the phone in the Paris Underground 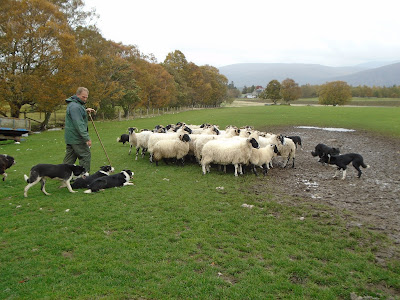 Sheep and sheepdogs from the Scottish Highlands 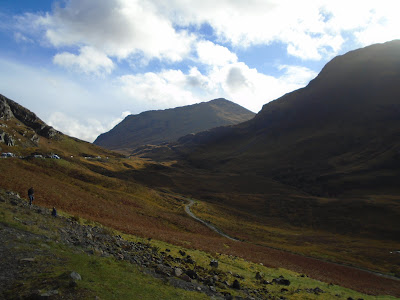 A beautiful shot of mountains in the Scottish Highlands. 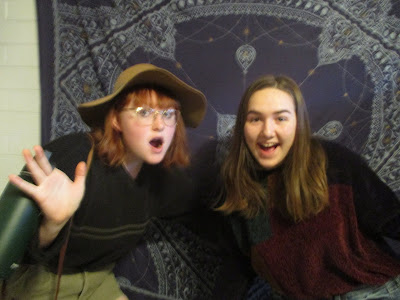 In the meantime, Phoebe was home all week, for her 17th birthday and Thanksgiving. On Saturday we went with her and her friend Freya to "Merry Main Street" in Mesa. It was a Christmas fair in the downtown a bit under attended, but still fun. 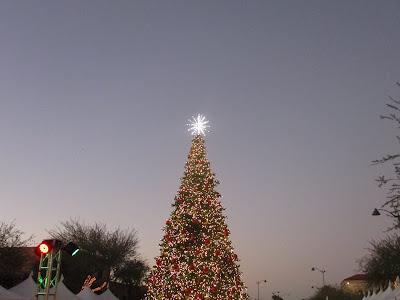 I took this shot of the top of the Christmas tree! 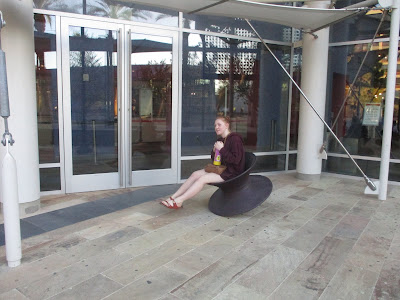 Naomi in a swivel chair by the Mesa Arts Center. 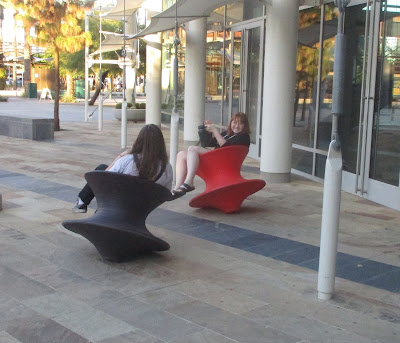 Phoebe and Freya in swivel chairs. 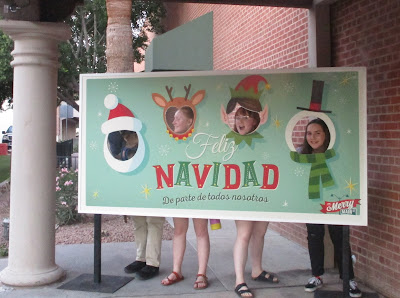 There were many, many selfies spots in town (so many). 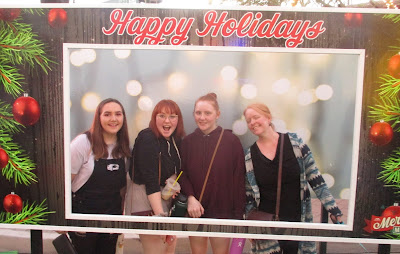 Here's another one. We ate at food trucks, shopped at the Merry Market and wandered around all evening. 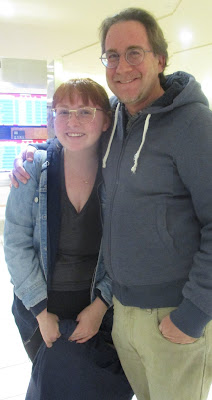 Anyway on Sunday morning at 5:30am she left again. Just like that, Phoebe's back at school.

So vacation is over. I'm back to teaching and later this week, Mike is assisting me in recreating this painting I sold a few years ago at the Tempe Festival of the Arts, "Chalk-a-lot" event.  It's called "Through The Porthole"..... 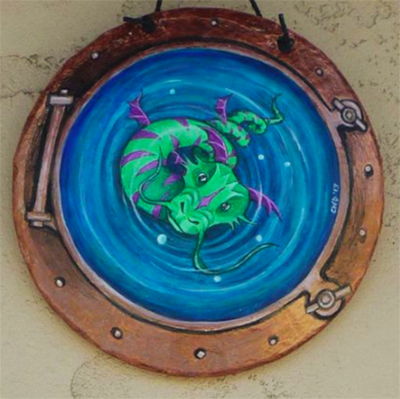 If you happen to be in the greater Phoenix area, come on down! Vote for me! Toss a dollar in my tip jar!  (Seriously though, it's a great day out!)
Email Post
Labels: Chloe christmas flying Highlands Mesa Mesa Arts Center painting Paris Phoebe San Francisco Sweden Through the Porthole travel