Lots of masks and a new school 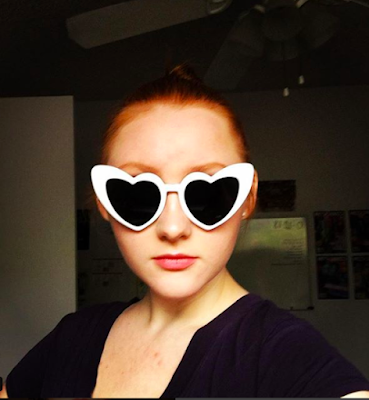 I knew it would happen sooner or later, but my youngest, Naomi, has grown very tired of online school. Spending days and nights at home all the time has become tedious. The lack of teacher interaction, and social interaction became isolating. So this week Naomi took the plunge and started at our local high school. We drive her in because for some reason mornings are hectic, but she has a student pass for the train and makes her own way home. She's back in guitar class, and is taking Spanish for the first time since we lived in Argentina! 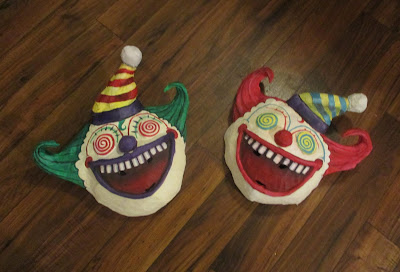 In the meantime I'm making many masks. These two are called "Nite Nite" and "Peekaboo". They are very, very large. I also had a HUGE order from the TNT network's costume department for a series called "Tell me your secrets". They wanted 13 masks in a week. I had at one point 29 masks I was working on at once! It was so much I had to take my store offline for 5 days. Now unfortunately it made orders slow down to a trickle. I think I need the break though. 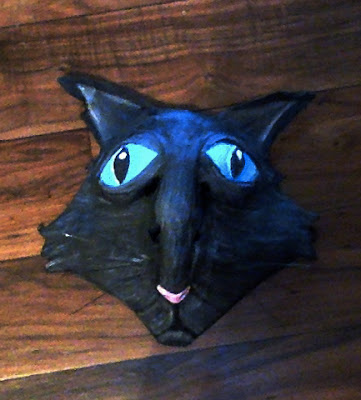 This is one of my other orders. A mask of the cat from Coraline. 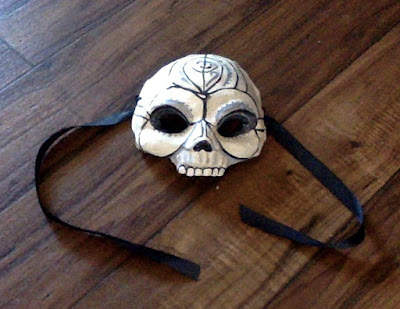 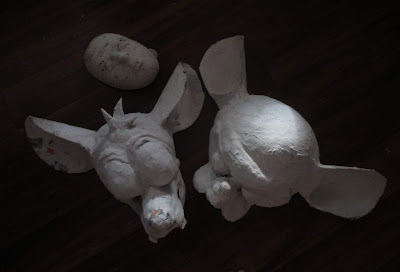 And these two are still in progress in my studio, Pinky and the Brain. As you can see they are quite large. (For comparison I put one of my plaster bases in the photo). 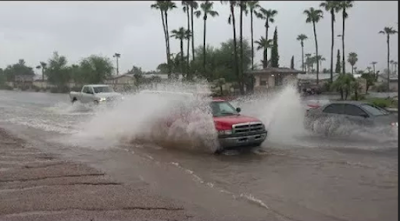 Anyway it's been a bit crazy weather wise here. Lots of storms and so much rain on Saturday I couldn't make it to my drawing and painting classes in Peoria. The roads were so flooded I almost got stranded!! Fortunately I made it home and managed to cancel the classes.