Chalk it up Prescott and a teacher's strike

This past weekend was a busy and a bit exhausting one, as Mike and I went up to Prescott, Arizona for their annual chalk festival. When I say up, I mean up! They are literally a mile high city up in the mountains.

On the plus side this means that temperatures are only in the high 70's (unlike in Phoenix, which is hitting the high 90's). 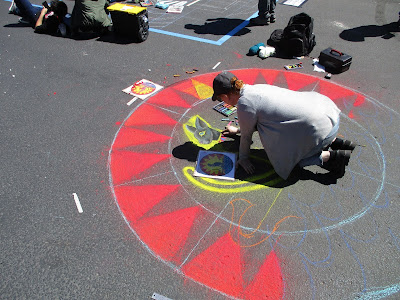 Even so working in the direct sun takes it's toll. I burn a lot faster at a high altitude. 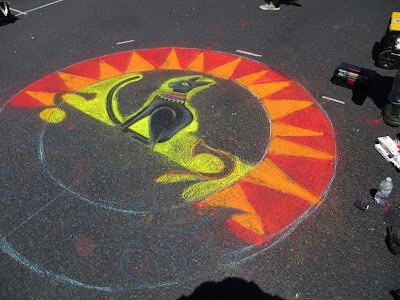 This is where I stopped for lunch that Saturday. 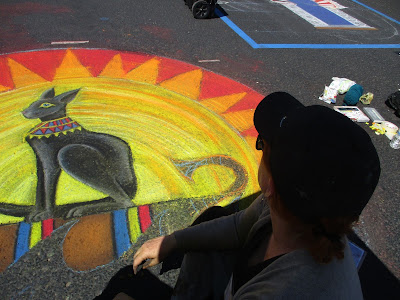 Later in the day Mike started sitting with me, shading me with the umbrella. 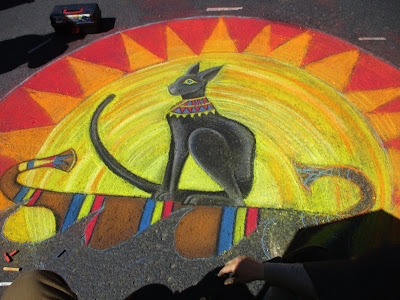 We definitely worked fast and made good progress on this 8 foot mural on the first day of the fest. Unfortunately I couldn't sleep that night at the hotel, thinking about this mural and distracted by my aching drawing hand which I managed to severely burn. I just didn't think to put sunscreen on my hand and it wasn't shaded by the umbrella. 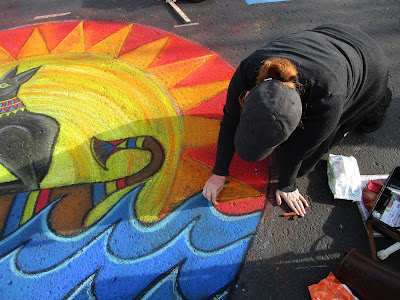 So we came back at 6am as the sun was rising. 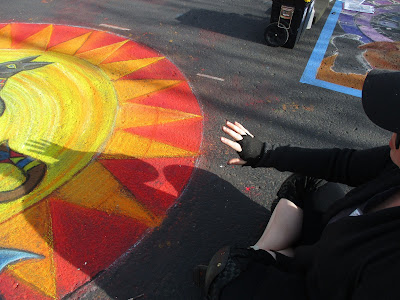 I cut up one of my socks that I'd packed and made it into a glove to protect my hand. 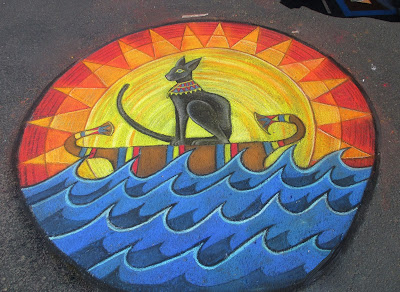 Anyway, I was done by 11am. Which was good I didn't want to work any later as I was exhausted. 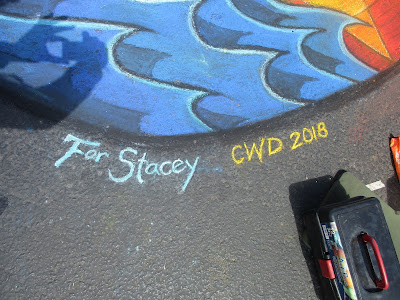 I dedicated this mural to my friend, Stacey Aragon, who liked this original painting so much she bought it. She also supported me through my work for years buying my comics and paintings and even commissioning art. Then she passed away last year because cancer always takes the best people.

All in all it was a really nice event and if you're ever in the area in April it's a great day out!

In other news this week has been a strange one. It started off normally and then the teachers of Arizona have gone on strike. The school system I teach after school art at has shut down today and tomorrow, and for possibly longer. My daughter, Phoebe's school is a small charter school that can't afford to close, but she had an excused absence today. Naomi's online school is business as usual, but all the big public schools are shut. 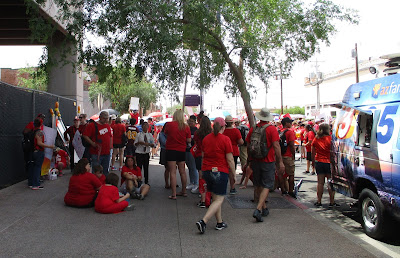 This morning teachers and supporters gathered downtown. They are all dressed in red because it's called "Red for Ed". 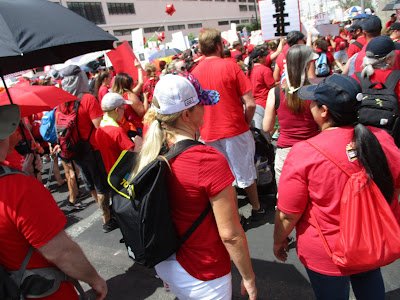 We managed to find teachers and students from Phoebe's school and march with this packed crowd of 70,000 people in 97º heat. It was one of the biggest marches I'd been to (and I've been to quite a few this year alone). 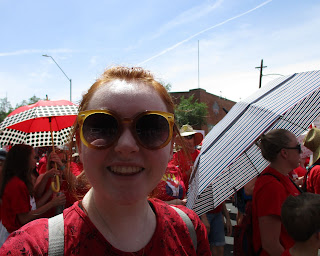 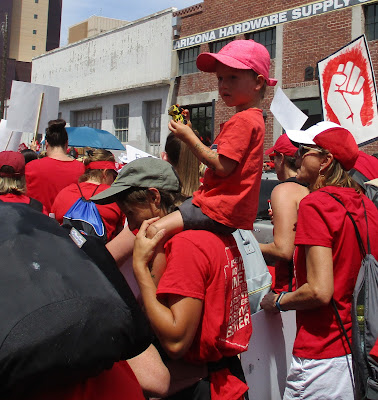 These people are obviously experienced marchers. They wrote their phone # on their child's arm in sharpie. Anyway it was intense. I hope this strike doesn't last as long as the last teacher's strike we witnessed. The one in Bariloche (Argentina) lasted weeks and weeks. Of course the teachers in Arizona are paid appalling low salaries and most work several jobs, so I hope this goes well.