The Around the World Mandala Project

Ever since I went to the International Chalk Art Festival in Sarasota, Florida I became connected to street painters from all over the world. I even met real Italian "Madonnaris" (which means, essentially, professional street painters from Italy). It's big deal in the world of chalk art because it's a very old art form in Italy and to become a Madonnari you must be invited to participate in festivals there.


Anyway since I've returned my new friend,Gary Palmer, has invited me to participate in a event call the Around the World Mandala Project. Where street artists from all over the world simultaneously create large-scale public artworks in the form of mandalas in their home cities as a symbol of intentions of peace between peoples. 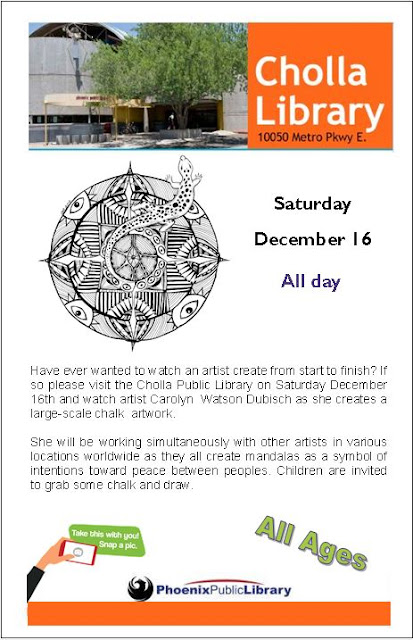 So now this is happening on Saturday, December 16th. Chloe will be back from college and has agreed to help me that day . This is great because she is the master of the mandala, she draws them incredibly well.

Here's my color sketch of what we'll be doing.... 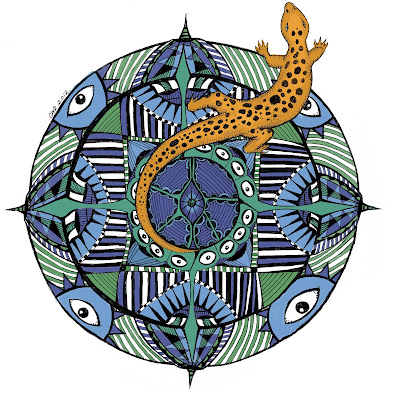 I have a lizard in the design because we're representing Phoenix. These are the other artists and their locations:


I'm looking forward to seeing all these amazing mandalas!!

In other news, Phoebe has secured a caricature job next week (her first!). She's been hired to draw the attendees at the Middle School Winter Formal. I'm really proud of her. Caricature is tough to do.