Launching paper lanterns in the desert with 8000 people

Saturday was much anticipated for us. We were going to the Lantern Festival! Even my kids were excited (as teenagers they are generally against getting excited about things).


After driving an hour out to the desert (Casa Grande, AZ) we waiting in long lines, to get some food.

Outside food was strictly prohibited, they check bags and took it, but vegetarian options were very slim.

We waited for sunset on an abandoned stage out of the crowd. Many people decorated and wrote on their lanterns, so we did too. 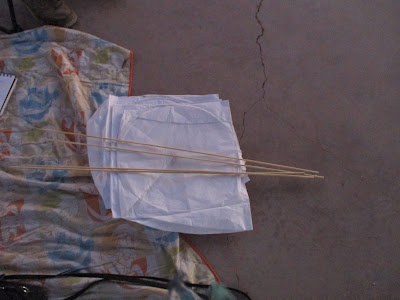 These are the folded lanterns they gave us at the entrance. Even though I'd never done this kind of thing before I was very careful not to rip or tear the paper as I carried them around. I had a bad feeling about it. 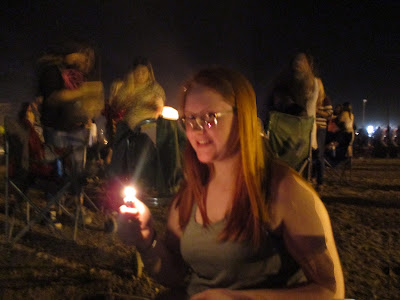 After eating and gathering our things we moved into the crowd by the performance stage and the fire pits. Naomi was very happy that we all received our own "Lantern Festival" lighters at the entrance. We also received s'mores kits which I let everyone else have mine, dinner wasn't sitting well for me. 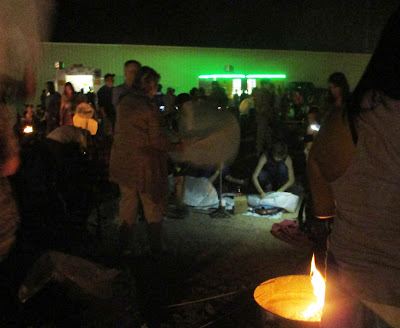 People all around us started getting their lanterns out and inflated on the cue of the host/singer on stage and they launched one test lantern for the fire marshall to watch the winds. 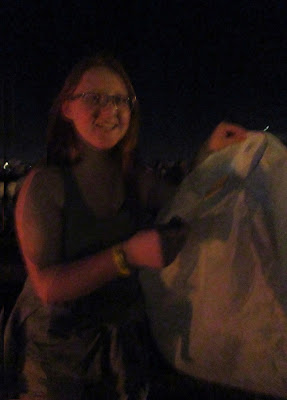 This is Naomi getting her lantern out (I hate that it's blurry). 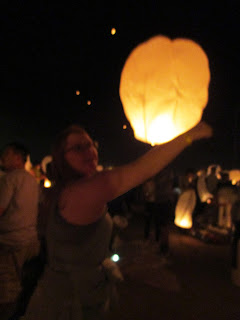 Naomi stood there holding her lit lantern as long as she could waiting for the rest of the crowd to catch up, but then it just wanted to go! 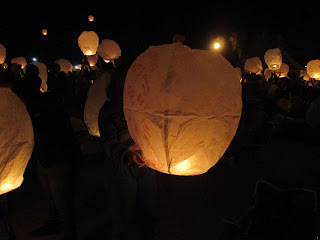 This is Phoebe, holding it while it fills with hot air. She wrote all her personal goals on her lantern. 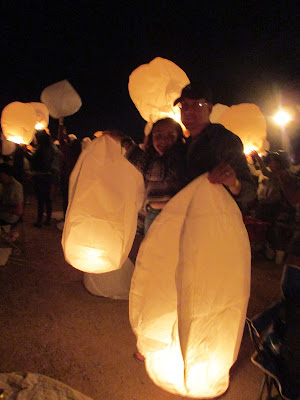 Mike and Phoebe holding their lanterns. 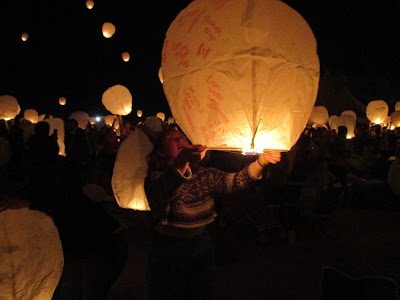 Phoebe's is almost ready to go! 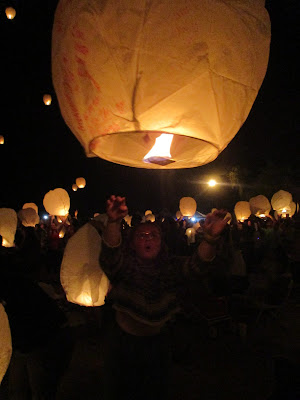 And my favorite picture is Phoebe launching her lantern. There's such and intensity when you let it go. It has to be ready or it drifts side ways and many flaming lanterns drifted into other people hitting them unaware in the back of the head. No one I saw ever got hurt they'd just grab the flaming thing and push it up trying to help it launch. I was right about holes. Lanterns with holes had a lot of trouble flying. 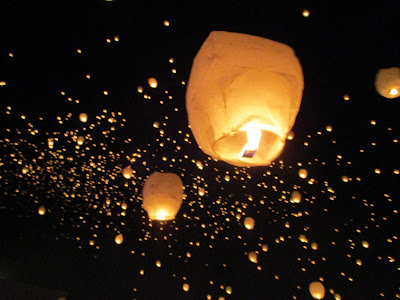 Mike took this shot of my lantern after take off. On the side I wrote "A Magical Journey", a wish I had for myself and for the lantern. 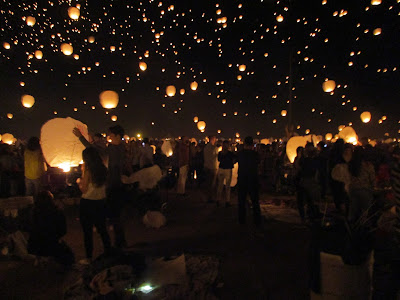 Once the stress of launching our own lanterns was passed, it was so enchanting to watch the crowd and the sky. 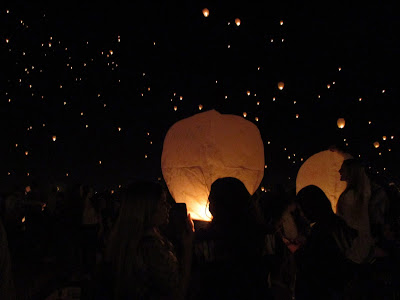 Some people right next to us launching theirs. 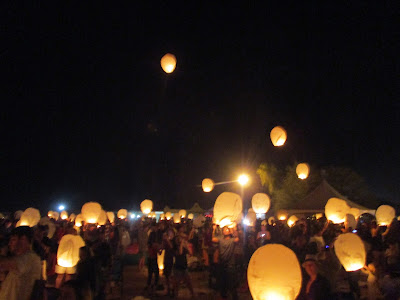 From the very beginning of the launch. 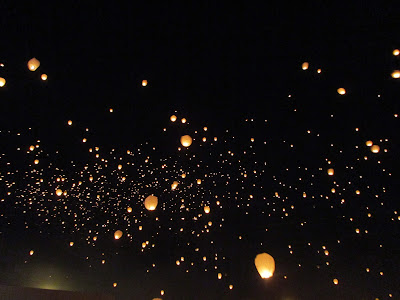 It's amazing how these lanterns are a metaphor for life. They all start out neat folded and identical. Each person takes one and write hopes and wishes on the side. Some are treated well, carefully carried till launch and some are neglected with little rips and no writing. At launch they a set a flame and fill up rising like in in life. The ripped ones struggle and with extra help launch, while a few with big holes never get very high. As they fly they go higher and higher till they burn up and reach the end of all they will do. 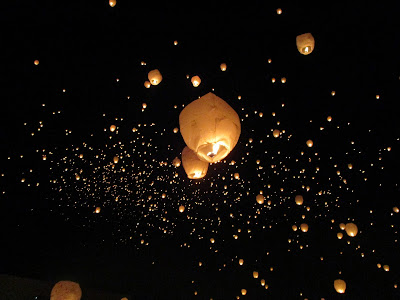 It took over an hour for all the lanterns to launch. The sky was full of lights for quite a while, but you could see the gray shells of lantern shaped ash drift onto the telephone lines nearby. 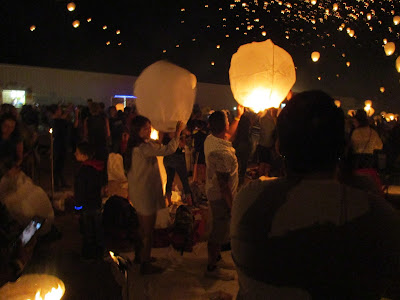 As the evening stretched on I realized that I had more than an upset tummy and started making runs to the port a johns (no fun in the dark). 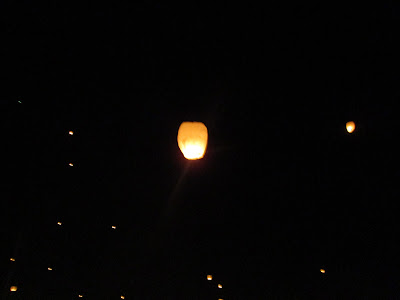 While Phoebe and I made our way over to the port a johns . Mike and Naomi waited. Naomi saw a stray lantern struggling so she walked over to try and launch it but it wouldn't go. Then she turned around and couldn't find Mike. It was dark and very smokey.  I came back to Mike standing alone and we were both confused. Then Phoebe finally showed up she also had gotten lost in the smoke. Eventually I spotted Naomi and we left the smoke and dust behind. It was a pretty magical night.