Right now it is New Year's morning and outside it is pouring rain. It's really uncommon for Phoenix to be so dark and gloomy and WET! 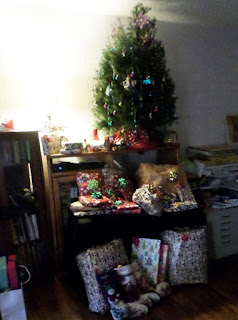 Christmas morning came and went in our house, and off we went into the mountains.... 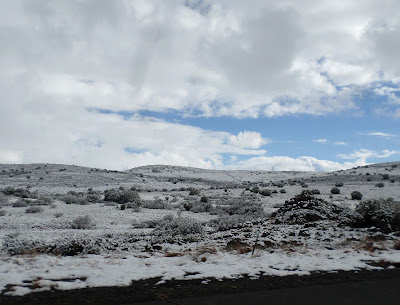 We live in a place where it's exciting to see snow on the ground, so I took pictures of it as we headed up north. 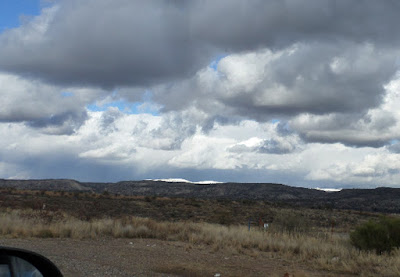 The mountains in the distance. 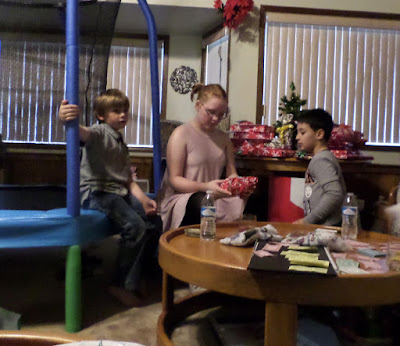 We arrived at Mike's uncle's house fairly late, but seeing family was all that mattered. Here's Naomi with the cousins on Christmas day.

2016 has been full of trials but also many good moments. Here a few of mine:

#1 Watching Chloe graduate from High School.
#2 Getting lost in Tijuana and discovering our Spanish is not as bad as we thought!
#3 Finally trying one of those Segway tours (which was loads of fun till I fell off and got a bit scraped up).
#4 Getting invited to an artist residency at the Green Olive Arts Center in Morocco (which means 2017 will be even better when we go!!)

For New Years Eve we broke with our hat making tradition and went to see the new Star Wars movie. Chloe is home (after an epic journey through snow and ice a couple of weeks ago) and she made us all her homemade lasagna. Unfortunately, Rogue One was a bit gloomy to ring in the New Year with as literally everyone dies (kind of like a zombie movie). However it was also the second to last night of Hanukkah, so that was quite nice. As I sit here eating lasagna for breakfast (Did I mention, Chloe made A LOT!), I just want to say.....