Phoebe's Mystery Party and Chloe's back!

This past week just flew by! Chloe was home from college for the first time since August. 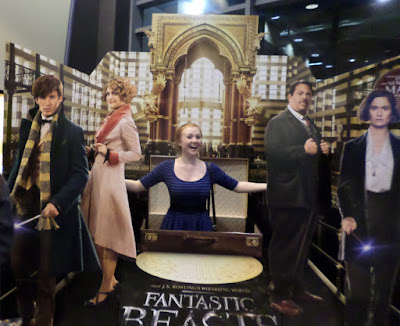 No, she did not travel home in a suitcase, (she did bring one full of laundry though). 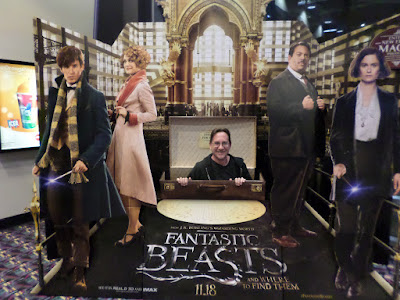 These are just some fabulous photos we took before the showing of Fantastic Beasts and Where to Find Them (which was a great night out). 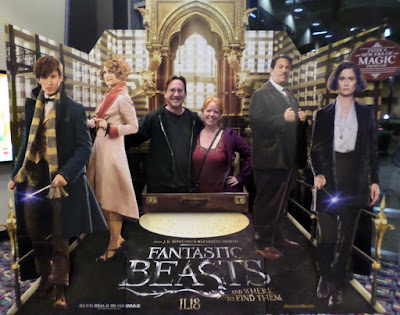 But, of course, we are huge Harry Potter fans in this house, so we're a bit biased. 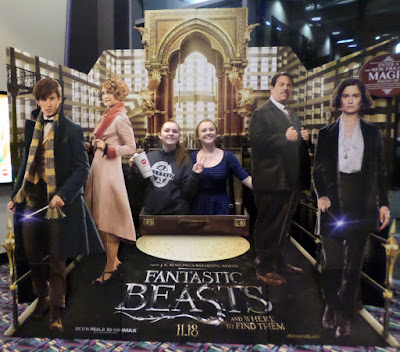 And finally the last one with Phoebe and Chloe. 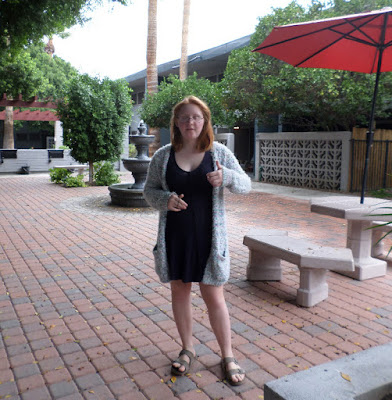 The day after Chloe came home was Phoebe's birthday party. She wrote an elaborate mystery for her guests to solve as they wandered around the midtown area of Phoenix. This is Naomi on our way out the door. 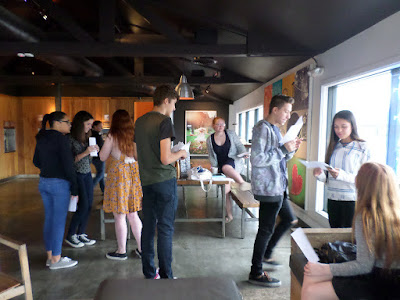 This is her big crowd of guests gathering at the Twirl (....mmmmm frozen yogurt) 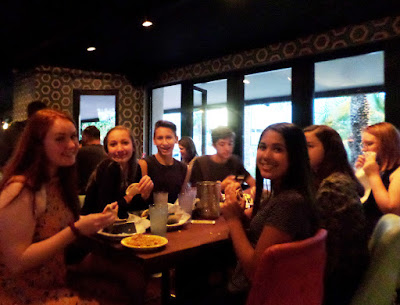 And here they are later that night after the big reveal at Joyride Tacos!

The kids had a blast and one of her friends gave her a Quinceanera card. Unfortunately for Lucas he can't read Spanish and was quite embarrassed when Phoebe translated his sappy card for him. 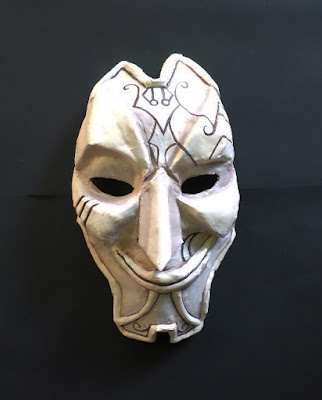 This week I was still doing some teaching (just one class) and keeping up with numerous mask orders. This one is a Jhin Mask from League of Legends and a custom commission. 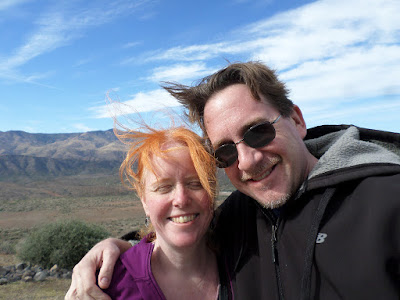 Thanksgiving morning we headed up to Rimrock in the mountains to visit with Mike's aunt and uncle. The photos from Thanksgiving were pretty lame (I must get a new camera before Morocco!!). However, here's a very windy selfie of Mike and I on our way into the mountains.

I hope everyone had a fabulous Thanksgiving!