This week Naomi had her 13th birthday. As she recently became vegan I gave it my best shot at creating a vegan birthday cake.  It took me all day and three tries (with a minor disaster at the end, that involved chopping it up and covering large areas with strawberries).... 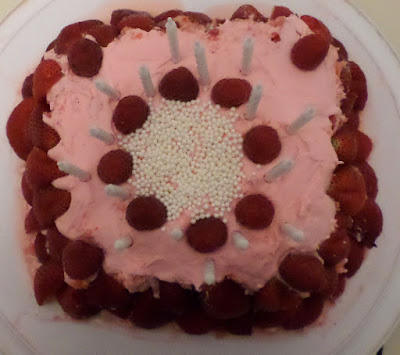 Here it is!! Fortunately it tasted good too. :) 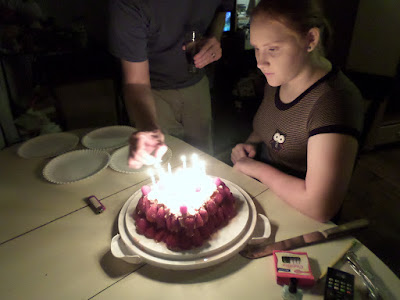 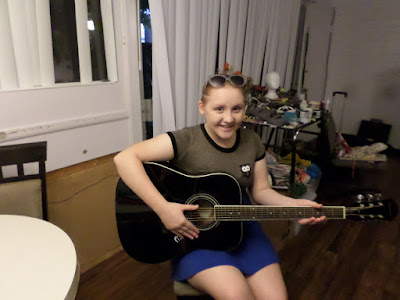 We got her a guitar. She just started taking guitar at school and now she can practice at home. 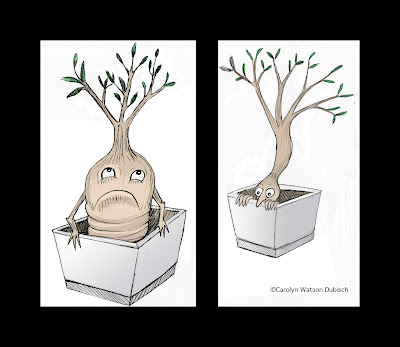 In other news I'm building these tree creatures for the "Flower Fantasy exhibit" at the Grand Avenue Festival. They will be added to the planters that line the street. I'm thinking I need to add some flowers to the design though, also I need to work around the plants that are already in the planters.

Chloe's been settling in to college and has been assigned her foster cat. She fosters a pet at the dorm and does some work at the shelter for a sizable grant towards tuition. She said cat "training" was just three hours of scooping litter. Anyway she said she'd send a photo of the cat when it finally emerges from under her bed.

Anyway have a fabulous Tuesday!