This weekend Mike and Naomi left for L.A. to go to the H.P. Lovecraft Film Festival and Cthulucon. Mike had numerous events he was involved in, Naomi really likes movies, and someone had to deliver my mask for the show.... 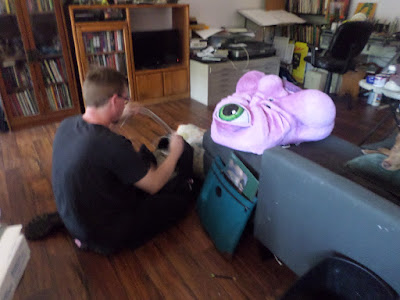 Here's Mike organizing his things before he headed out.

In the mean time I was booked to draw my painting "Cats in The Orange Tree" for the Chalk Art festival in Glendale.... 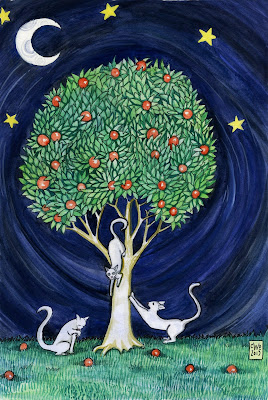 This painting is one that's part of a permanent collection in a gallery in Kuala Lumpur, Malaysia now, but I painted it for an exhibit there last May. 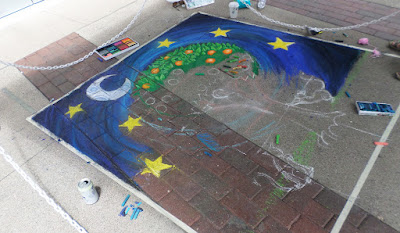 Phoebe came with me and worked as my assistant all day. She was great and compensated for the fact that I was wiped when I arrived that morning. I had gotten up at 5am to complete and ship a rush commission on a raccoon mask. 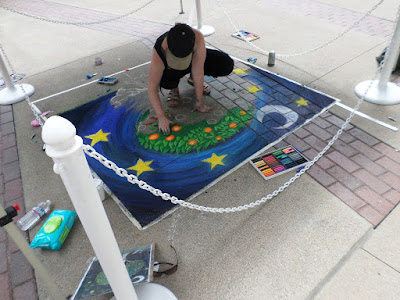 I really did like working at the Westgate Entertainment Center in Glendale. They checked on me frequently to see how I was, and even gave us an awning which helped us so much from the sun. 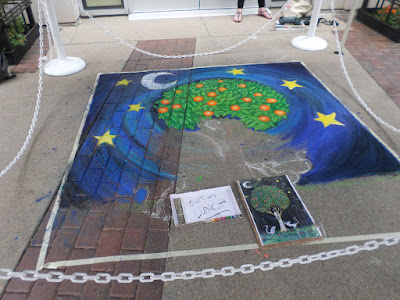 This is where we stopped at lunch. It was about now that it began to sprinkle.  Yes- it was raining!! In Phoenix!! So now I was REALLY happy about our awning. When it comes to chalk art, I don't care if it gets washed away, I just want the chance to finish it! 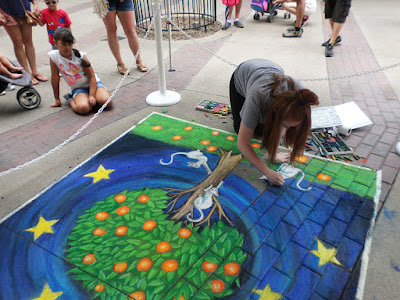 Here's Phoebe working on the blue while I took a break. 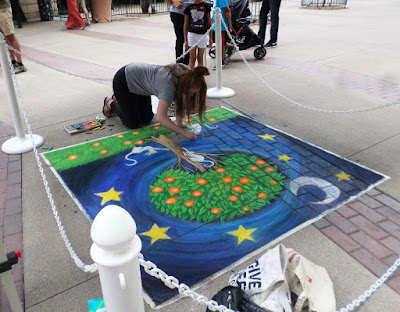 Once I drew in those cats, the public became quite unpleasant to be around. We had people watching and meowing at us for almost three hours while we finished. I will never draw cats in public again. 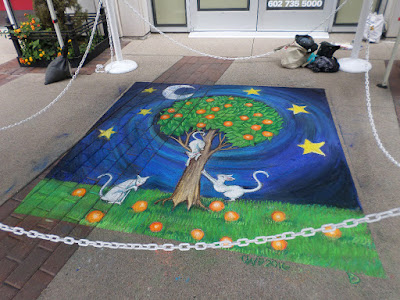 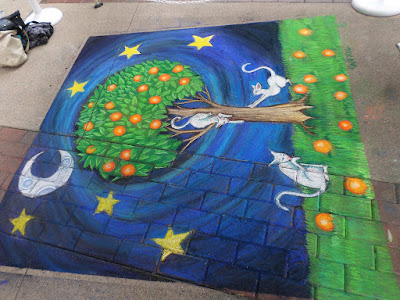 Here it is from the side. As you can see I had a half bricks/half concrete surface. I think we pulled it off okay though! An hour after we left, Glendale was hit with some downpours. If this isn't gone by now I'm sure it's very blurry!