Cakes and Candles and another sculpture 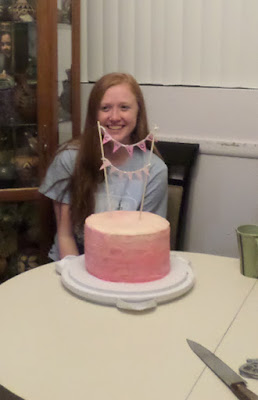 Last week Chloe turned 17 years old! This massive cake with 7 layers was created by Phoebe who loves to experiment with pinterest recipes she finds. She make a gradation in the frosting (from light pink to dark pink). It was amazing!

Anyway, Chloe planned an outing to the water park with 4 friends and only one showed up. Between that and the fact that most of the family forgot her birthday this year she seemed a little bummed. Still she did get an excellent cake. :) 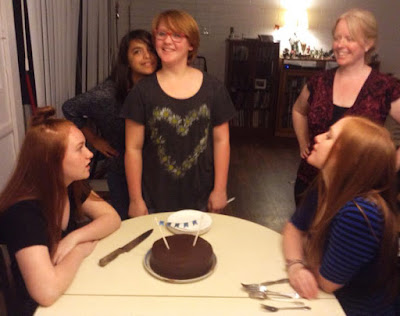 Yesterday we celebrated Naomi's 12th birthday (which is actually Monday). She only invited one friend to join her at the dine-in theater. 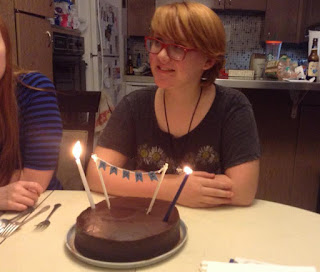 We brought them to see the new "Vacation" movie, that was so funny it had me in tears. Which was nice because yesterday started with Chloe's bicycle getting stolen off our patio, which then led me to be late to work and was shaping up to be a real downer of a day....

By the way this cake was also made by Phoebe. It's all chocolate with 4 layers and this chocolate ganache frosting she made. That child is getting very skilled! 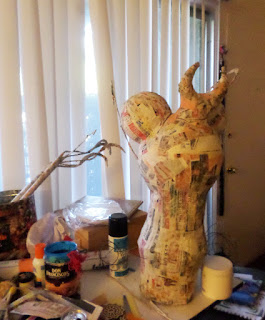 I've been busy building the first of three glow worms for the Grand Ave. Festival this year. This is his head and thorax. 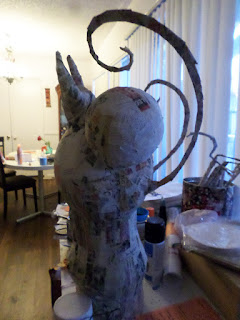 Next I added antennas. 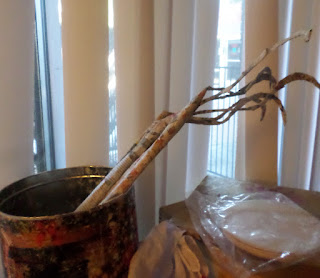 These are legs ready to be added later. 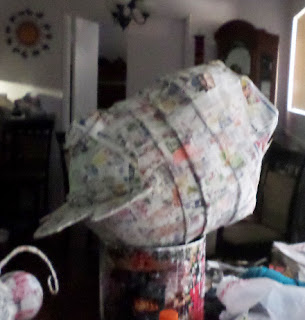 And this will be his back end, still in progress. Anyway, much, much more to come!
Email Post
Labels: birthday birthday party cake glow worm Grand Ave. Festival large sculpture movie paper mache