Last week I shipped off my painted bottle for the recycled art exhibit in Ares, Spain at CPI Conde de Fenosa (a university in the city). I've been accepting into a lot of international shows lately.  I wish I could afford to attend all these openings!! 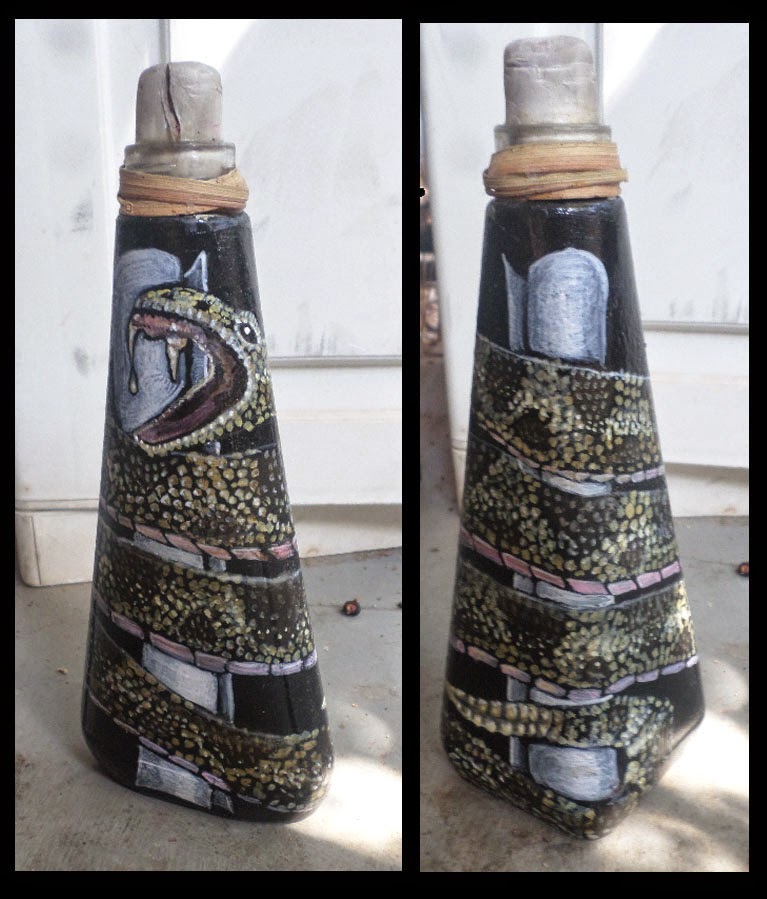 On Easter morning I took Oscar for a walk around a local canyon in Paradise Valley, when we found a rather gruesome looking bunny's foot.... 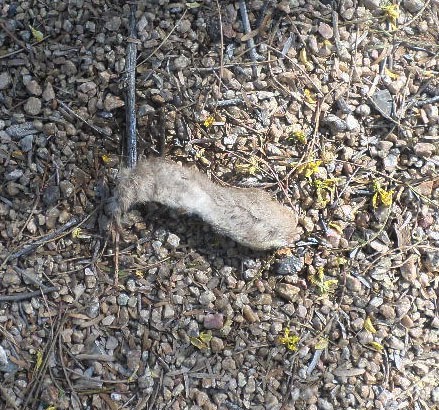 It didn't seem all that lucky so I left it there (I'm sure there's an Easter Bunny joke here, but I can't think of it.)

This past week we went to see "Parents Just Don't Understand"-The play Phoebe's been directing... 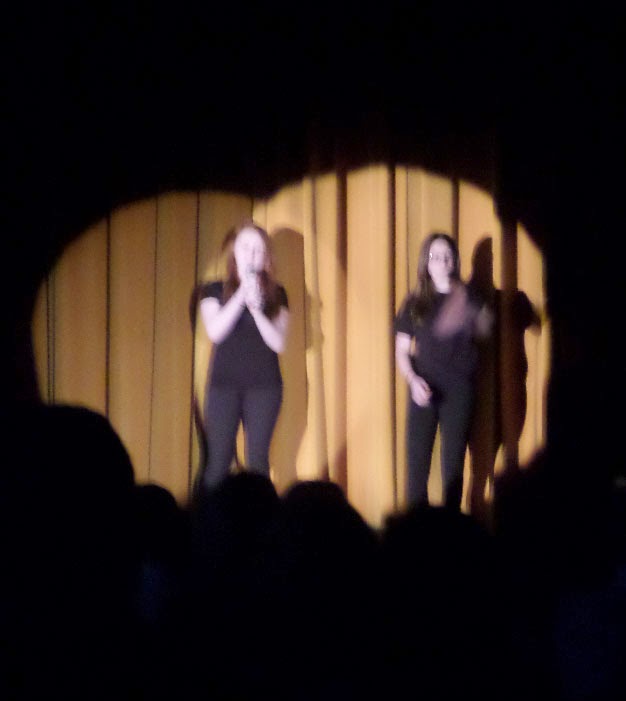 Here's a very blurry photo of her and her co-director Vivian onstage introducing the show (I took 7 shots and this was the best one!!). 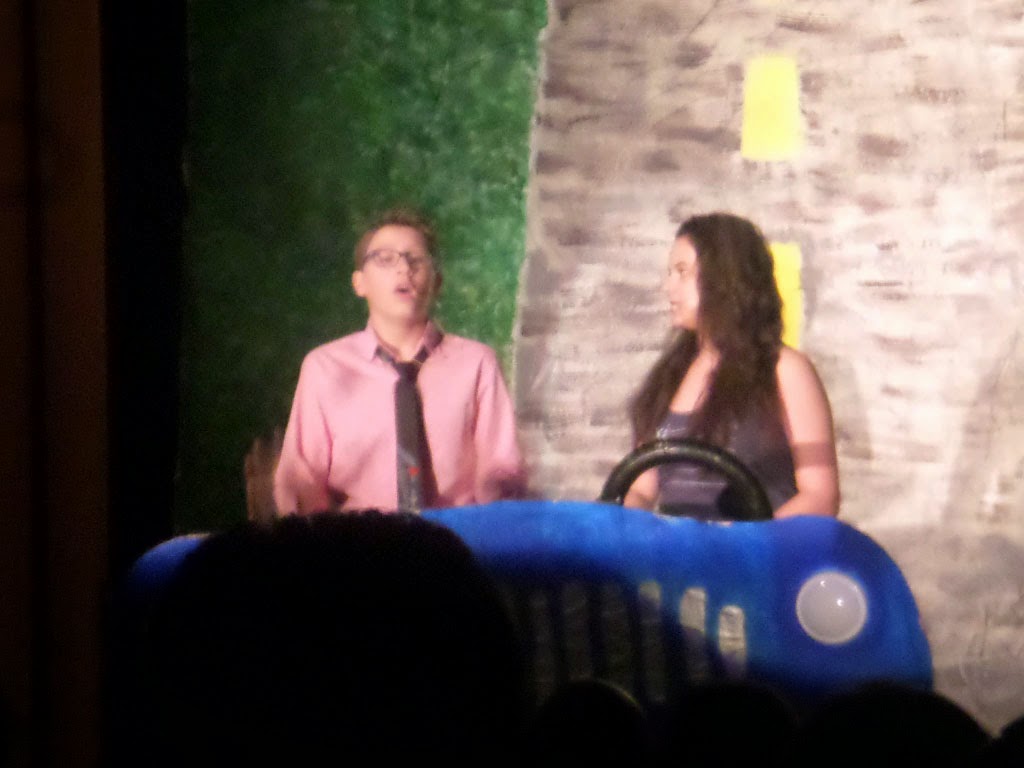 From act one this is a scene that Phoebe directed about a nervous Dad giving his daughter a driving lesson. (She also designed and painted that backdrop behind them). 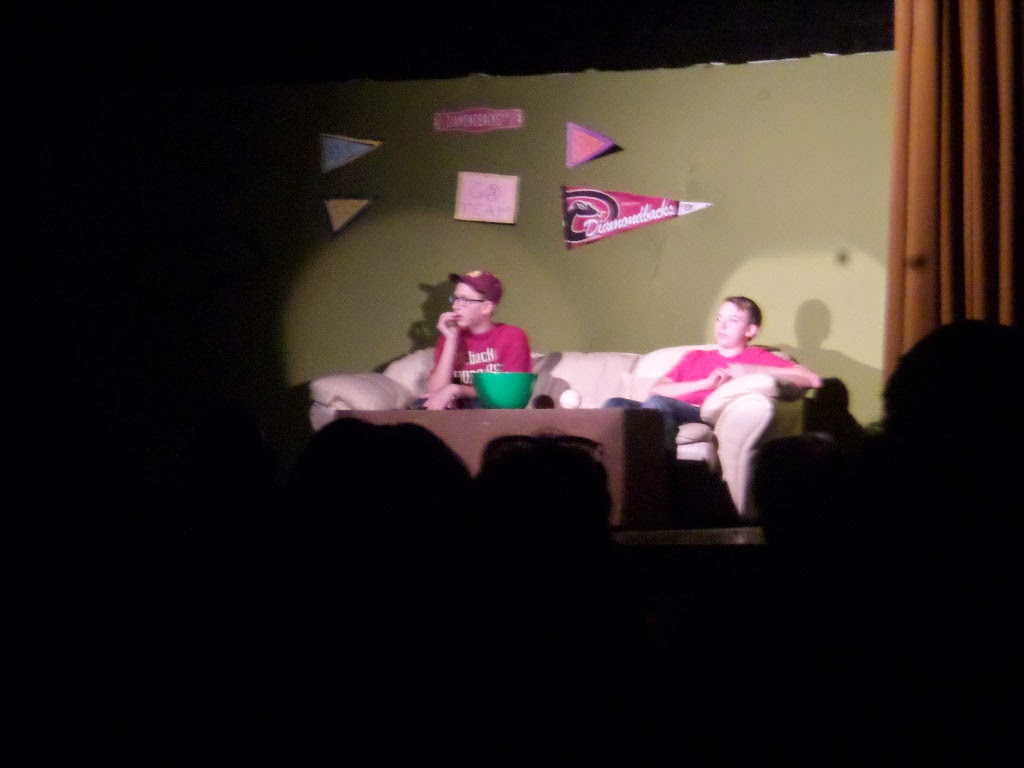 And another scene from act two called "The Talk" about a Dad and his son. The show was hilarious and the actors did a great job even though the kids ate some bad bagels in the hours before going onstage. Many of them were vomiting between scenes!! I couldn't believe how professionally they handled it. 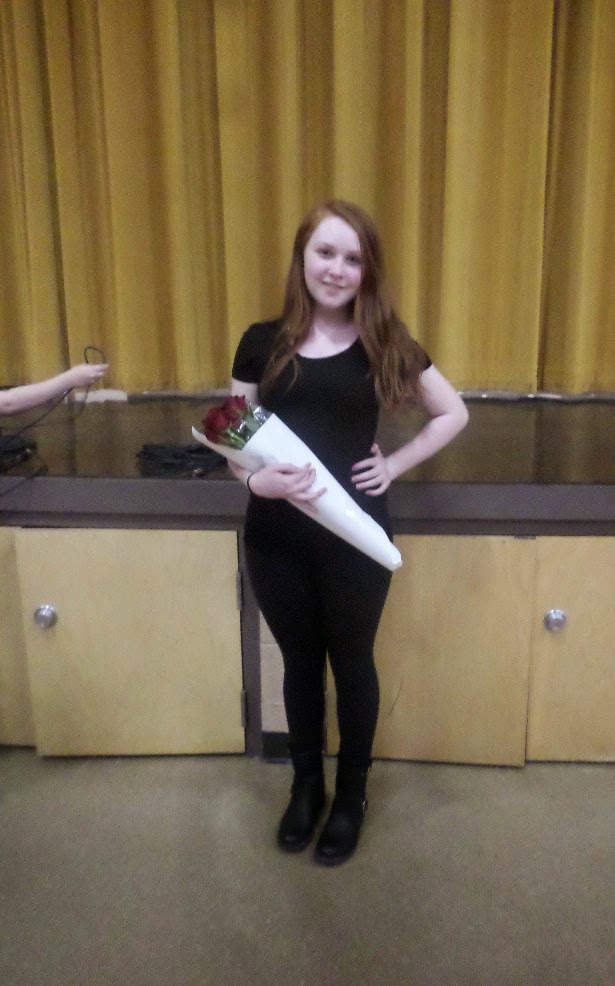