Last week Chloe came home from a youth program in California. I arranged for her to travel home on a Greyhound bus, which made me nervous, so I told her to wear baggy clothes, and pack lots of food since the bus will take 8 hours. Chloe the ever perceptive teen says, "Ok Mom!  The bus takes 8 hours, eat lots of food and don't dress like a whore!  Got it." (I could hear eyes roll.)

The bus driver got sick, so the bus was delayed for an hour. She brought a cup of coffee (because she "wasn't hungry"), and boarded for the slow journey East.  The bus stopped at the seediest places, so she didn't want to buy any food.  Then it was delayed again at the Mexican border when a woman got ill and they had to call an ambulance.... 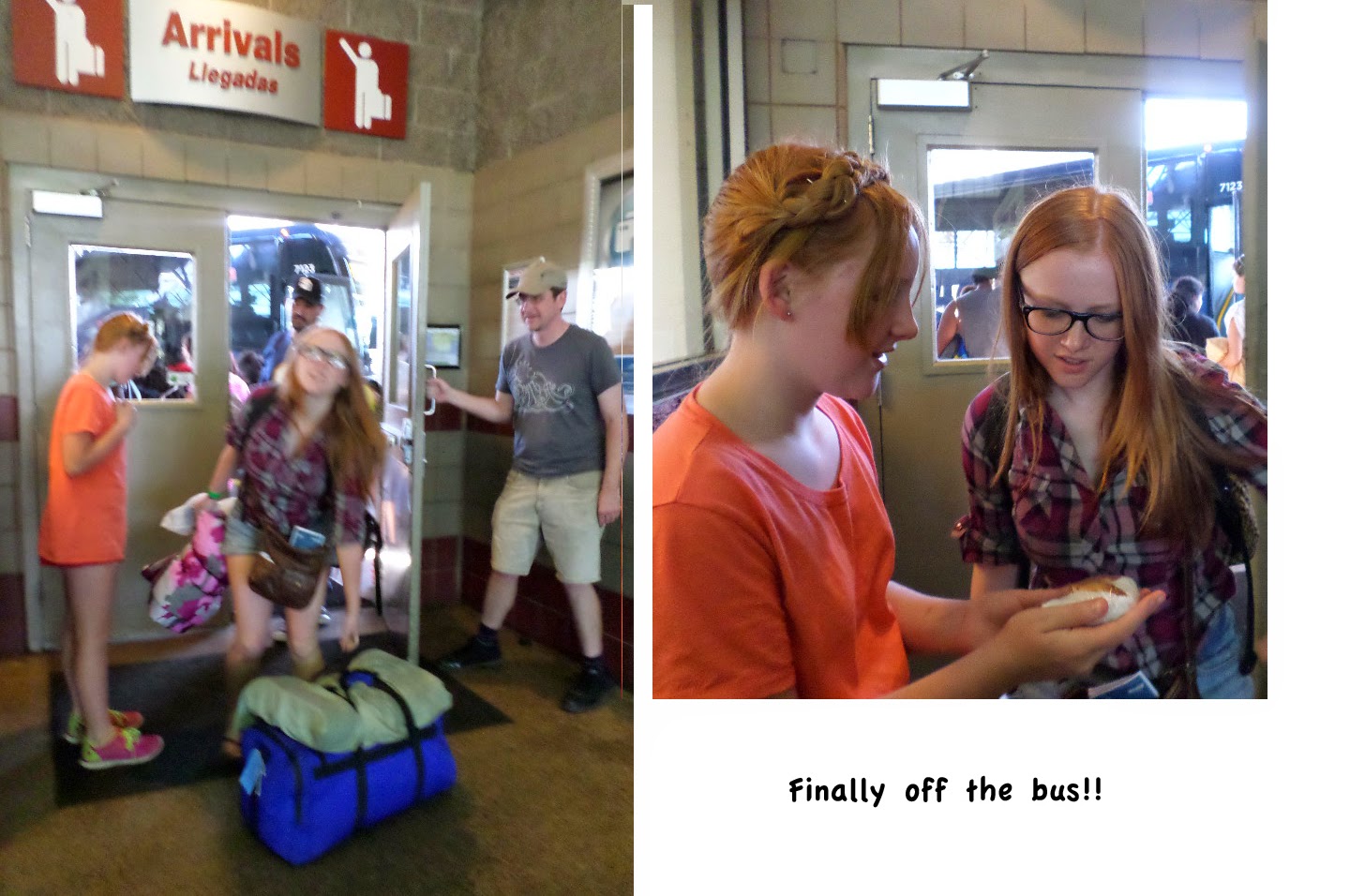 11 hours later this very hungry teenager arrived in Phoenix!  Naomi greeted her with a pretzel she and Phoebe made for her (it was in the shape of "The Deathly Hallows" symbol from Harry Potter). 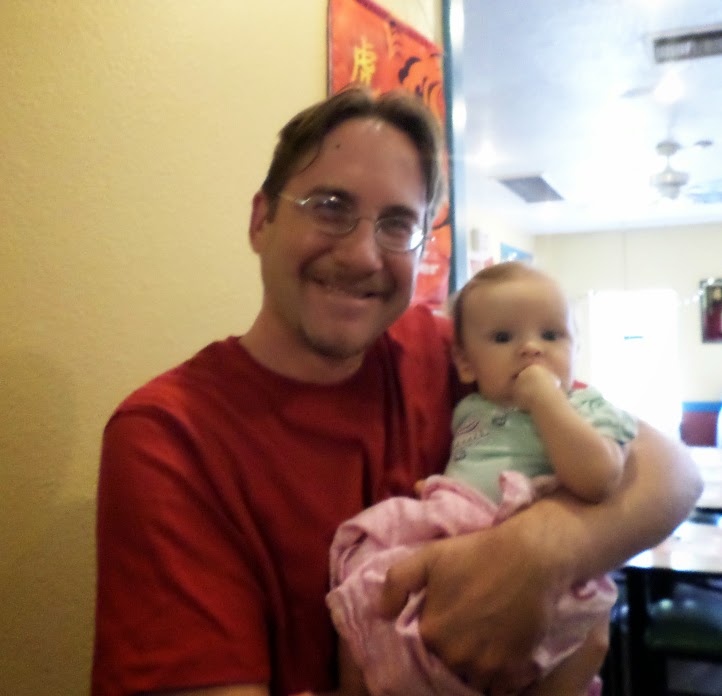 Little Joyce Dubisch was well worth the drive.  Mike loved her immediately! 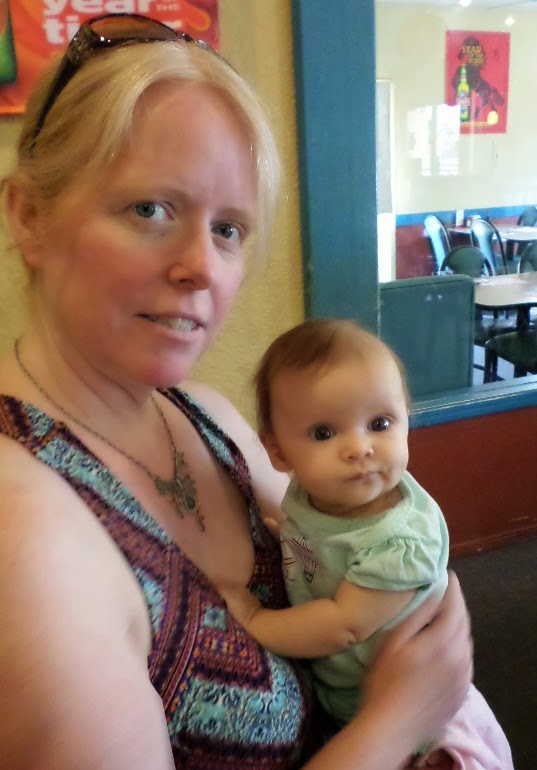 She's quite the sweetheart! 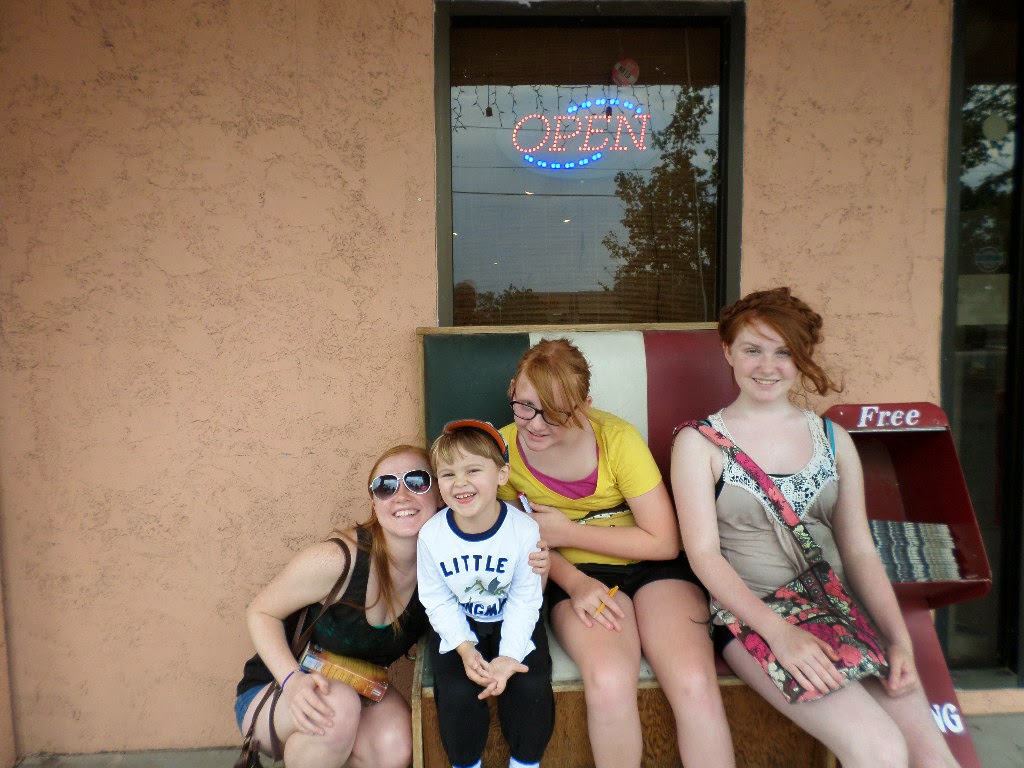 After lunch the girls reconnected with their cousin Roy Peter. 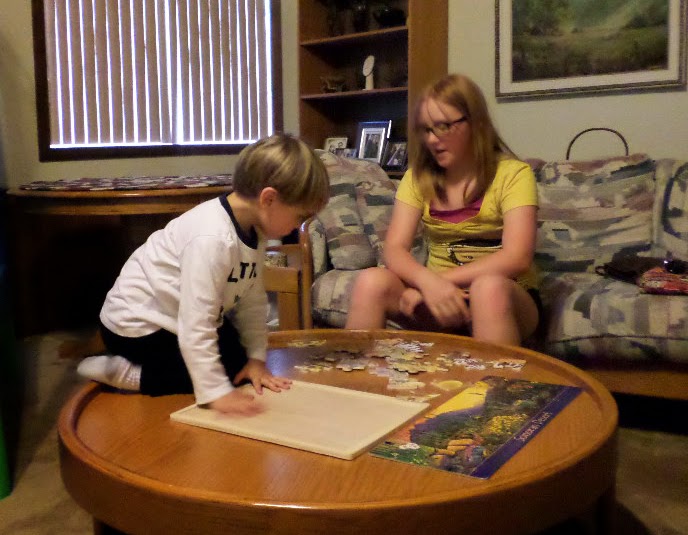 Roy and Naomi working hard on a puzzle. 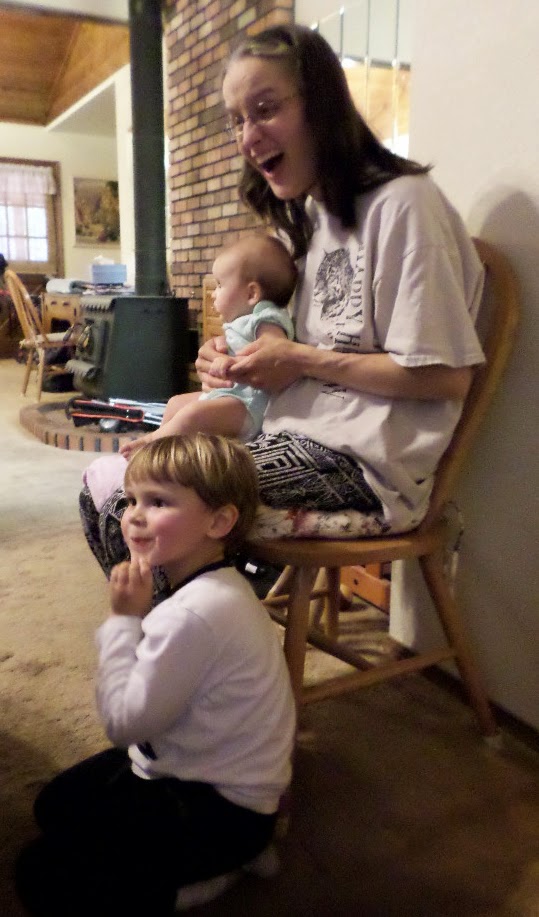 The kids with Aunt Kimberly (their mom). 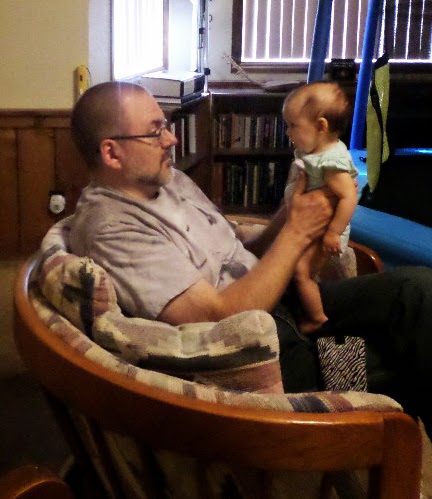 Little Joyce with her Daddy.

Roy pondering another bounce on the trampoline.

The journey home was a bit treacherous.  As we headed down the mountains we were hit with a huge ☂monsoon and did some white knuckle driving back into the city.  After all the wind and the rain it was shocking to step out of the car in Phoenix into 110ºF heat at 8pm at night. The city was as dry as a bone. 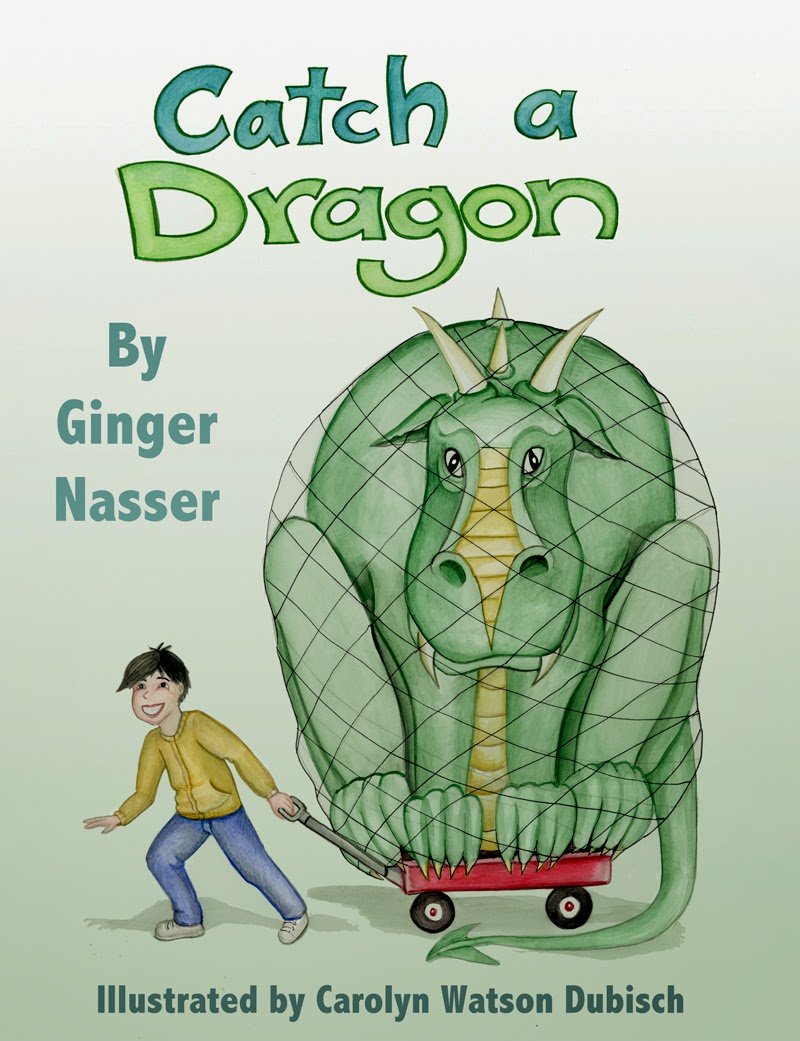 In other news I've been teaching art almost constantly lately, but I still managed to wrap up 2 children's books projects.  This is the cover to one of them! Coming Soon..."Catch a Dragon"  by Ginger Nasser!!!