Flying on hot air and a day in Flagstaff 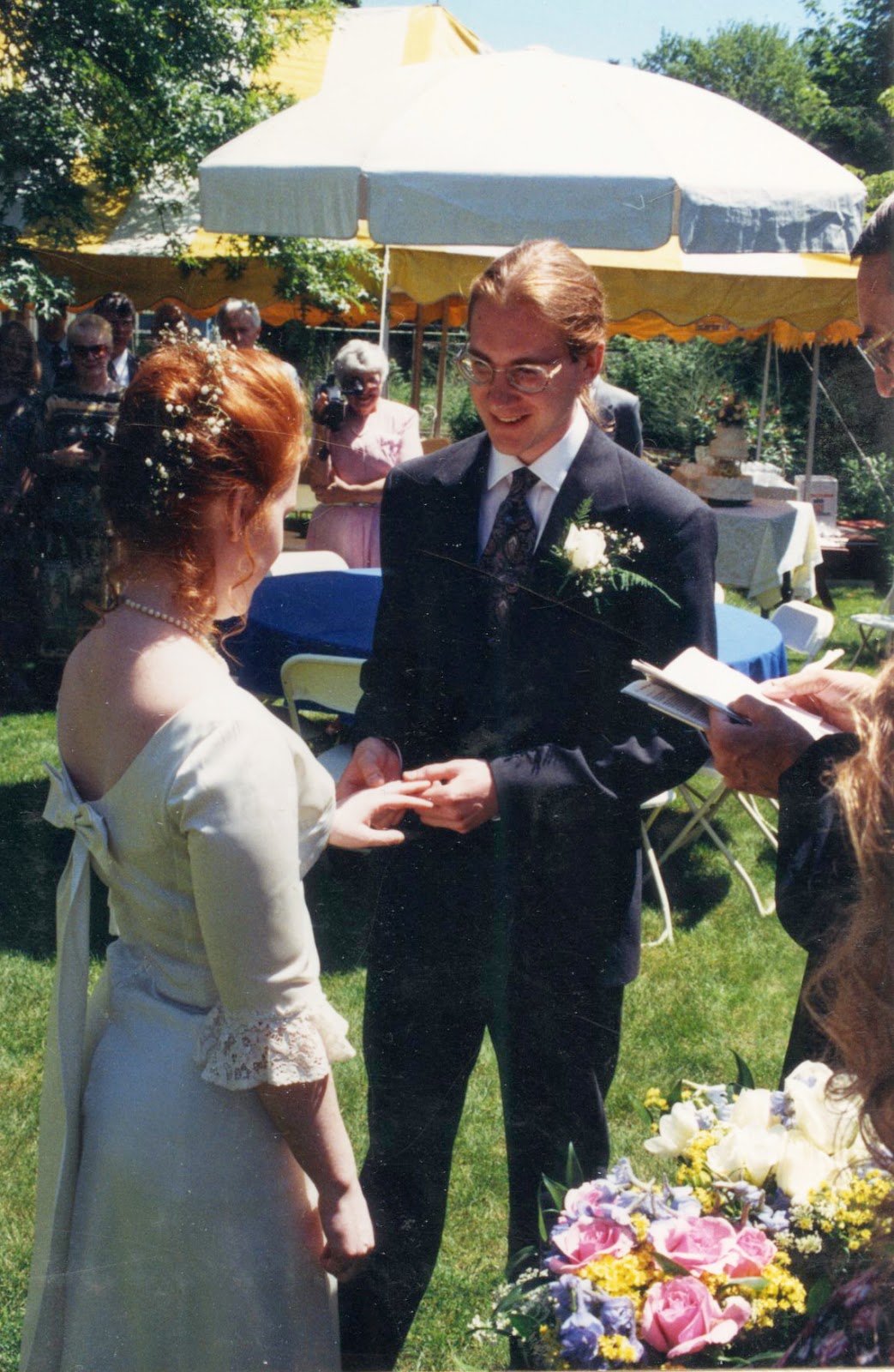 So now this day was 20 freaking years ago!! 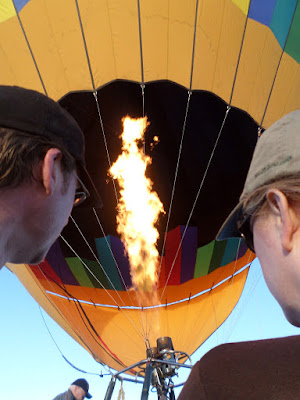 So we did what young folk today call one of those "bucket list" things, but I think for me the term "bucket list" will always mean a list of different kinds of buckets (or maybe a list that was kept in a bucket, whatever, no one used to say that). 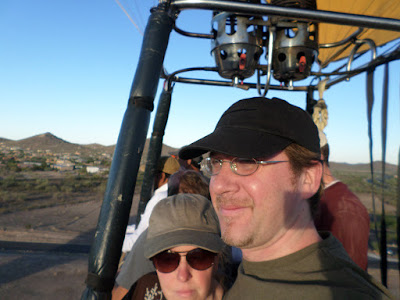 Anyway this is before take-off. 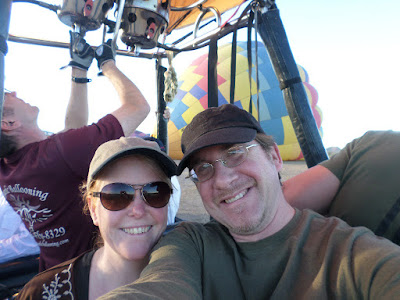 After hauling ourselves into the basket. 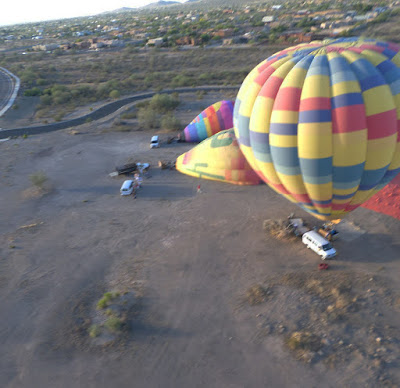 We were the first balloon in the air! 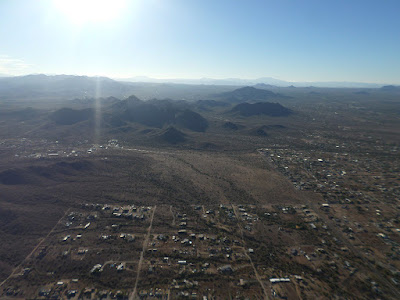 This was the view over Anthem.  We were testing the wind since we were the first ones up and we drifted in the wrong direction. 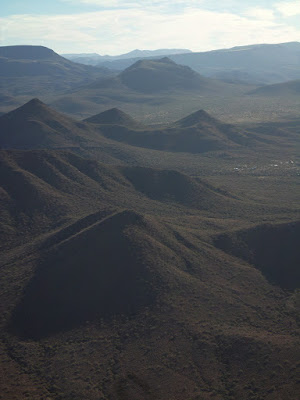 We didn't mind drifting north as the mountains were so pretty, but our pilot was concerned about landing (which seems important). 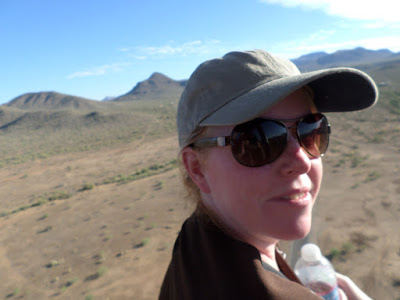 It was early in the morning and the desert was cool, but we had a fire at our backs that was REALLY hot. 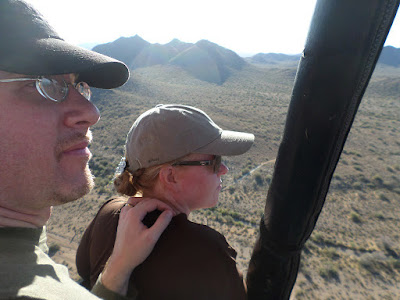 Mid-flight they gave us little, plastic parachute men to launch.  We didn't get any photos but it was fun to do. 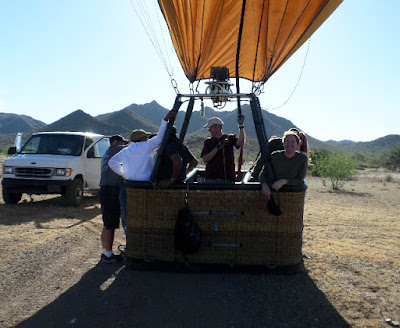 After an extra long flight (searching for a landing site took awhile) we were happy to be back on the ground in the open desert (it was much cooler than being on the balloon!). 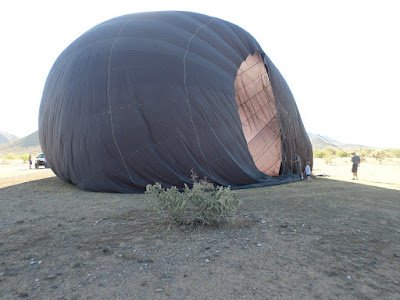 It really took the crew no time to deflate the balloon. 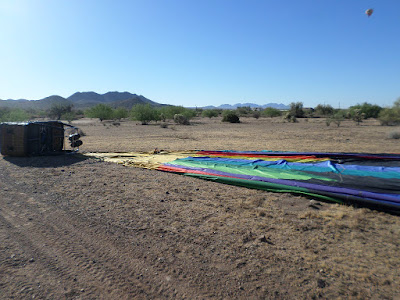 And even though it was still only 7:30am we toasted our flight with champagne mimosas! 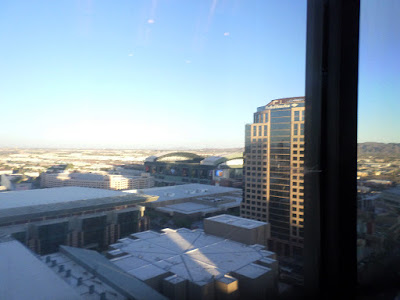 That evening we headed downtown to Phoenix's only revolving restaurant. 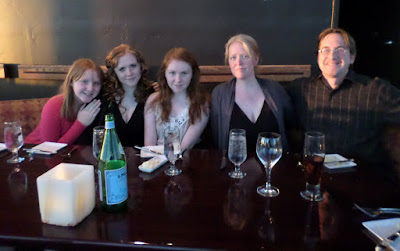 Everyone came along (well, no pets). 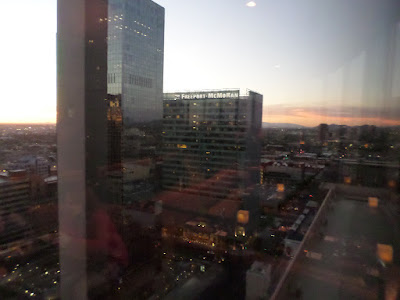 The view was pretty spectacular.  The problem with revolving restaurants is that the direction to the bathroom is always changing, it must be disorienting to work there. 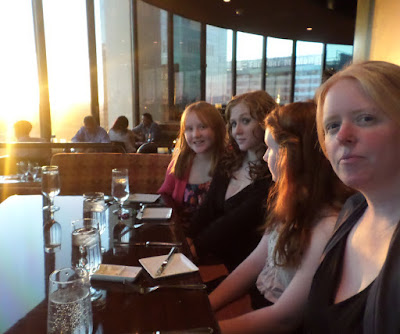 The food at The Compass was pretty amazing. All in all a great anniversary! 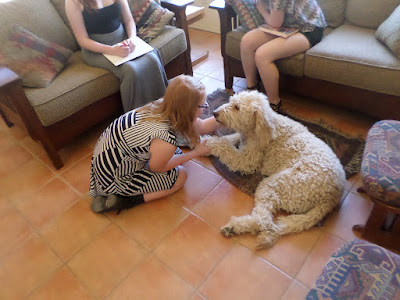 This past weekend we headed out of the sweltering city to the mountains.  We stopped in on Mike's Aunt Jill (and we saw Max, her labradoodle ), 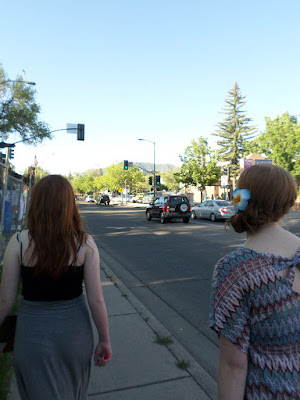 Then we headed all the way up to Flagstaff, which is more like being in Colorado temperature wise. 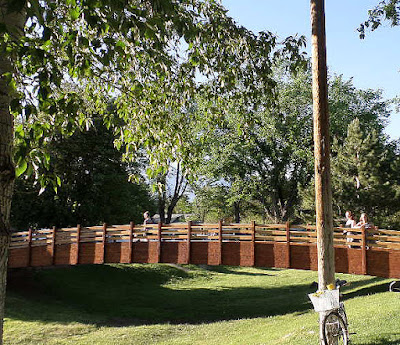 This time of year it's just so exciting to be walking around outside in the middle of the day! 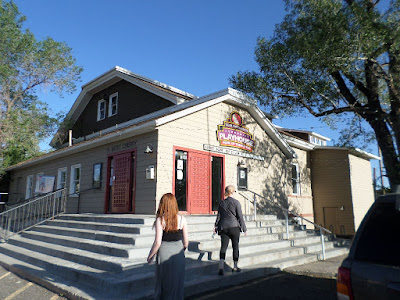 The reason we traveled up was to see Mike's Uncle's play, which he spent the last month directing. It was called "Almost Maine" and was charming and funny and really well done! 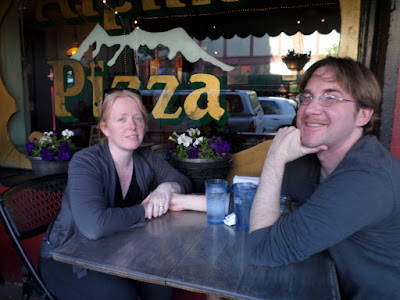 Flagstaff is a pretty mountain town.  I hope we get to go back this summer, if only to cool off for a few days.