A day in California, and the Mutant Piñata Show opens

Last weekend was a blur of travel as we drove out through the desert towards San Diego.  We stopped in El Centro, a place I'd never been before not even for a roadside pack of gum, but it was as close to San Diego we could go that night.  It seemed to me it was a dusty and depressed looking border town. We stayed in a budget hotel along a road that was full of cheap motels, in fact, they were so cheap they didn't even have old, broken, neon signs, they had old, dusty, hand-painted signs.  They seemed to survive by accommodating travelers who arrive to cross the border after it closes at midnight.  The hotel was clean but old and the door was hard to lock which was mildly alarming. 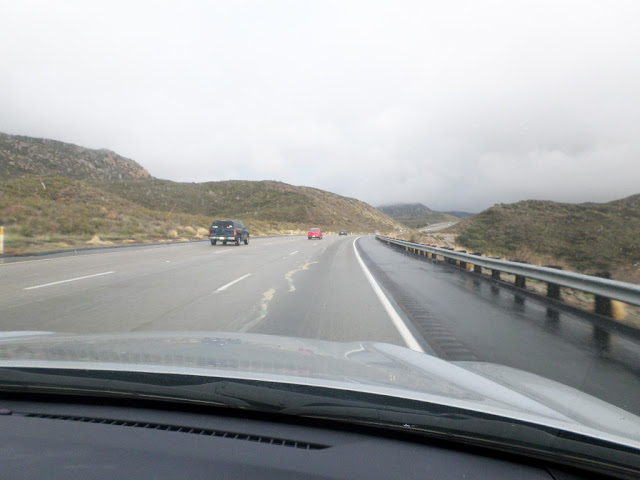 The next morning we drove the final hour or so stretch over the mountains and into some dark clouds that were terrifying the locals of San Diego.  Not that it was such a terrible storm, just that thing that happens in California, where a little rain tends to cause mass panic. 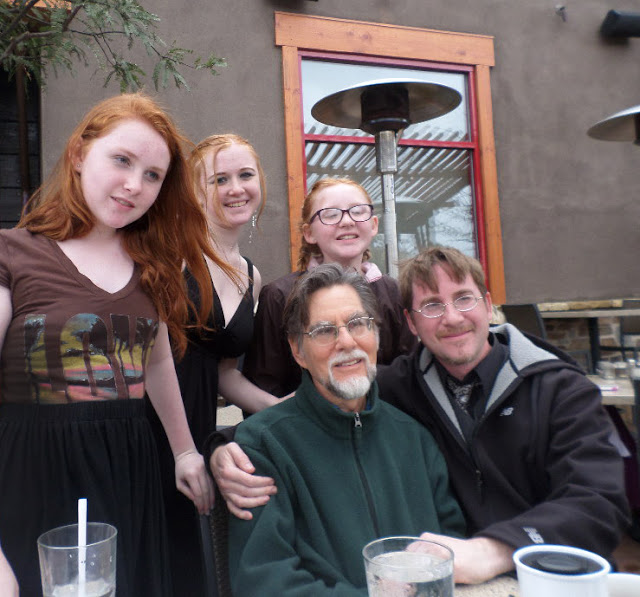 We met up with Mike's father and his wife Claudia for lunch at The Lazy Dog restaurant.  We even ate on the patio with the threat of rain looming.  Oscar sat happily under the table. 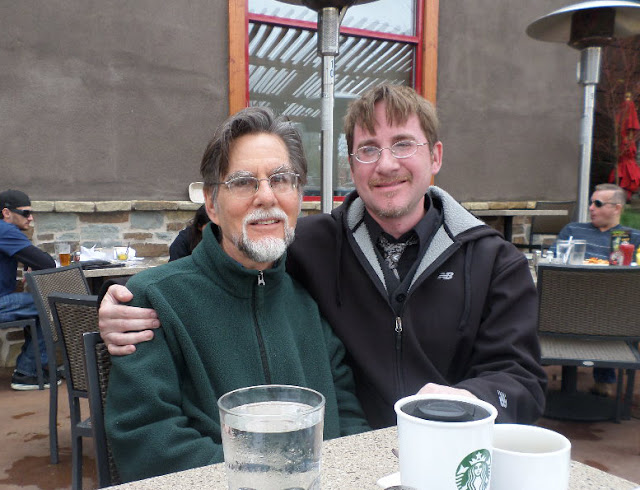 Alzheimer's has my father-in-law in its grip, so Mike was glad to take this time to reconnect with him. The food was good and so was the company, but sadly our visit was to attend a memorial service in town.   So off we went to the church after lunch.  Oscar waited unhappily in the car while we went in.  Our good friend's husband passed after a long illness, and unfortunately, we never knew him when he was well, or even able to communicate.  The service was like getting to know him for the first time. 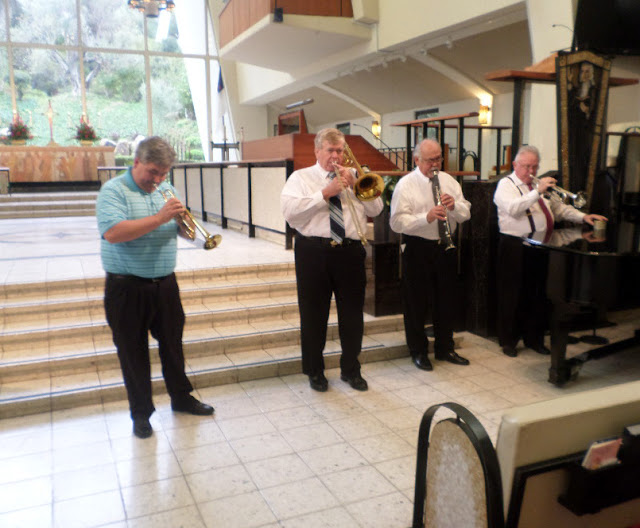 They had a jazz band playing and it was great to see our old friends again, but Oscar doesn't do well on his own and his separation anxiety kicks in.  After the reception, we were in shock to discover our car had fallen victim to a hysterical dog. We managed to clean it up as best we could and get back on the road to Phoenix.

This week my illustrations for "Santa Gets Healthy", a picture book by author Frank LaSorso were due, as well as getting my "Jelly Monster" Sculpture to the gallery on Grand Ave.  This weekend "The Mutant Piñata Show opened with much fanfare. 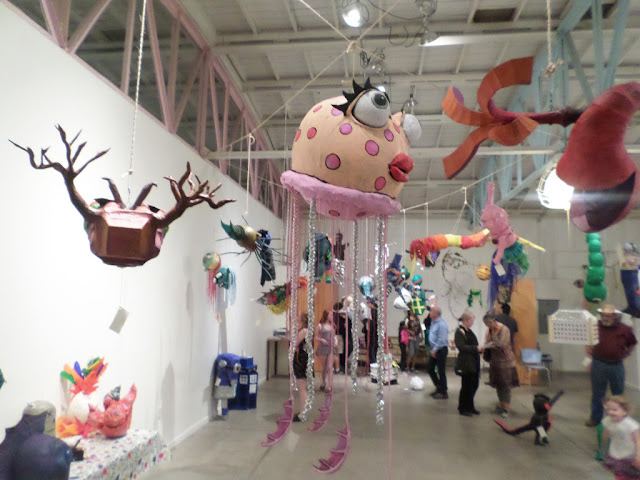 "The Jelly Monster" got a great spot right by the front door! 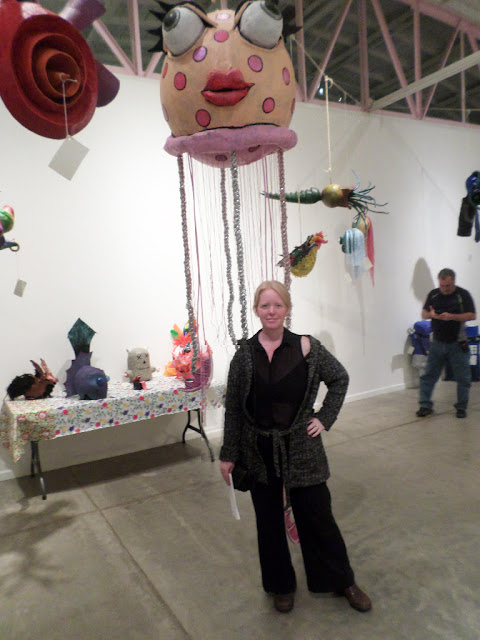 Here I am at the opening. 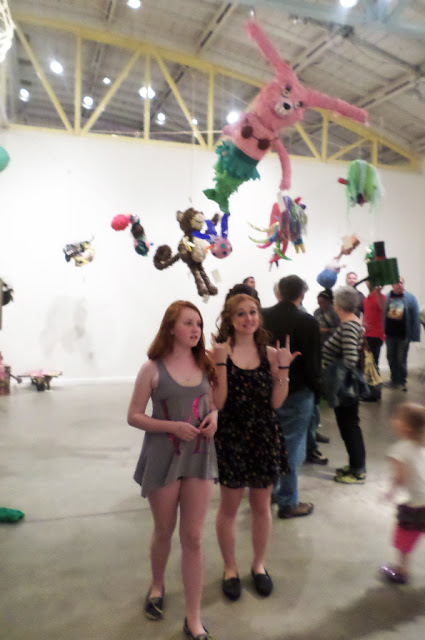 And here's Chloe (and Phoebe) with her "Rabbit-Mermaid" hovering above. 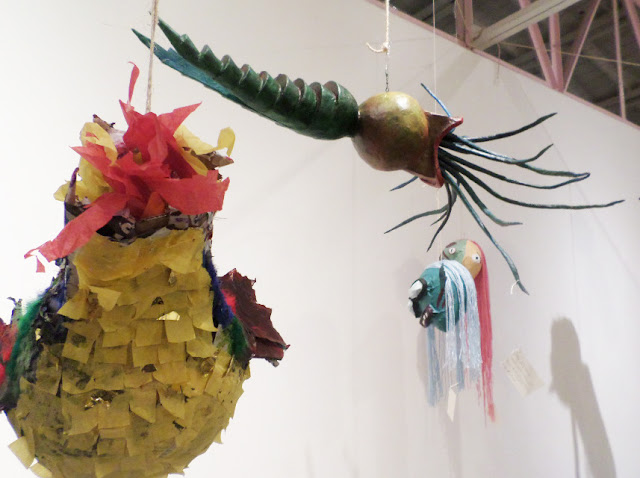 As usual, some incredible artists were participating in the show. 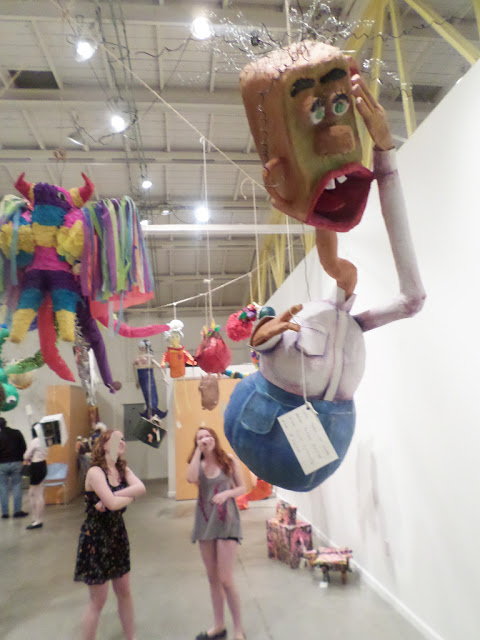 I liked this crazy guy piñata. 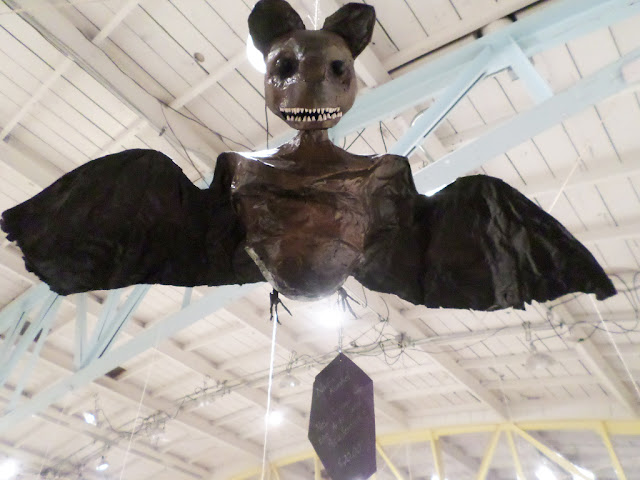 This creepy bat made quite an impression. 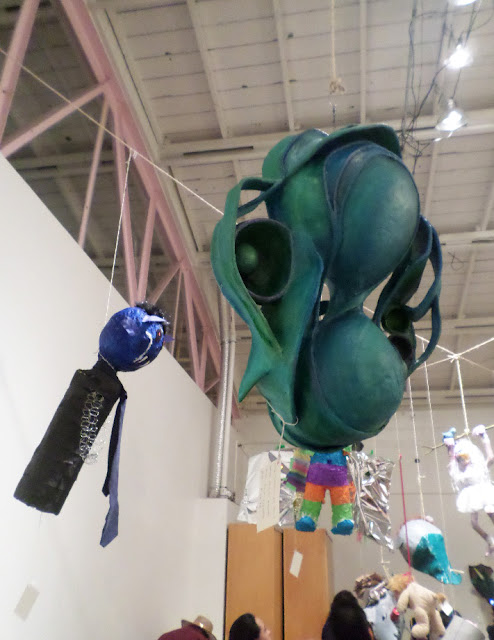 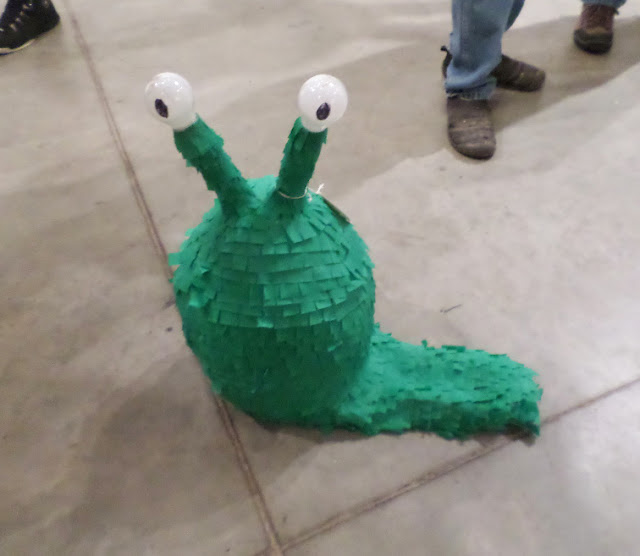 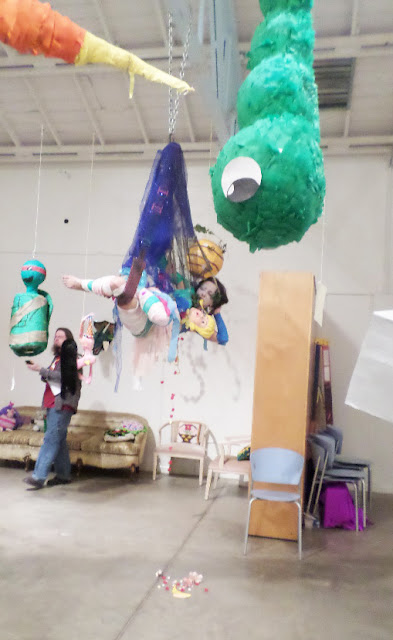 And one was actually alive.  This performance artist, Babs A'Delic, hung from the ceiling for hours on opening night.  I was volunteering that night for the gallery and she really had stamina!  It helped that around 8pm a man came in to see the show, who happened to be a classical guitarist and asked to sit and play as the acoustics were great in there.  He was incredible! Originally from North Africa, he said he liked to play in art galleries and has even played in the Louvre.  All in all, it was quite a night.  The show is up for several more weeks.  If you're in Phoenix be sure to stop by!
Email Post
Labels: art opening California El Centro Mutant Piñata Show opening night piñata San Diego travel