A party and a possom... some other stuff too!

July, August and September are the hottest months here in San Diego. This is what I've been told and ARGH! I hope they're right. It's been so hot even in the shade sometimes. Fortunately, though the big brush fire was too far north to effect us here. I think a heat wave and a smoke filled city would have been pretty miserable.
In late August, Naomi turned six and we celebrated with a party in Balboa Park next to the playground. Then we all went for a walk through the Japanese Friendship Gardens... The children loved the koi pond! 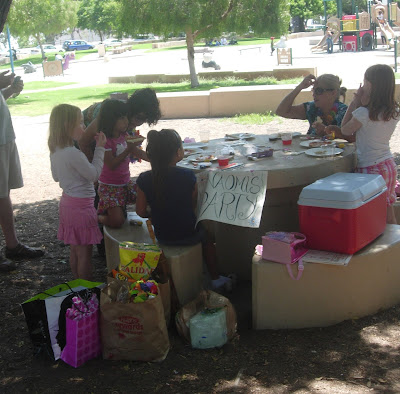 Here we are by the playground.


Here's Naomi and the girls.The little one is a friend named Molly. 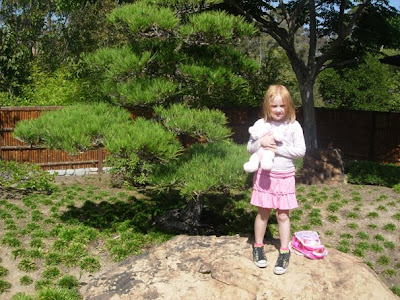 Naomi posing in the friendship garden! 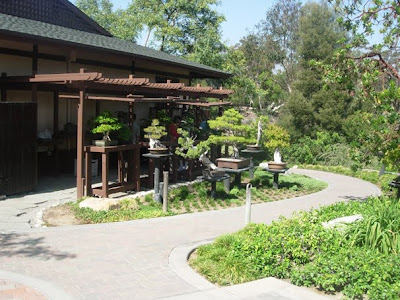 Here's a shot inside the garden. 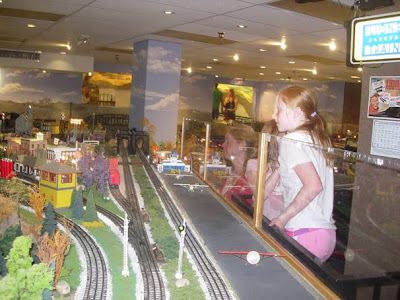 Near summer's end we took the girls to the Model Railroad Museum. They had a free day for residents of San Diego and it turned out to be a fascinating place! 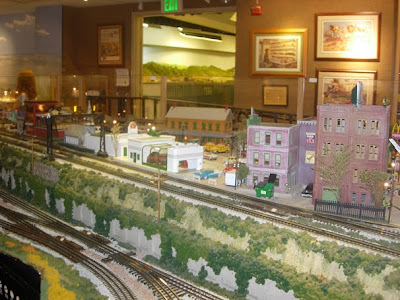 There's so much detail in these displays... and so many rooms at the museum it was great! 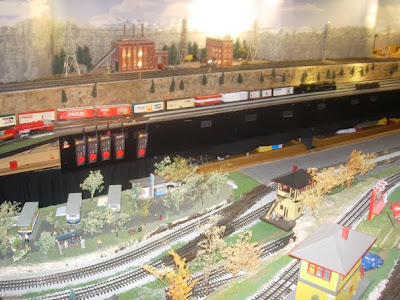 It takes them 15 years to set up a room like this! 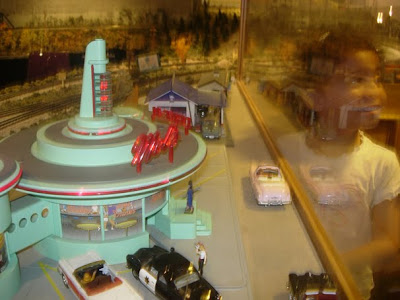 I loved this little fifties diner! 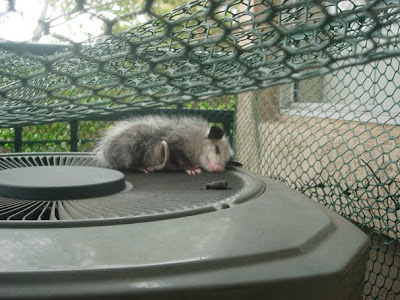 During the last week of summer Isabella (our cat) had a friend sleep over on the patio.... Didn't work out though. 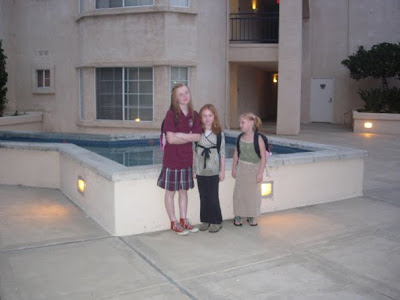 This is the girls in the morning of their first day of school (their third first day of school in six months!). As you can see Chloe wears a uniform to her middle school. She was not too thrilled about it but she's gotten used to it. All of them are enjoying their new classes and have fallen quickly back into the school schedule.
Mike and I are busy with loads of work as usual. I was just interviewed about my web comics on one of the websites that carries them... Here's the link!
interview
Hasta Luego :)
Email Post
Labels: back to school birthday party model railroad museum possom uniform