It seems as though spring is here. Some days are cooler but many are warm. Last weekend we even took the kids to the waterfront and were rewarded with sunburns. Our spanish teacher says it will probably snow again, and the weather can be unpredictable at this altitude. I guess we'll see. 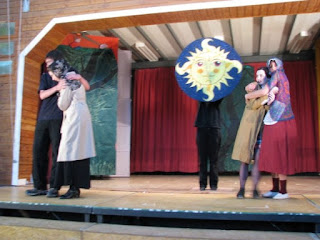 Thursday was the final performance of "The Secret Garden". The cast did an amazing job. It was a great experience for all of us, but I know I was getting tired of repairing puppets and props between rehearsals and shows. 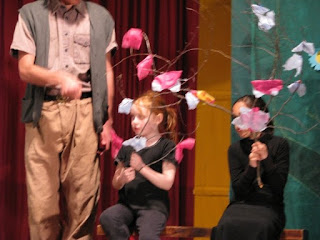 The girls did really well and all the puppets found good homes with various cast members. (Thank god! The last thing I wanted was to deal with 20 marionettes and all the other props filling my sun room!) Next week is the wrap party and we're looking forward to having some fun with our new friends here.


It's can be a strange experience learning to live in another country. When Mike first met our friend Betina, he asked her what part of England she was from. It turns out she's Argentine, but most people here learn "The Queen's English". They say things like "trainers" for sneakers and "trousers" for pants,( though if they ask me for a "rubber" -an eraser- I still act surprised). Anyway I have been trying not to be presumptuous. So Thursday night at the show, when I met the English director of the school they were performing at, I was impressed with her command of the language. Respectfully I said, "You really speak English well, have you spent time in the United States?"
She laughed and said. "Well, I'm from Canada."

Yesterday was Mike's birthday and we went out to the local Mexican restaurant. The food is good, but not like Mexican food in the States. There are peas in the bean burritos and no beans, but they have great salsa. Anyway, it's always full of "Gringos'" from out of town. 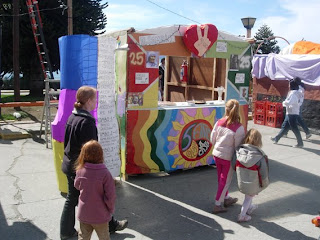 This morning a festival for world peace set up down in the square. 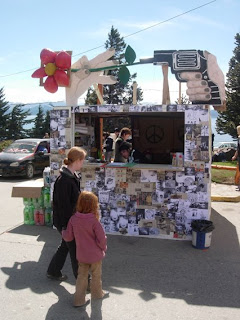 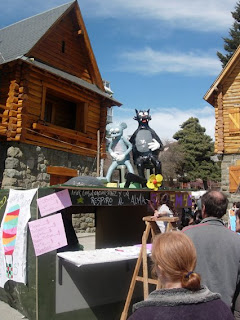 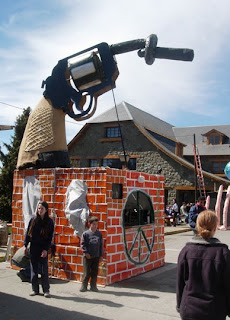 The giant gun was really impressive when you stand in front of it. 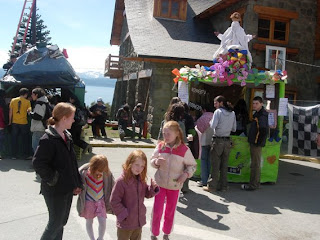 Duncan Watson said…
Great post. I am glad the puppets found a good home. When I was living in Germany I also found that most English speakers speak Queen's English overseas rather then American. The exception is Israelis but then that isn't Europe.