Visiting Oxbow and home for the holidays 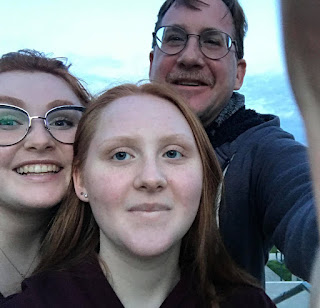 Last weekend  Mike and Naomi traveled to Napa to see Phoebe's final show and events at The Oxbow School, the art boarding school she's been attending this semester. 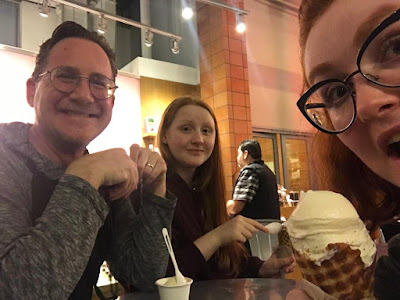 Phoebe showed them around town...

(Evidently there was ice cream) 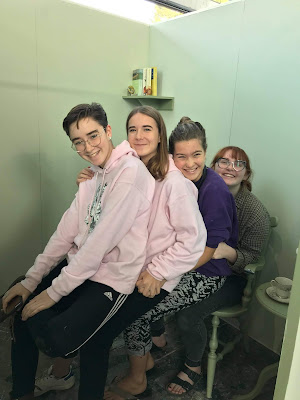 Introduced them to her friends (which is apparently everyone in her class)..... 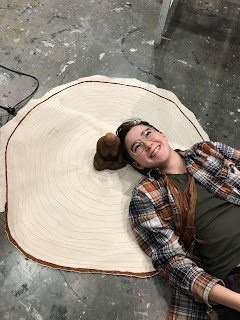 And even met Phoebe's girlfriend who is all the way from Maryland. 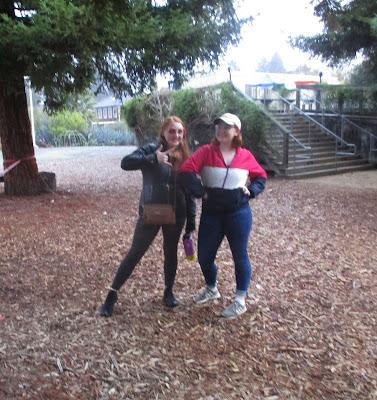 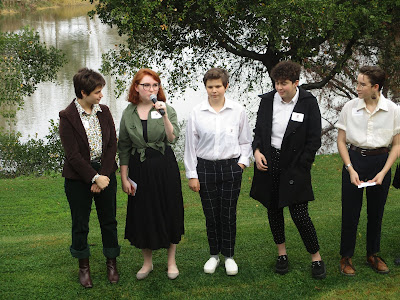 The final show where the kids introduced themselves. 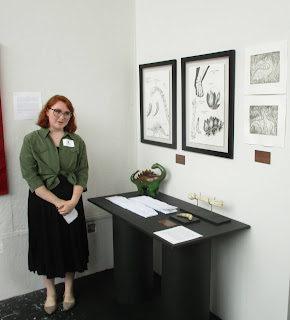 And where they presented their final projects. 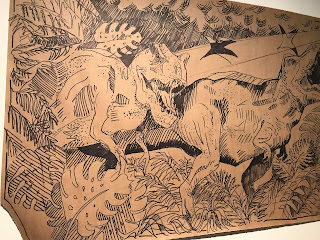 This is Phoebe's dinosaur project. It has elaborate drawings, etchings and studies. 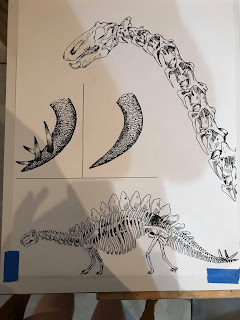 Some bones she created and even a toy she made. 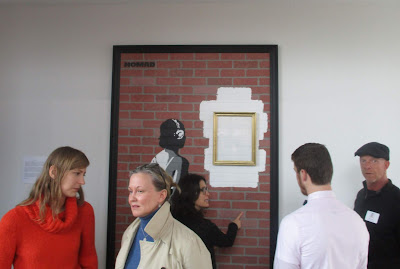 Parents flew in from around the country. 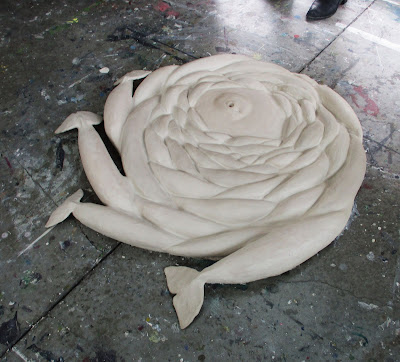 The work was quite impressive, like this whales eye. 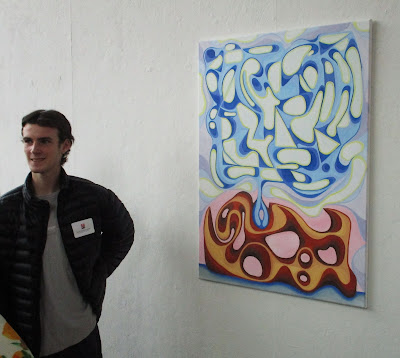 Another student with his painting. 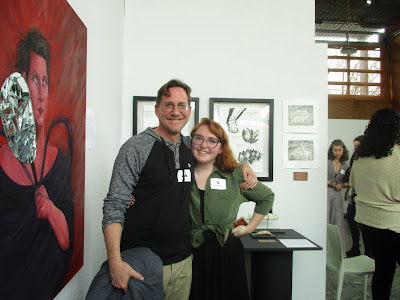 All in all I think they had a blast.

In the meantime I was picking up Chloe who came limping off her international flight from Scotland, completely disheveled like she'd been in a boxing match. She had so much luggage and bags that I have no idea how she got from the University of Glasgow to the airport at 4am that morning. Funnily enough neither did she. She couldn't remember as she was running very late for her flight and panicked. She must have injured her leg doing it because she arrived home with a sprained ankle, and bruises all over her shins.  Anyway, she was VERY happy to be home.

Right now though, everyone is home now for the holidays. I have last minute Christmas shopping to do, of course, because I spent this week running holiday parties in my classes and shipping mask orders for other people's Christmas lists. We're going to see family in Cottonwood in the mountains this week on Christmas, and then Naomi and Phoebe will be going to youth winter camp in California. Chloe's boyfriend, Carson, is flying in this week as well, and we're taking them on a Mexican road trip. So many adventures to come!! Happy Holidays!