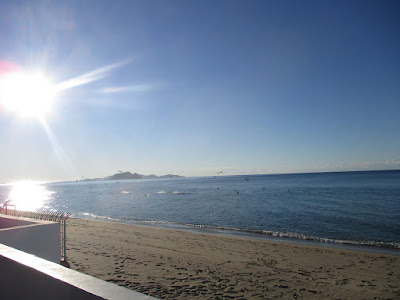 There's nothing quite like waking up and looking out at the sea. 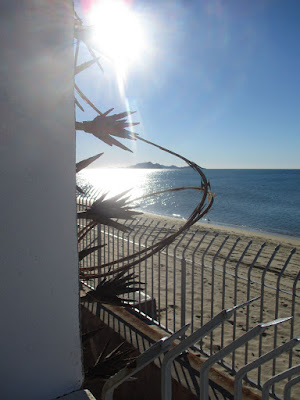 The patio is lined with bird defenses. 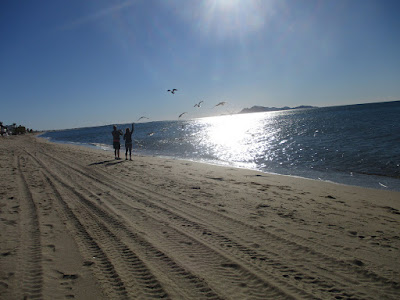 And there are SO many birds. Between the gulls and the pelicans they are constant. 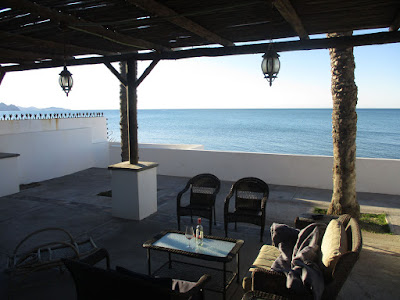 When we woke, it was clear the Carson and Chloe had a late night on the beach, so we got up and dressed and took Oscar out for a walk. It was obvious the kids would be sleeping for some time. 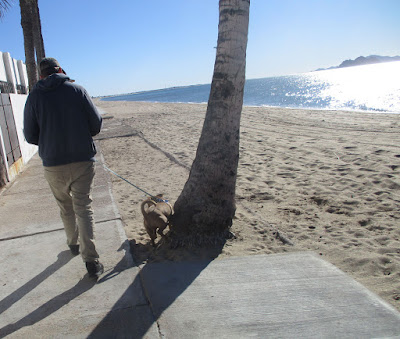 It was a beautiful morning. 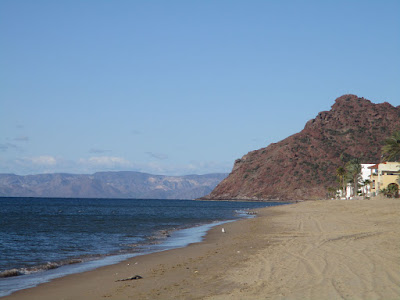 Even with the incredible winds. 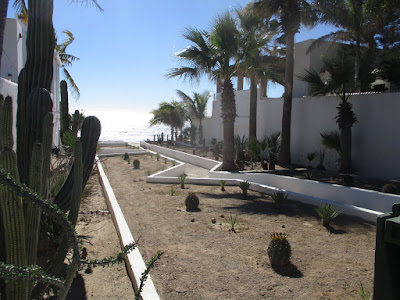 Soon, though, the winds became too intense so we headed over to the streets. 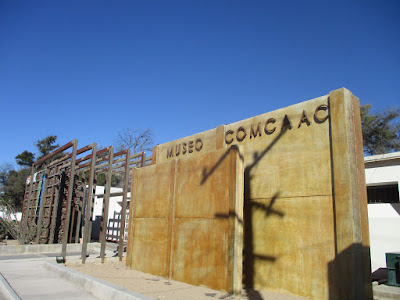 We found this museum across the street, but we failed to go out and check it out. 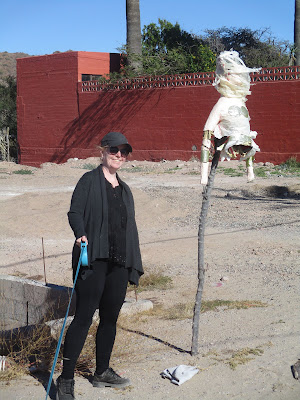 We also found this strange mannequin. (Just the upper half of it anyway). 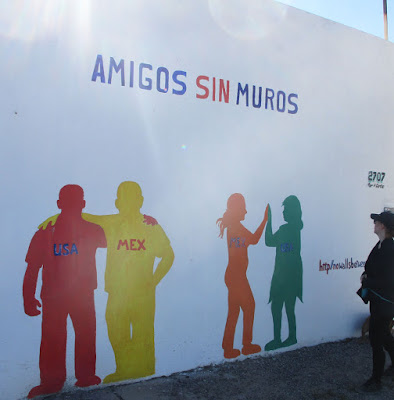 And this mural which literally means Friends without walls. 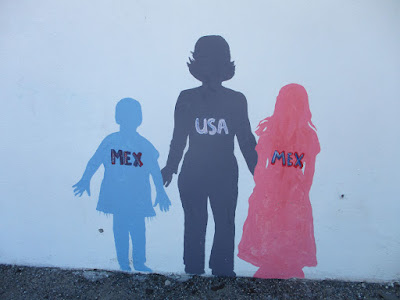 Close up on mural. 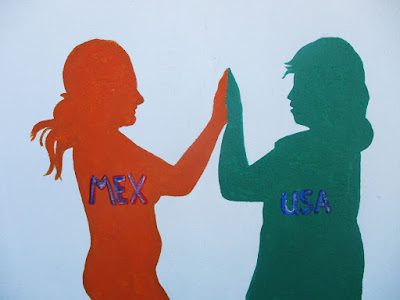 I wish it was a better painting, but you get the message. 😀 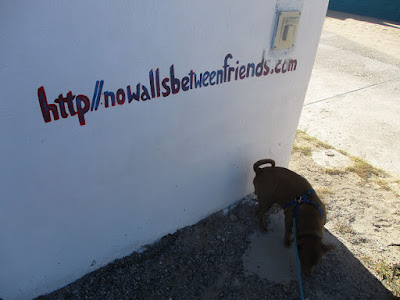 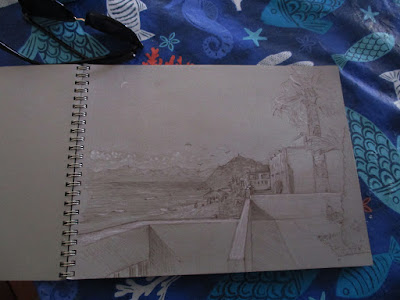 After exploring Mike and I spent some time drawing. This is his drawing out from the patio. 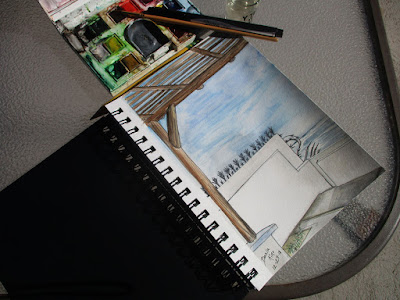 My drawing from the patio.

Later the kids woke up and we went off to buy food for lunch, which turned very fancy fajitas made by Carson and Chloe. Let me just say, Bahía Kino is beautiful!!