A Sea Monster in Tempe 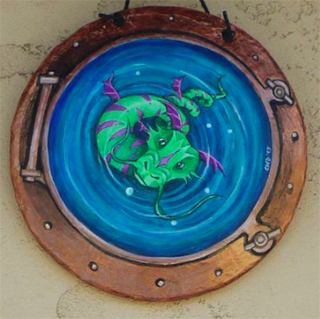 Last weekend was a whirlwind for me, as I was booked to draw be a chalk artist at the Tempe Festival of the arts.  The design was based on my (very small) painting that I sold a few years ago and decided to recreate as a large 10 foot mural. This festival allowed me to use some tempera paints as a base, many don't, but I thought I'd try it. This paint is washable and often in children's art programs. As you can see I ran out of blue. 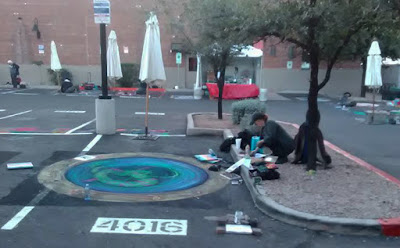 It had rained Thursday night so much of our time Friday morning was spent hoping our wet paint would dry on the wet pavement. Mike came and helped me quite a bit with the painting part 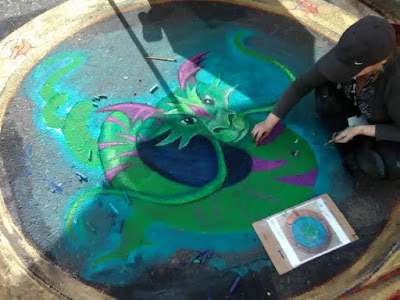 Eventually, i just started using chalk on the wet paint. It was really pretty challenging (which is code for saying frustrating and annoying). 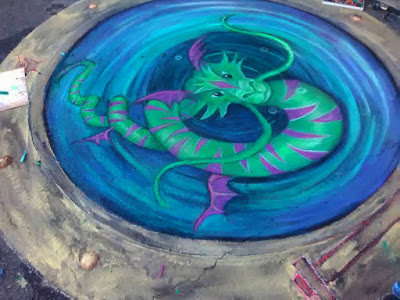 On the first day of the festival I left around 4pm when it looked like this. We had to race home and negotiate a new lease on our apartment as the office was closed on Saturday. I also had to quick shower so I didn't show up covered in chalk. It was a bit hectic. 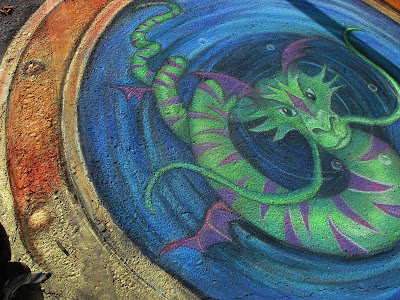 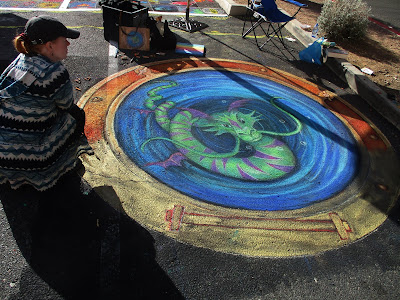 This is me taking a moment to breathe. The rocky pavement of the parking lot was quite challenging to draw on. 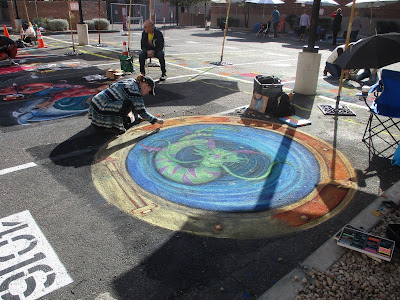 It was a big event and many of the artists flew in from around the country. Some of them I had met in Florida at the big International festival and all of them were incredible artists. 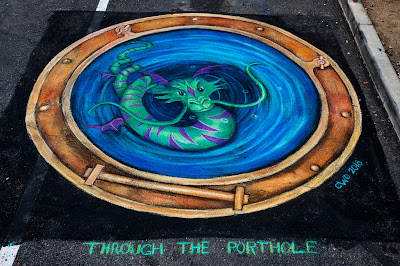 By noon I had finished on Saturday. I completed it quickly, even for me. Usually I work non-stop on day #1 because I know on day #2 I will hardly be able to move, I get so sore. In the end I was quite happy with my mural.

I decided not to come in on Sunday because I'd finished the drawing and was really tired of the traffic in and out of the Festival. So I stayed home and managed to cut my finger open taking out recyclables. Then while buying bandages at Target I ran into one of my students with her Mom. They had just come from the Tempe festival and saw my mural. My student, a first grader, ran around telling everyone that her teacher drew that and gave me a big hug at the store. Afterwards I kinda wished I'd gone back instead of staying home and injuring myself! 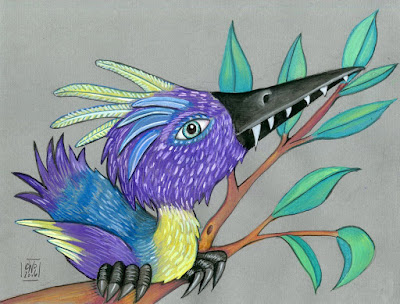 Earlier this week I received a surprise in the mail. It was the catalog from the Ex-Liris Creatures of Fantasy Exhibit in Guadalupe, Mexico. 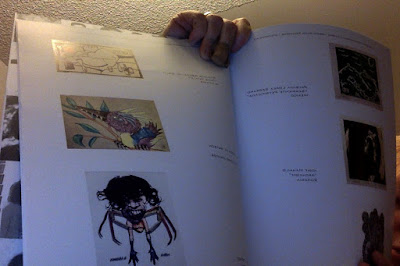 This is a terrible shot of my piece "The Vampire Finch" in the catalog. I actually had three pieces in the exhibit but only one made it into the catalog along with a photo of me. Anyway the museum in Zacatacas, Mexico is definitely one I'd love to visit some day! 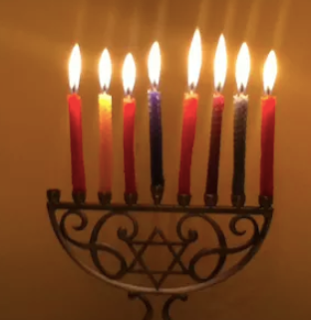 Finally, tonight is the seventh night of Hanukkah. Happy Hanukkah to all who celebrate!