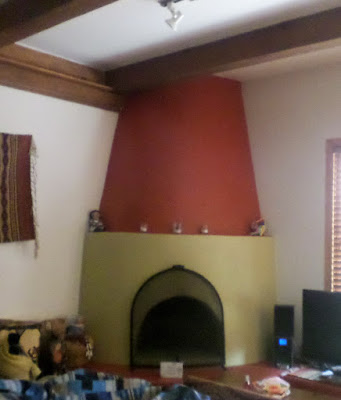 This was the fireplace in the condo (there was one in our place in Mexico and in San Diego as well).  For the first time in years we were in a place where it made sense to build a fire, so here we did, almost every night. It was Naomi's favorite activity. 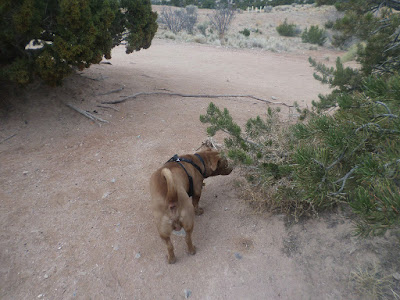 We also found a huge dog park about 2 blocks away with many, many hiking trails. 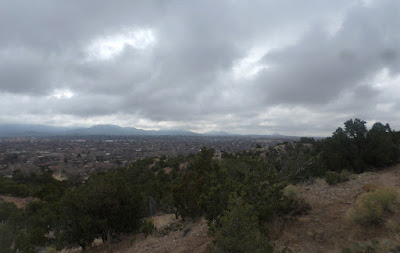 As you can see it was pretty rainy (and chilly) while we were there, but the park had some amazing views. 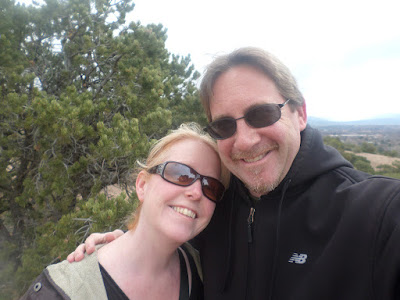 Our selfie on the trail. 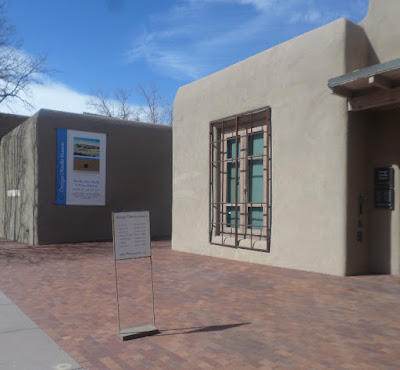 We managed to stop in on the Georgie O'Keefe museum. 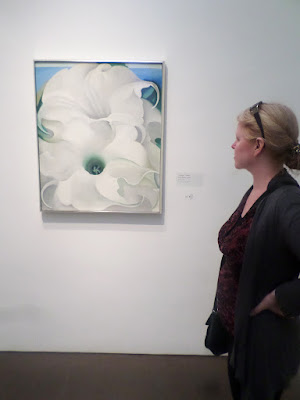 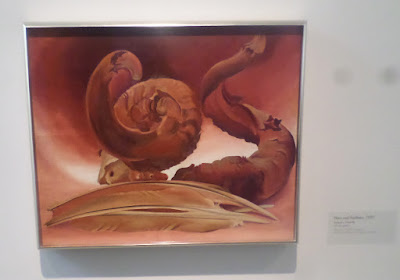 An art student was set up in front of this one drawing a copy. 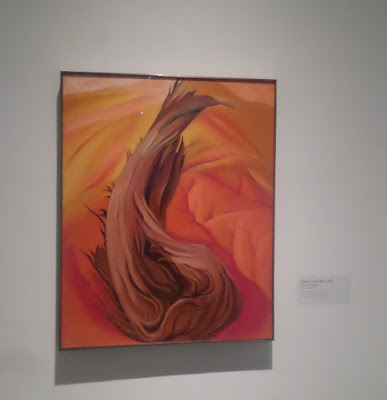 I'm sharing this one because I'd never seen it before. 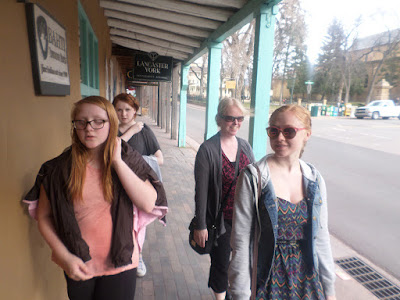 Walking near the plaza. 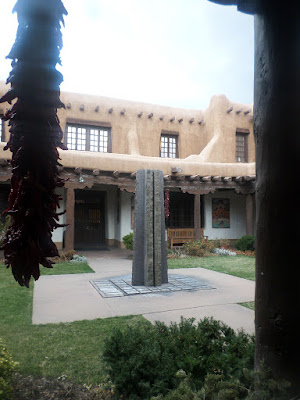 More hanging chiles at the New Mexico Museum of Art. 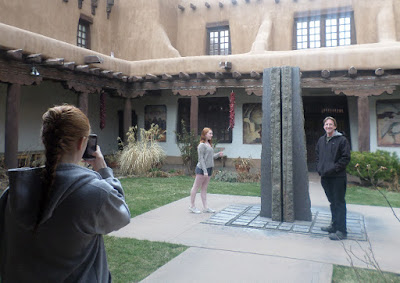 In the courtyard at The Museum of Art. 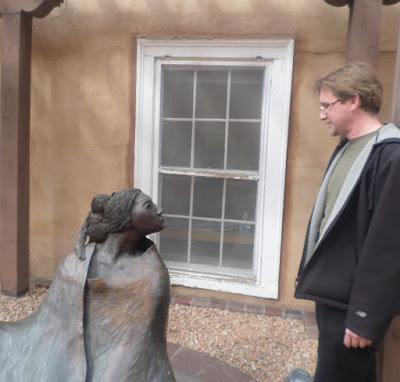 Mike with a statue lady. 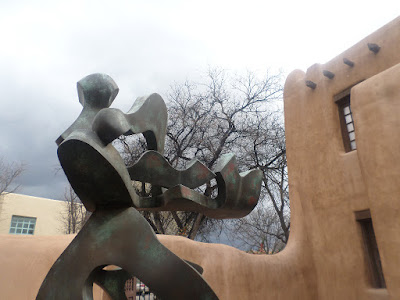 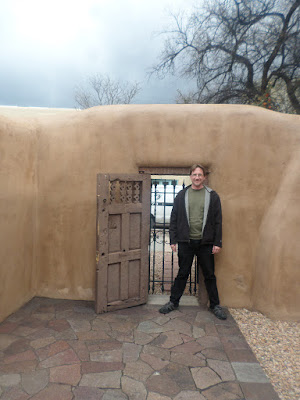 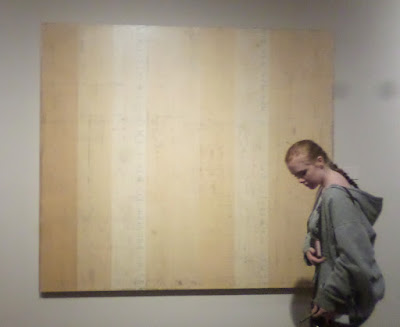 You can't see it in the photo, but Chloe jotted down the poem that's written all over this painting in The New Mexico Museum of Art.  I should ask her what it said....

Anyway, Santa Fe was a nice break from the heat that's starting to build here in Phoenix.  On Monday after we got back I turned on the a/c for the first time since October.   The temperature here is already up to 90ºF some days. I did manage to get something done while I was away..... 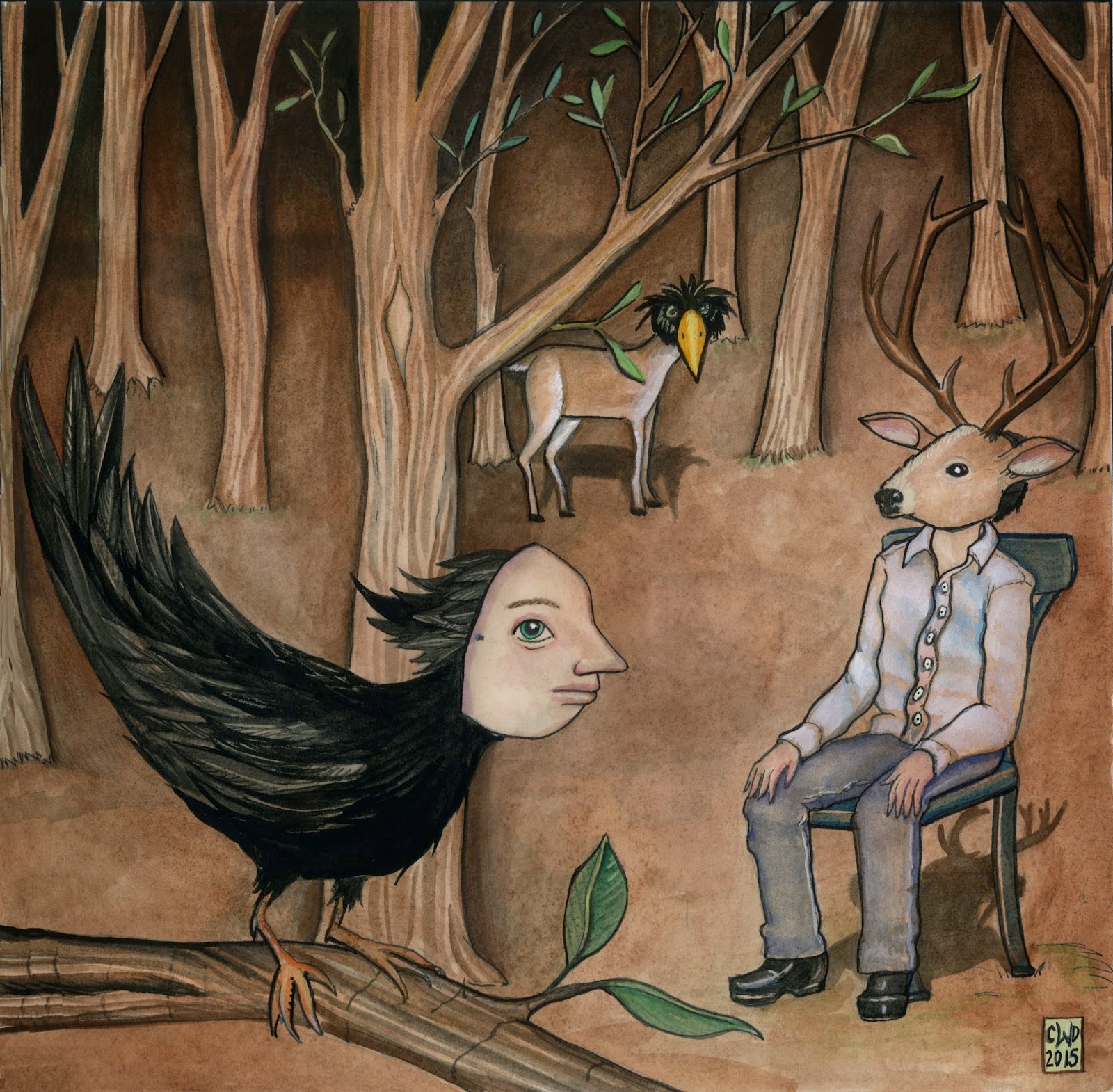 I painted this image, "Trading Faces" in watercolor for a May exhibit in Llece, Italy at their provincial library.  It's already making the trip as I type this.

Also my kickstarter for "The Hiccup Monster" is slow going, but still going....