This last week has been less productive for me in my work.  I did manage to finish this sculpture: 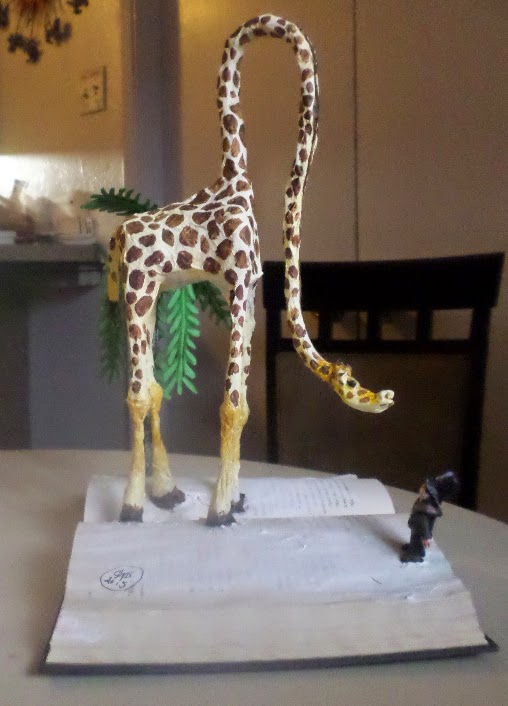 It's called "The Encounter". 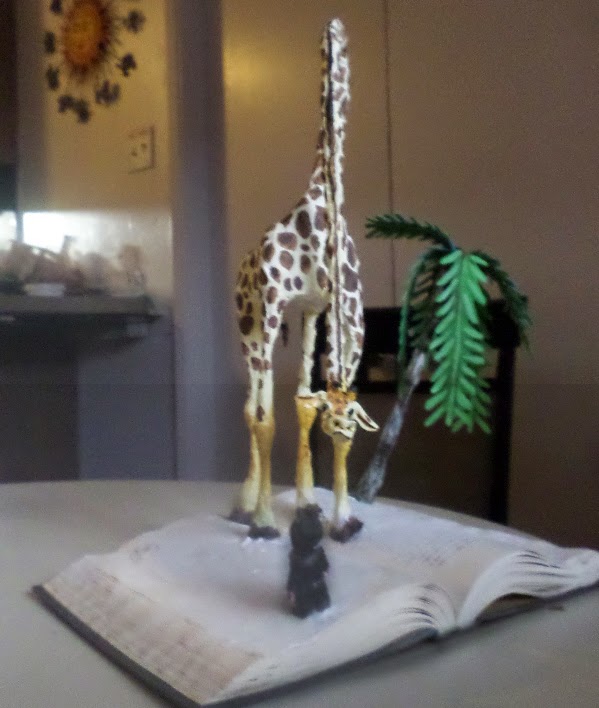 Unfortunately this one's a bit blurry, but you get the idea.... It's a giraffe.

Anyway, I blame our productivity problems on the near constant jack hammering going on in the courtyard outside.  They've filled in our pool and are putting in a barbecue pit.  I'm sure they'll finish in time for summer, when no one even wants to go outside around here, let alone start fires and cook.

Last weekend we decided to get away from all the noise and check out "Canal Convergence" an arts festival on the Scottsdale waterfront.... 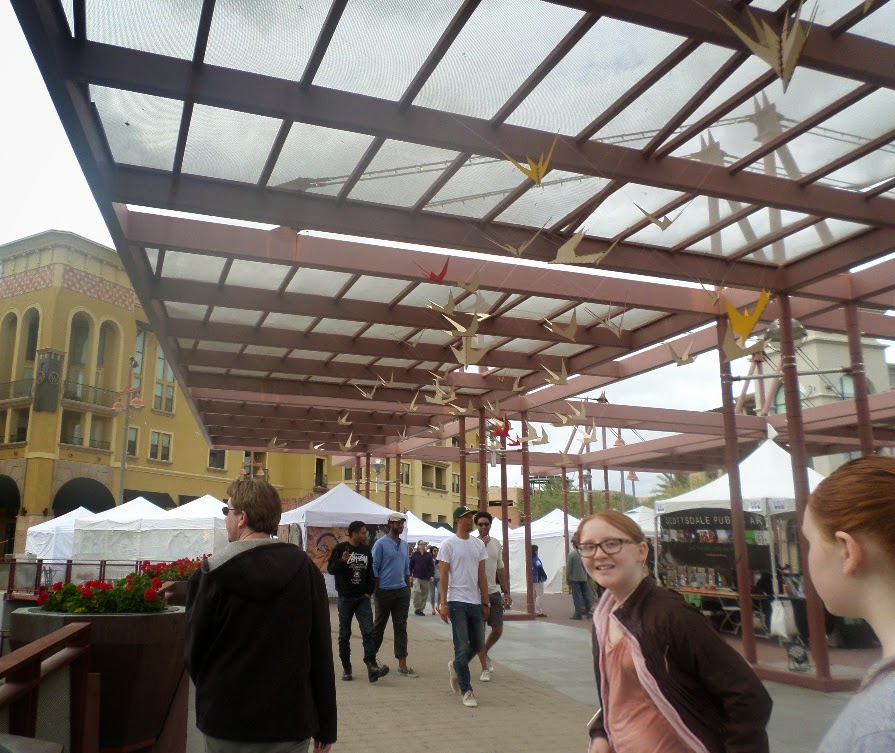 Mike and the girls crossing the bridge into the festival. 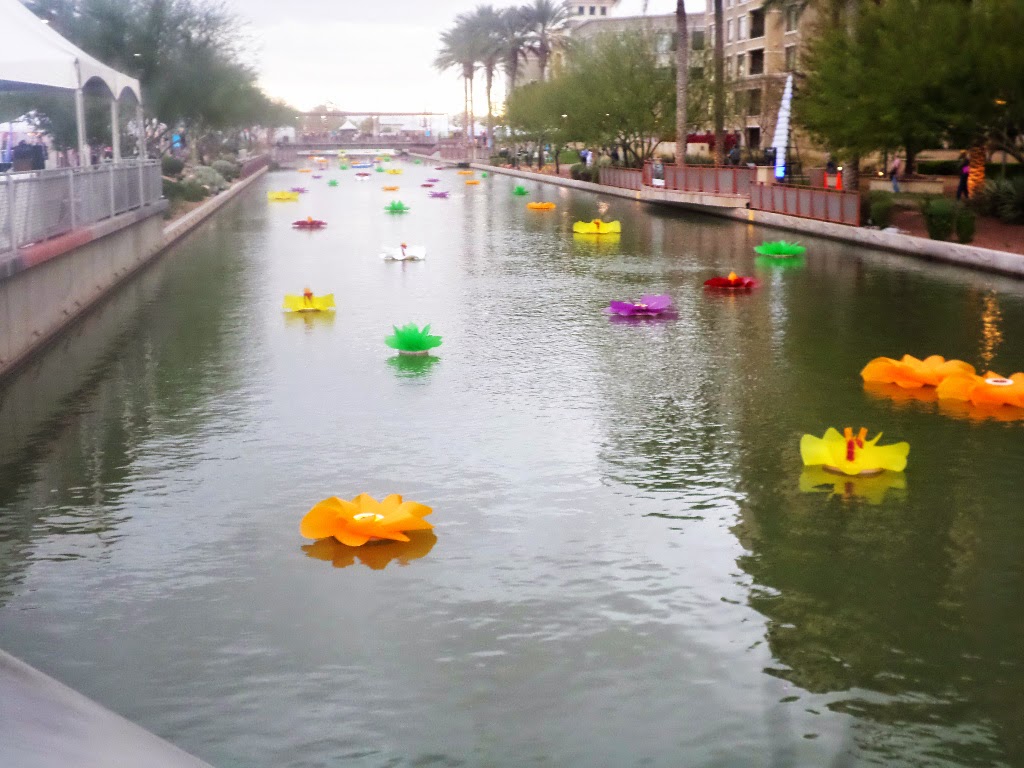 The canal was full of flowers. 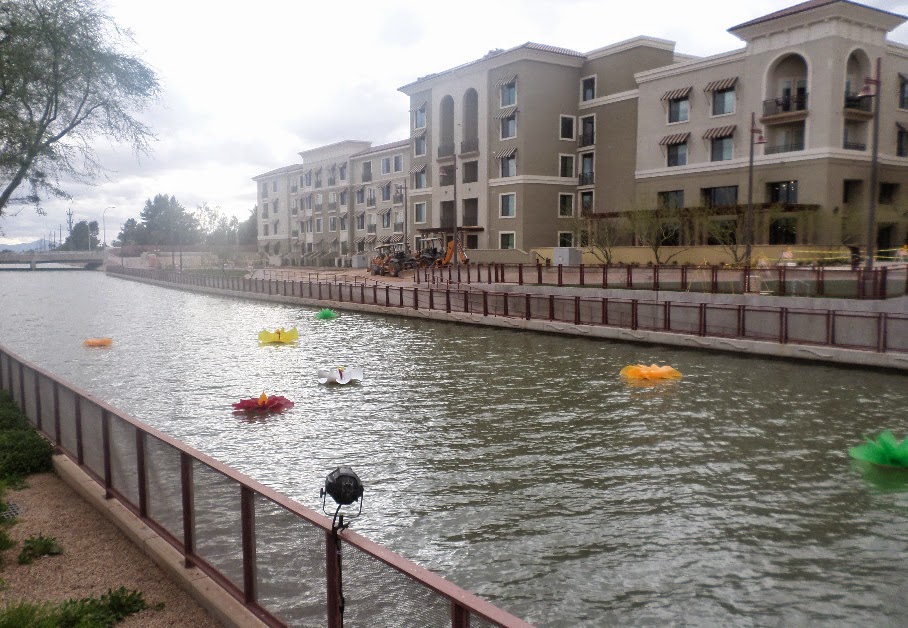 They're of course not real. 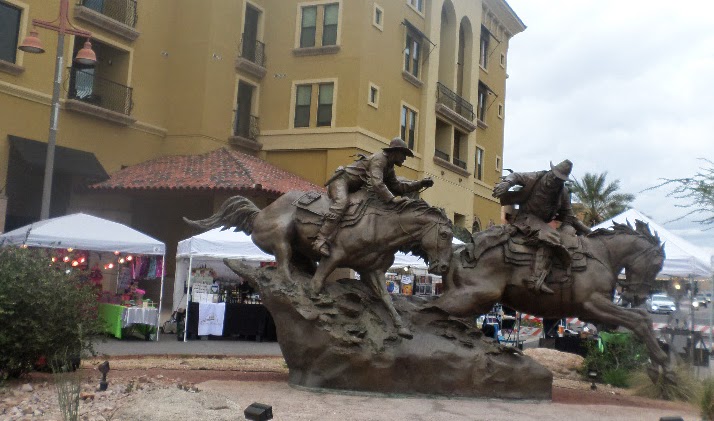 This amazing sculpture is one of many permanent installations in Scottsdale. 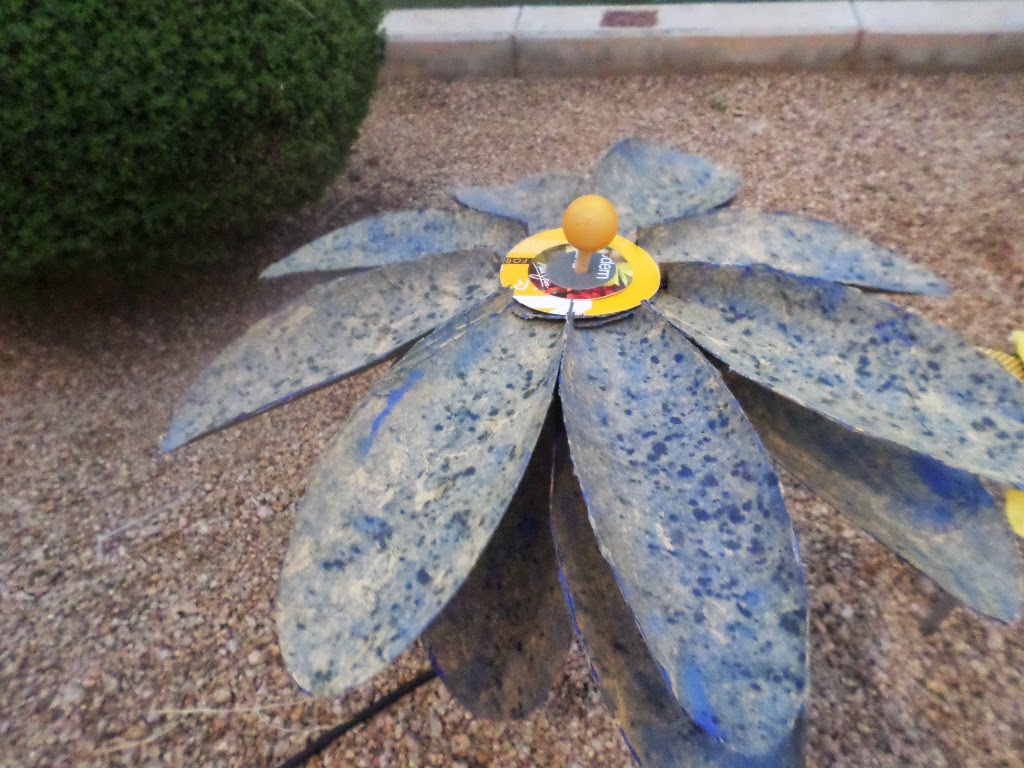 In addition to the flowers in the canal there were many flowers like this decorating the waterfront. 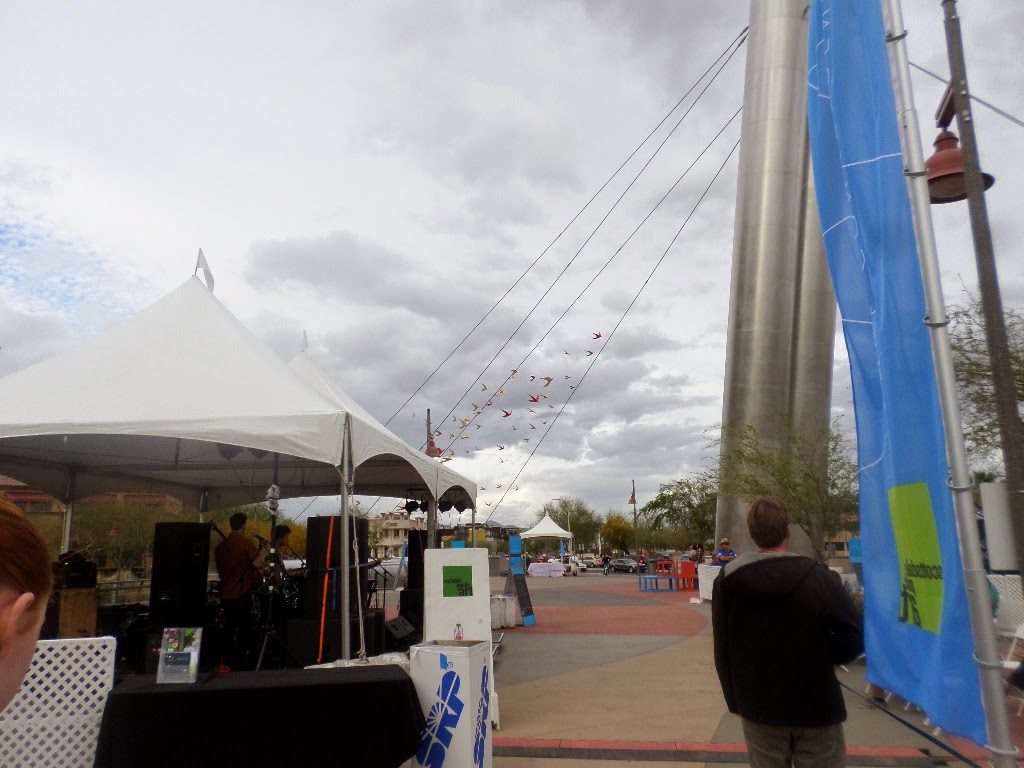 It was a pretty gloomy day, but in Phoenix rain is sort of an exciting event that people like to go out in.  In a way we were all hoping it would rain. 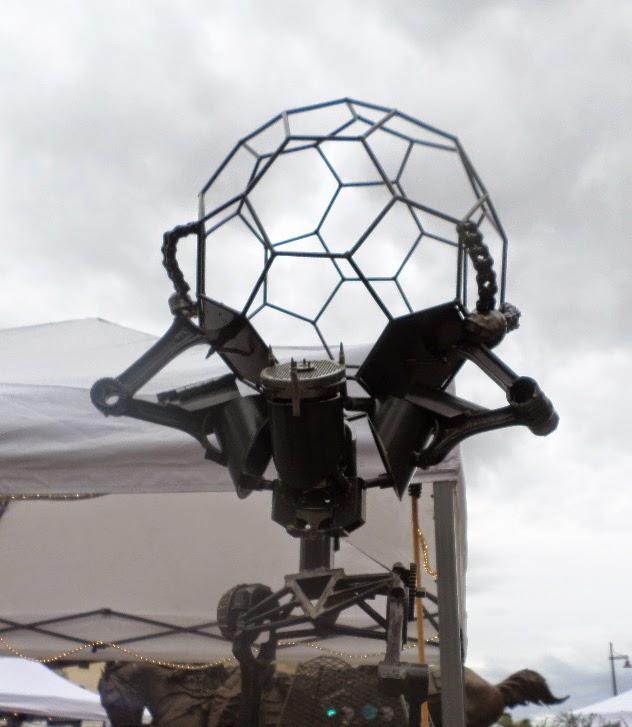 Some kind of hexagon sculpture. 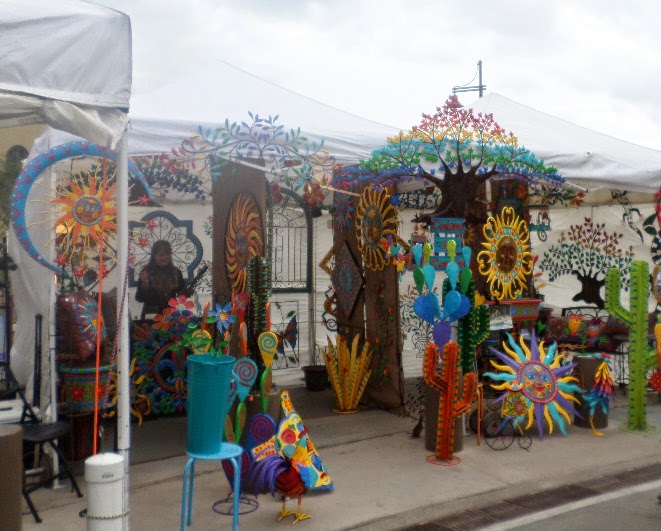 I loved these colorful metal sculptures.  After walking about a bit we stopped into a fancy bakery that had a lot of cakes that looked like other things.  There was a stack of fancy pillows cake, a guitar with amp cake, and one that was a giant cupcake.  I wish I'd gotten photos, but all we got was a cheesecake (which was pretty awesome too!). 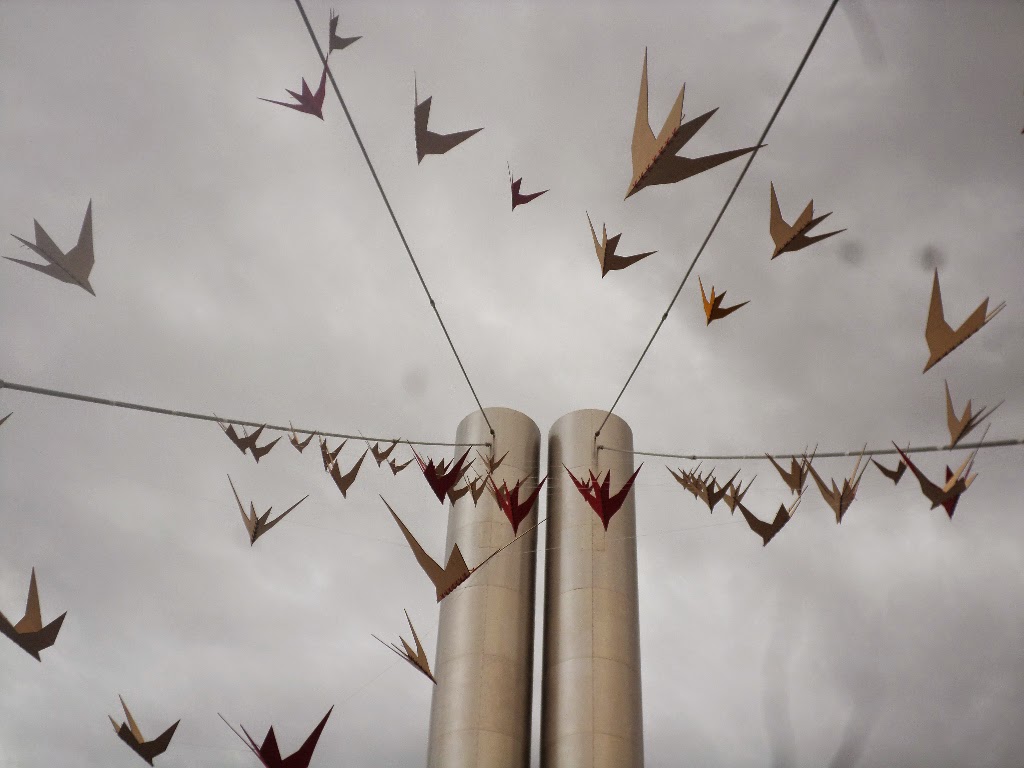 After the bakery we rushed back over the bridge to see the dancers.  While we waited I took photos of the stunning bird sculpture that loomed above.

As you can see from this photo though the sky was darkening. 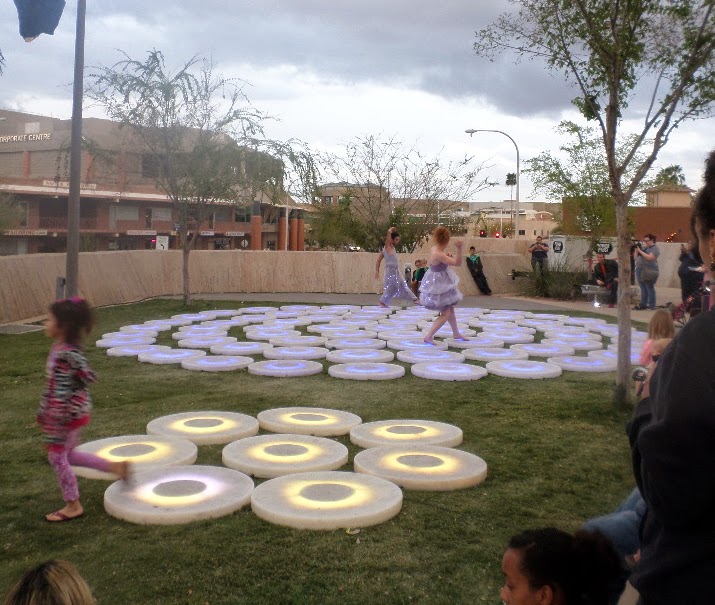 The dancers began their dance here on this art installation of glowing disks. 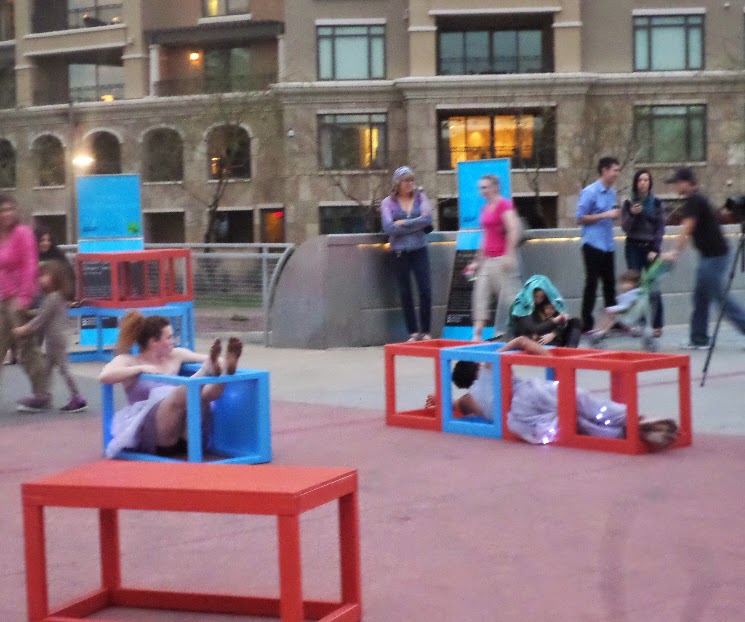 Then they moved over into these boxes set up on the promenade.  And then.... It started raining. Kind of a lot, so we decided to head back. 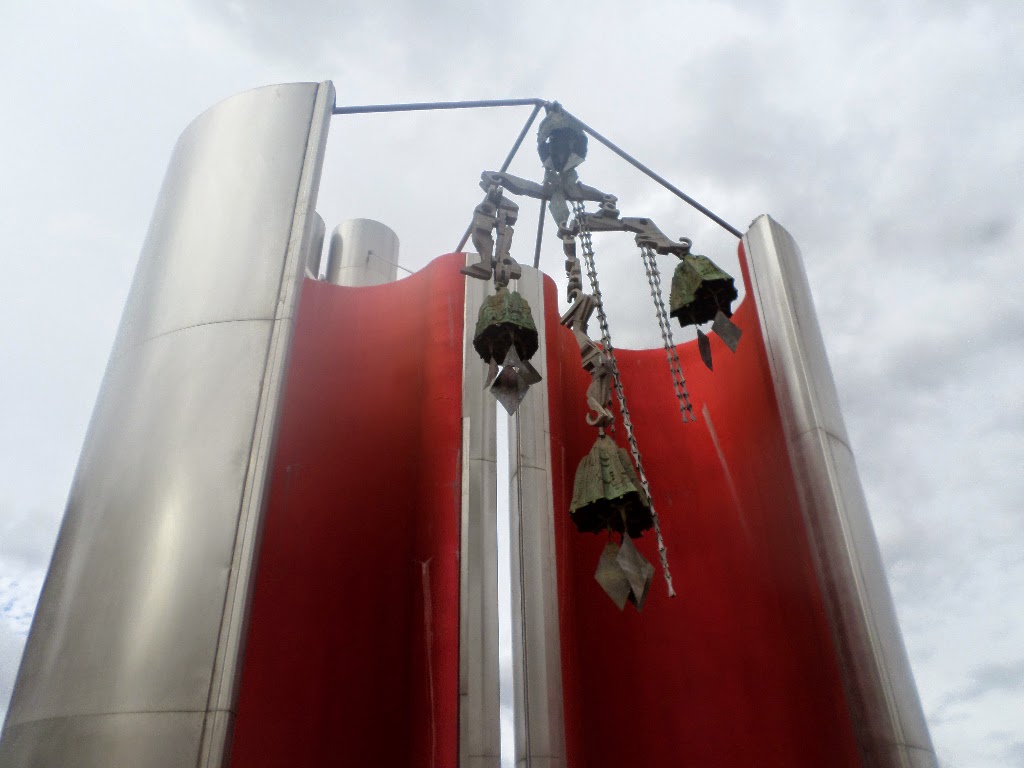 On our way out I snapped this picture of the bell tower. 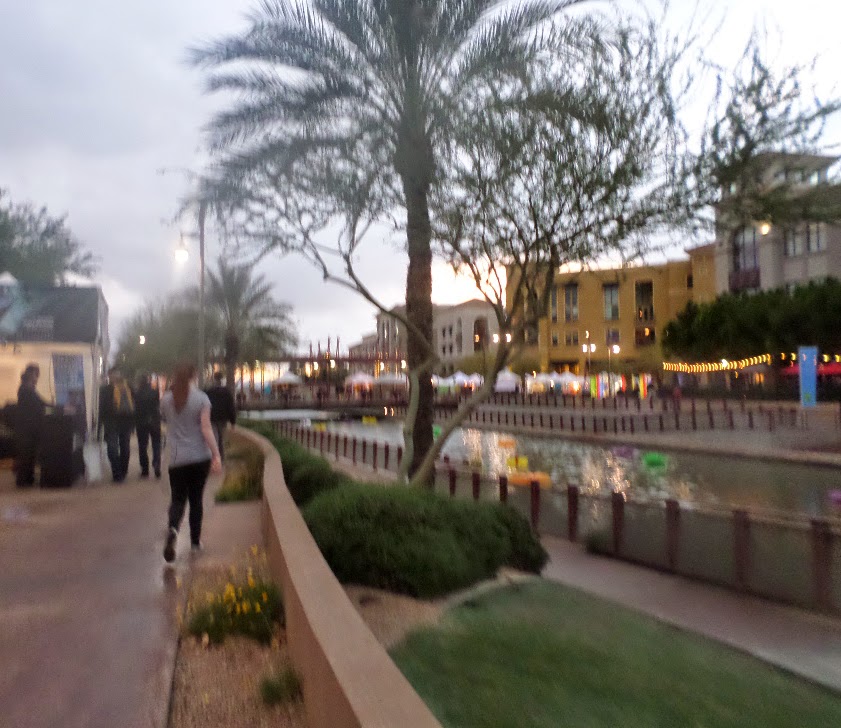 Phoebe in the rain (she didn't grab a jacket.) 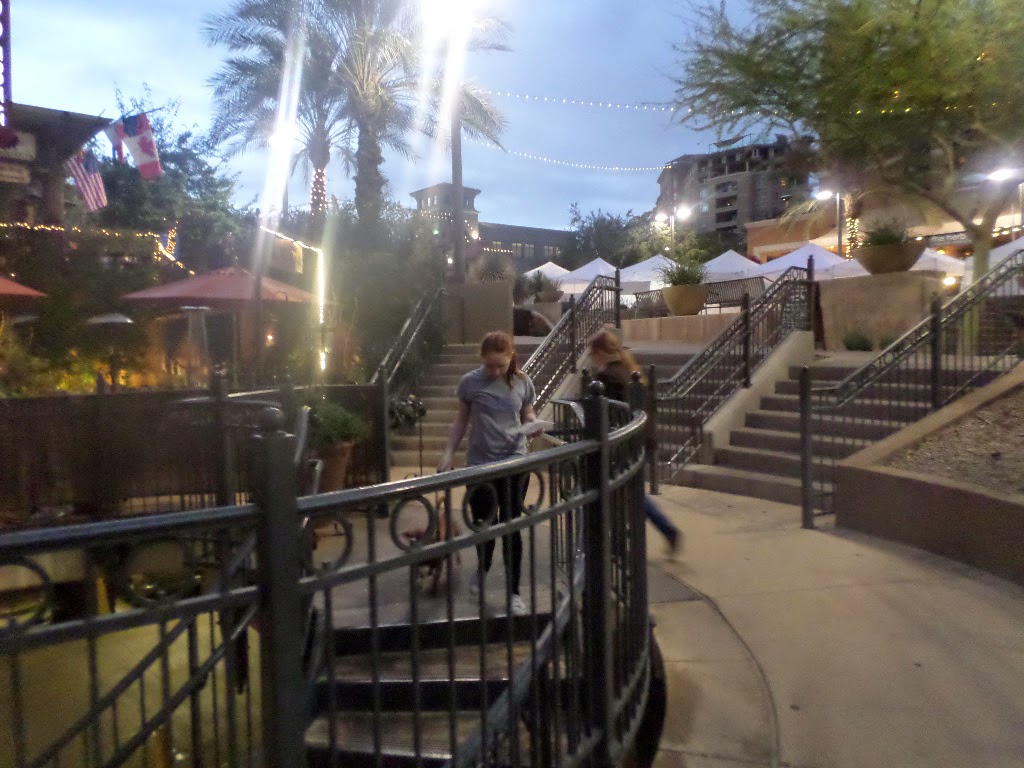 The girls heading down to the car.

Tonight is the Mutant Piñata Show opening at the Frontal Lobe gallery.  I dropped off my sculpture "Neato Mosquito" at the gallery on Monday.  I'm so looking forward to seeing this year's exhibit!

In other news, Phoebe has been selected to direct her school's Spring Show!  She's thrilled and already fairly stressed out ( isn't theater grand!).  Chloe leaves on Saturday with a group from her school to go down to Mexico.  They're going to the border to learn about migrant workers and talking with deportees.  She's super excited about the trip, I'm less excited as I have to get her to the school by her 5:30 am departure!