Back to the Red River...

Tomorrow morning at 12pm central time we go live again with "Art of The Red River"!
This month's guests should be a fascinating bunch! 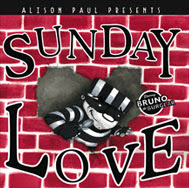 First on we'll have Alison Paul, originally a native of sunny California, who lived a comfortable snow-free existence until attending the Rhode Island School of Design. Even though she's graduated, she inexplicably remains residing in Providence, Rhode Island.  She's the author and illustrator of two children's books from Houghton Mifflin, her most recent book is pictured above.  She's also created animation and works with cut paper and collage. 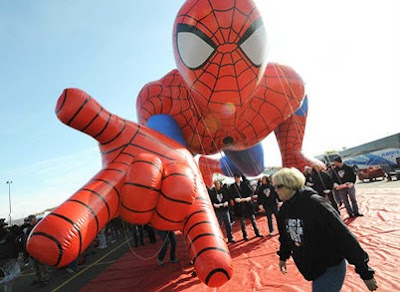 Our second guest is Scott Johnson and yes, this parade ballon for the Macy's Thanksgiving Day parade in NYC was one of many Spiderman projects he worked on! In 2005,  Scott Johnson became the first artist ever to sign an exclusive contract with Marvel Characters Inc. After four years of exclusivity he is now freelancing again, but his relationship with Marvel remains strong and he continues to create art for their products, among many other clients. Scott currently works from his home studio in the Chicago suburbs where he lives with his wife and 2 children. 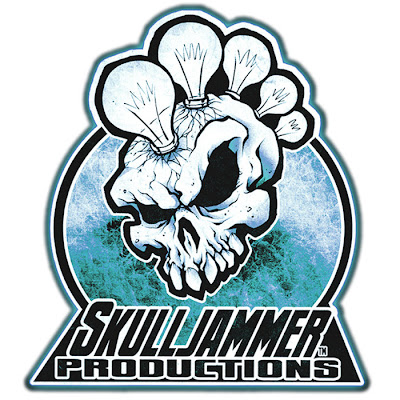 Closing the show we have cartoonist, Ben Glendenning. He was born and raised in Evart, Michigan, where his dad inspired what would be his lifelong obsession with comics. Currently living in Arizona with his family, he's created and produced the successful mini-series “Skulljammer" and is the artist on the popular comic series "Zombies vs Cheerleaders".
In the meantime we're still wandering through the sea of weirdos (ummmm...errr... comic enthusiasts) over at the San Diego Comic Con.  Today I'm drawing for the benefit of The Cartoon Art Museum at booth #1930 from 12pm-1pm! I'm also handing out a copies of my comics, "The People That Melt in the Rain" and "The Horribles" (the latter of which can be purchased here if you aren't at comic con today!)
Email Post
Labels: Alison Paul Art of the Red River Ben Glendenning Cartoon Art Museum radio-show Scott Johnson SDCC The Horribles The People that Melt in The Rain

Carolyn Watson-Dubisch said…
Good show, but a technical difficulty made it impossible for our last guest to connect. Ben Glendenning has been rescheduled for a later show.
July 26, 2011 at 8:29 AM