Opening night of "Seussical" inches closer.  Phoebe and Naomi (and most of the cast) had head shots taken by a photographer at rehearsal today (for publicity).  Tickets are on sale here , and I've finally really made progress with the Circus McGurkus Train.... 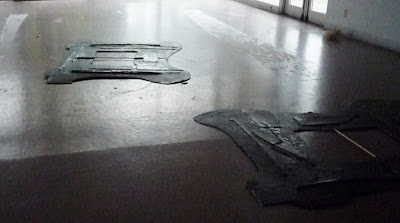 Phoebe and Naomi helped me out last week and painted the backs black while I finished the chair. 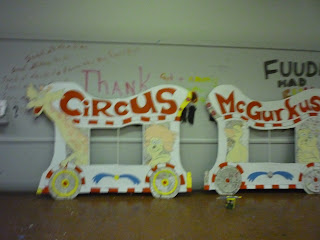 Here's a blurry shot of the flats half painted. 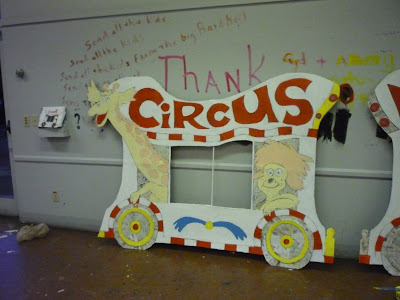 A better photo of the front car. 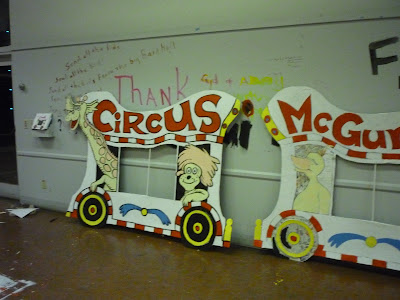 One with black and one without. I did finish today, but my camera's in Chicago with Mike.   I have to say I miss Mike a lot more than my camera.  He's at the opening of this show.  He has several pieces showing in it, and it's quite a big deal.  His work is already hanging more locally here... 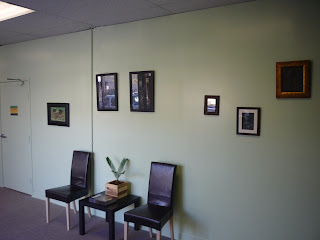 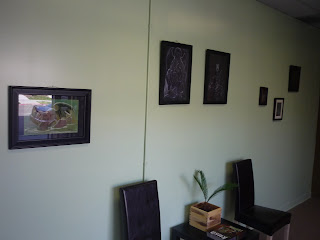 These aren't the greatest photos, but this is at the Chi Holistic Collective on 5th Avenue here in San Diego.   Stop by if you're in town!
Email Post
Labels: art show Frank Frazetta sets Seussical train