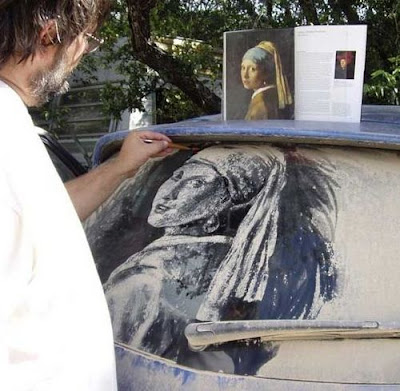 I don't know this guy but he's doing lovely job! 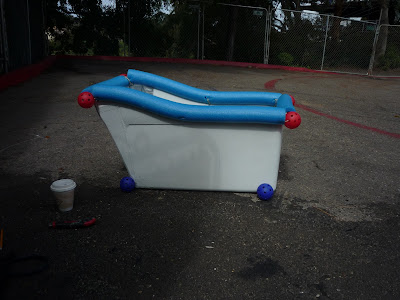 The work I'm doing on the Seussical sets and props is also temporary, though not quite as temporary as that.  This week I worked on Jojo's bathtub.  This tub was built by our director of sets, Paula Johnson. 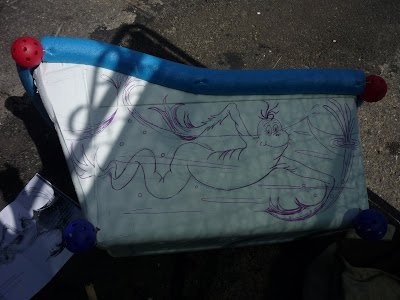 She gave me an image from Dr. Seuss's "McElligott's Pool".  This is after I drew it on. 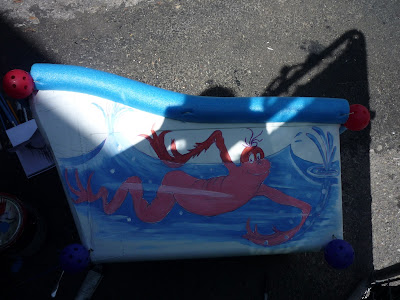 Then I painted in the blue and red. 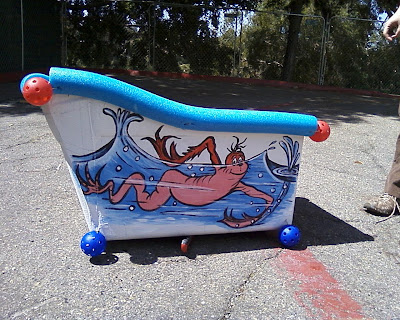 And here it is finished. 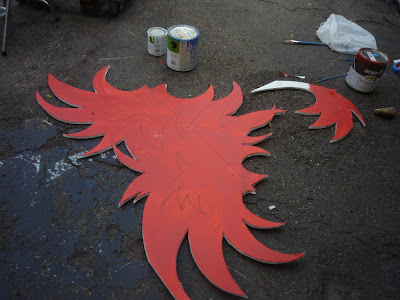 I also worked on these pieces for Horton's Nest. 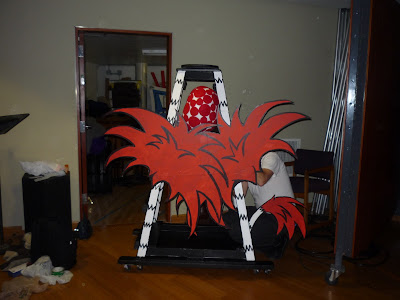 Here they are added to the set piece (built by Paul Hillery) and the egg was created by Pam Raney from costumes.  Horton will sit up top for a lot of act 2 so they're adding a cushion.  Just a week and a half till opening night, and both Mike and I are on the makeup team.    Hmmm....I should probably figure out some of the face painting.
Email Post
Labels: Art bathtub drawing egg Horton's Nest Looking Glass Theatre props sets Seussical