Yesterday was the second show of Art of The Red River! My co-host Wade Zahares, was on a plane to Miami during the live broadcast so my husband, Mike, filled in for him. We also had two amazing artists to talk with. Glen Garner, a pop-surrealist artist from Copenhagen, Denmark. His work has been in galleries across Europe and this piece was sold in a recent exhibit at Galleri Elsie Toft in Kolding, Denmark. 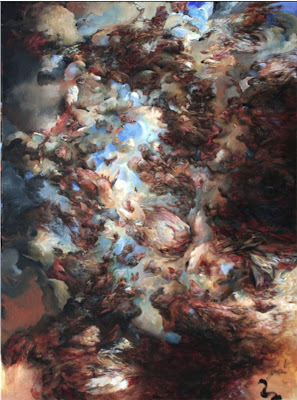 Our second guest was Travis Louie, a popular New York based artist who's monsterous victorian portraits have swept through the art world in the U.S. and has an amazing new book coming out of his work called "Travis Louie's Curiousities" 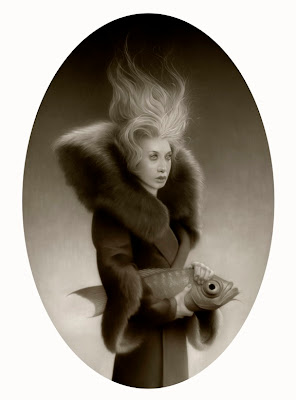 The show went well with a small technical difficulty in the beginning, but all in all we're finding our groove as talk show hosts and even though Wade will be back for the next one, Mike has decided that he will stay on as a regular host as well.  Which is great the way the show is taking shape! To listen to the archived show click here!
Over the weekend Chloe told me she's been having trouble reading the board in school.  So on the drive to school yesterday Mike tested her eyes with street signs...  She could hardly read any until they were on top of them.  It's no wonder she was banned from the go-carts at "Boomers" for repeated crashing!  It turns out she's extremely near-sighted and the optometrist couldn't believe she had not said anything for so long! She's got her new glasses now (which I think look amazing!), and was astonished at everything around her. So now she's studying the ground, the sky and world in focus! 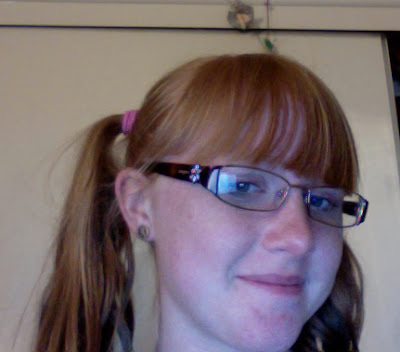 Kate said…
I remember when I got my glasses for the first time, I was simply amazed by the leaves on trees - they were individual leaves and not just a big lump of green!
March 1, 2011 at 5:57 PM