The first anniversary is paper, I know that because the masks I make in my etsy store are paper mache and people order them all the time for this! Anyway for our 25th Anniversary we went with luchadors! 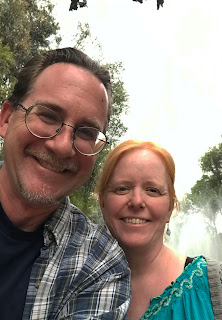 Here we are in a park in barrio Roma before the event. We showed up an hour early so we could walk the neighborhood and get dinner. The restaurants in this part of town were plentiful and really nice! We actually had fish and chips, which believe it or not was a great idea! Some of the best food we'd tried. Definitely as good as any fish and chips we had in Ireland last summer! 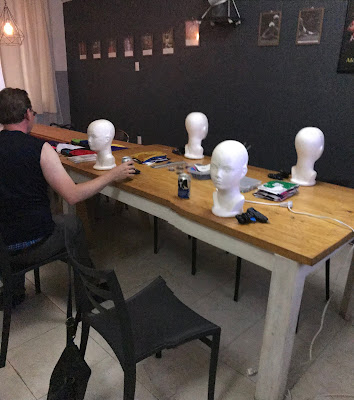 I scheduled a workshop on making a luchador mask before the match, because as a mask maker I had to try this. 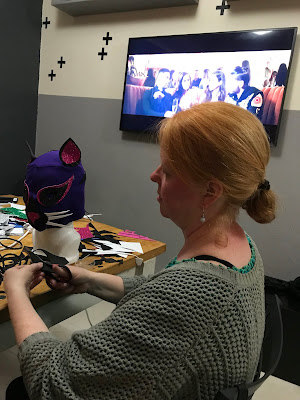 Before we started Fernando, our host gave us a history of the Luchador. Apparently each wrestler's mask is their whole identity. Unmasking him would ruin his whole career.  In this shot you can see I decided to make a cat mask, in honor of our many friends in our residence on this trip. 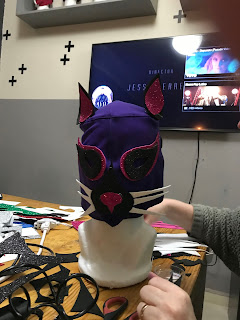 Nearly finished, but before I added black stripes. 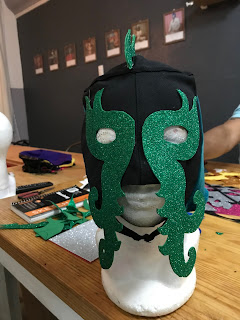 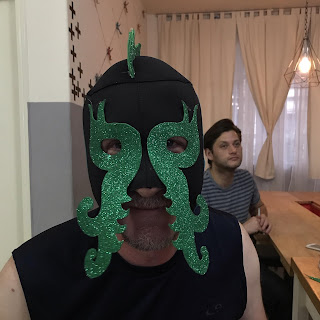 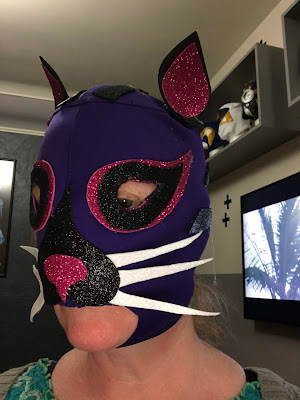 It was great fun, as I hadn't made any masks in a week. 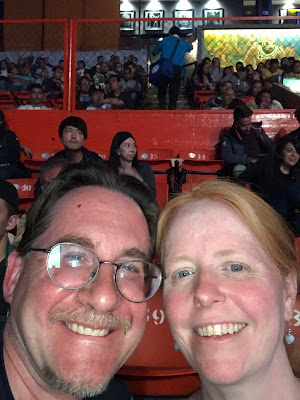 Then it was off to the match! (Here we are in the arena) 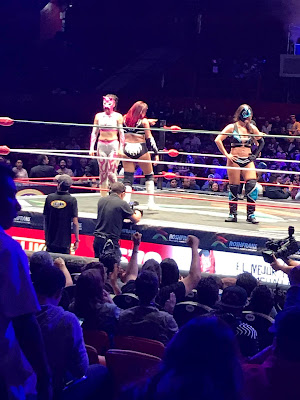 The show starts with women wrestlers. The crowd was wild for these luchadoras! 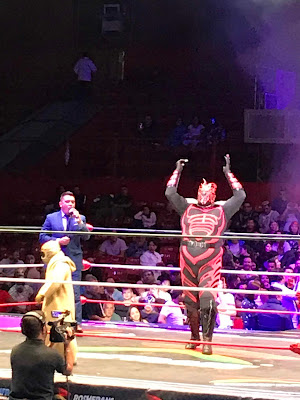 It was one match after another. The crowd and energy was incredible, they kept yelling out "Gordo!" to this guy in the red because they thought he was fat. He was definitely a presence! 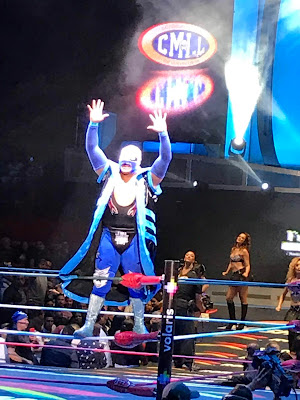 This wrestler was just introduced and he waves to the crowd from the ropes. The dancers behind him always helped with the introductions (those girls had so many costume changes it was hard to keep up!) 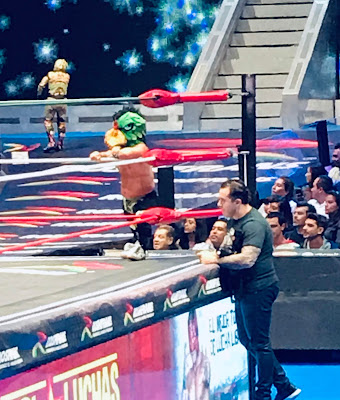 As you can see the masks and costumes were incredible. This wrestling "little person" had the most impressive bird mask on. Don't be fooled by his size, this guy was fierce! 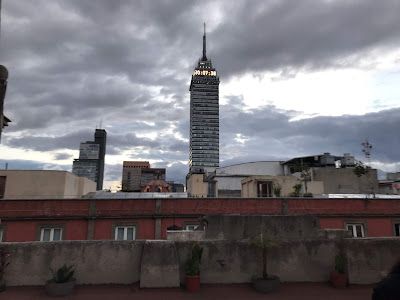 Anyway we had a fantastic night and anniversary. Starting to feel sad as we are coming to the end of our time in this surreal and magical place.